How did they compare to your traditional, in person interview?

The two words that come to mind are ‘overwhelming’ and a bit ‘awkward’.

When I joined the video link emailed to me prior to one of my interviews, I was met with six different faces hovering around the edge of my screen. An intimidating start to say the least. More on this later.

I quickly learned however (ironically over Zoom), that I was not the only one having difficulties navigating the digital interview process. Friends and family were having similar experiences, many of whom are highly skilled individuals with years of experience. They felt that their recent video interviews had resulted in poor performances. One friend made the point that businesses were shooting themselves in the foot in a sense. They were letting quality talent pass them by due to the way in which they were conducting the interviews.

The purpose of this article isn’t to berate startups about their remote interview processes. We’re all living in the midst of a pandemic and therefore trying to adapt as best we can. Many businesses had never conducted interviews over Zoom prior to the Covid-19 pandemic. Some may never have interviewed in person. Therefore, it’s completely understandable that teething problems exist.

I felt startups could benefit from the feedback my friends and I have noted as interviewees. I’ve listed the three main mistakes that our interviewers made during the Zoom calls and offer some tips and advice on how they can overcome them.

Before my most recent Zoom interview, I can’t say that I’d ever been interviewed by more than two people at one time. So, when I saw six faces staring back at me, I immediately felt quite intimidated.

Do you remember how it felt to have your older siblings, cousins or neighbours gang up on you out of nowhere when you were younger? That’s kind of how I felt in this situation.

Six interviewers was simply too much and quite frankly seemed unnecessary. I’d recommend that companies have one to two interviewers on Zoom calls, three at the most.

If it’s the case that more than two or three individuals must screen a potential employee, consider conducting two rounds of interviews. If a candidate is successful in their first interview, invite them to a second round of interviews.

As stated previously, intimidating candidates with an onslaught of interviewees may well result in your company letting highly qualified candidates pass you by. 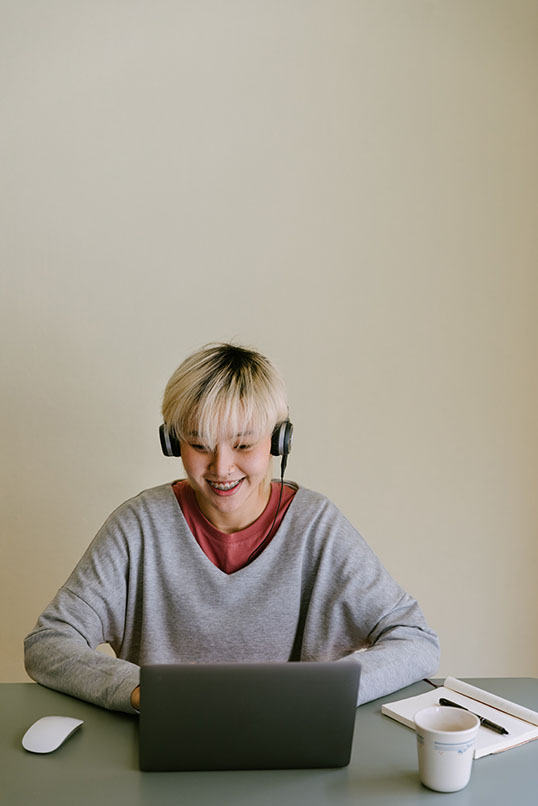 Like interviewees, interviewers must also prepare sufficiently for video calls.

In one of my recent interviews the two interviewees had clearly not spoken beforehand about who would ask me what. The result? They continuously talked over each other, cut each other off and asked some of the same questions more than once throughout the course of our conversation.

The way in which they conducted their interview reflected poorly on their business and particularly on their management style. As freelancers work best with startups who communicate clearly and show both their colleagues and freelancers due respect, I wasn't overly impressed.

Take the time to chat with your colleagues before you both dial into a Zoom interview. Decide who will ask what, who will give relay information about your company culture, who will answer any questions the candidate has about the role in question etc.

No matter how great your product or service offering is, freelancers won’t want to work for your startup if you seem scatty and unorganised.

This is probably the worst issue I’ve come across when it comes to Zoom interviews.

Last month, a friend of mine was told that if her internet was cut off for any reason during her interview, her application would be made void immediately.

I couldn’t get over this. At a time when leniency is needed (and appreciated) more than ever, I felt that this employer was being woefully unfair.

At this point in the pandemic the majority of people have figured out how to connect to good quality internet. If they can’t get great WIFI at home, they’re hot spotting off their phone or using a dongle. So, I think it’s far to say that most people will go out of their way to ensure that they have a stable internet connection heading into an interview.

For many different reasons, however, internet connections occasionally fail and to no fault of the interviewee. For instance, my internet connection was cut for six or seven hours last week because a mast in the area was damaged. These things happen and we have no control over them.

All I’m asking is that you give interviewees a bit of leeway. We’re all doing our bit to help each other navigate our way through this turbulent time. If someone's internet connection drops for an unknown reason please give them a chance to reconnect or reschedule the interview for another time.

Just because their internet connection has let them down, doesn’t mean you should too.

While freelancers need to prepare well before any interview, startups must do the same.

The mistakes that many businesses have made during video interviews over the last few months are unfortunate, but they’re also easily solvable.

Put sufficient time aside to organise things ahead of your interviews to help put your candidates at ease and put yourself in the best position to attract and hire great talent.