WHAT IS UNPAID WORK? 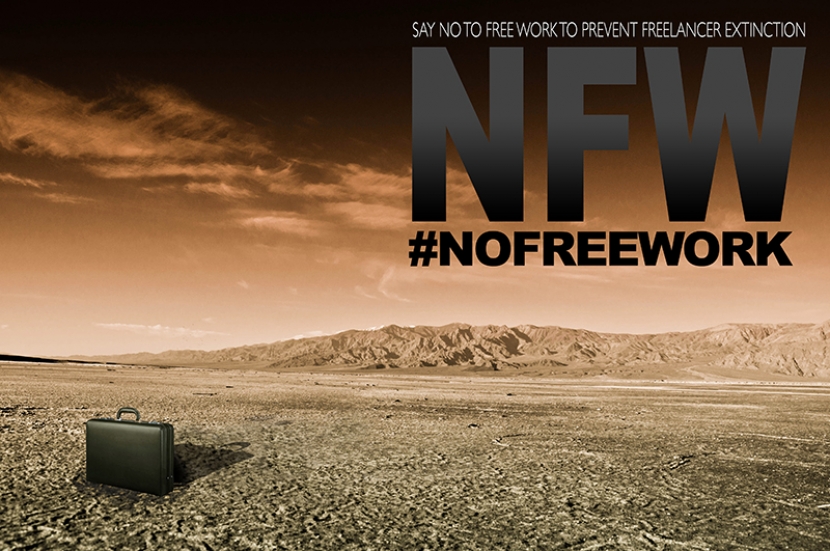 The freelance community has long been debating the merits of unpaid work. One side believe that unpaid work provides a vital role in a freelancer’s development through experience and exposure. The other side feels that exposure should be a consequence of a day’s paid work and that the industry is taking advantage of it’s allure to recruit free labour. Throw into the mix the law, the current state of the economy as well as the various nuances of each sector within the freelance industry and you end up with a multi layered, highly complexed mess. What is clear is that nobody has a definitive answer and so began my journey.

As an ex-freelancer of over 10 years who accepted unpaid work throughout a turbulent career and a current business owner who speaks with thousands of freelancers every year this subject most definitely touched a nerve. In the past we too posted roles for unpaid work for the same reasons that it is deemed acceptable in today's industry. Prior to writing this piece, I spent 6 months researching articles, looking into case studies, interviewing lawyers, editors, freelancers and psychologists in an attempt to answer the question: 'Is unpaid work beneficial to freelancers and the freelance community at large?'. I looked back at my own freelance career to see if the free work I did helped me and if it did, would I have had the success I had as a freelancer without it?

What is unpaid work?

Dictionary defined, unpaid work is labor employment done without giving any wage to the worker. It is a days work for no pay. It is important at this point to make the distinction between unpaid work, work experience and collaborative work as it seems that they often become intertwined.

Work experience, which often takes place during school for students under 16, often makes up part of a school’s requirement and is in place to offer students an opportunity to observe real work environments. Work placements (or student internships) that are apart of a UK-based further or higher education course are often a requirement for the student to obtain credit. Volunteer work is exactly that and those who volunteer aren’t entitled to minimum wage other than covering reasonable expenses such as travel and food. In all cases the employer is not legally obliged to pay the individual a wage.

Collaborative work including Test Shoots, is the action of working with someone to produce something. In the instance of a Test Shoot the collaborative end result has no direct commercial gain. Take a basic test shoot for example. A model and photographer arrange to shoot together. Should they both use the images in their portfolios to promote their services, this is deemed a collaboration and no money changes hands. Should the photographer sell the images without the permission of the model, then there’s a problem. Normally, test shoots take place with no contracts or documented agreements in place so it’s all based on trust (good practice is to use a testing agreement before shooting).

What about the rights of a freelancer? What’s the law when an employer posts a job that says unpaid work or expenses only? Another way to look at it is not as a freelancer answering a job post but as two companies doing business together. Whatever is laid out in the contract forms the grounds of the arrangement. In other words, no law is broken when a freelancer agrees to work for no pay as he or she has accepted the terms of the contract. So why do so many freelancers accept these terms, what’s to gain by saying yes and what effect does that have on that freelancer’s career as well as the industry as a whole? We'll investigate this in our upcoming article WHY IS UNPAID WORK SO POPULAR?

To support the #NOFREEWORK campaign and to choose not to accept or post unpaid work, click the button.