We love getting to know our awesome members and hearing their extraordinary stories so we caught up with makeup artist Carl Stanley to hear his. From banging on doors through the streets of Birmingham to becoming the Prime Minister's makeup artist, enjoy the ride from this makeup artist's life.

What made you make the jump to freelancing?

It wasn’t so much making the jump as not ever knowing any different! I’ve been freelancing since the summer of 1989, after I completed a six week course at ‘Complexions’, a make-up school which shut sometime in the early `90s. I’d moved to London from my home town of Birmingham specifically to go to ‘Complexions’. I was twenty. 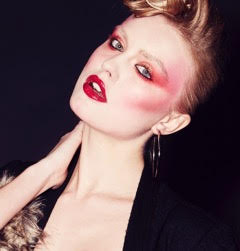 How did you start freelancing?

Well, ‘Complexions’ had their own in-house photographer, and every week we’d do a photo-session – the college had relationships with a couple of the big agencies, models who were testing would come in on for castings, and us students were in charge of choosing our own models and coming up with concepts, basically art directing the whole thing.

I left ‘Complexions’ with a handful of photos, and literally walked the streets banging on doors, working my way through the thousands of contacts the college had given us. It was before the days of everybody having mobile phones so there really wasn’t another option! I was doing bar work in the evenings so that my days were free to test and do go-sees.

What were you doing prior to freelancing?

In Birmingham, after I left school I spent two years studying for an Art & Design B-Tec Diploma, specializing in textile design. I didn’t want to spend another three years doing a degree, so I did casual work and partied until deciding I wanted to become a make-up artist. I knew a lot about make-up as I’d been a New Romantic from the age of thirteen, I’d started going to nightclubs at fourteen, I had a bit of a Boy George look going on back then! 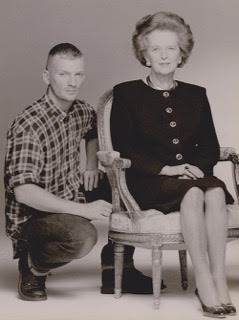 What’s been your proudest job to date?

I’d say it would be being Margaret Thatcher’s make-up artist for a few years in the `90s. She was someone who had always been in my consciousness – I was ten when she became Prime Minister – so, love her or loathe her, to have got to the point where I was doing her make-up was a pretty big deal.

On a personal level, one of my proudest moments would be finally getting my book, ‘Kiss & Make Up’, published last year. ‘Kiss & Make Up’ is my memoir about my misspent youth as a club-going, New Romantic rather than my career. There are a few wild tales in there. It’s a fantastic read even if I do say so myself! ‘Kiss & Make Up’ got some great reviews, as well as celebrity endorsements from Lorraine Kelly, and singers like Toyah Willcox and Marc Almond, both of whom I  was a HUGE fan of in the `80s. 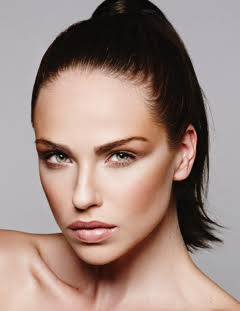 What freelance challenges have you faced?

I guess embracing and accepting the changes that have happened in the industry - such as the whole social media thing and the fact that rates are half what they used to be in the `90s - and just trying to remain passionate about my work and keeping motivated after twenty-seven years.

Really, apart from personality and talent, being a successful freelancer is all about passion and motivation. It’s survival of the fittest at the end of the day. And there are no shortcuts to success: it’s a hard slog to build a name for yourself and an even harder slog to stay there. Anyone who is after a shortcut to success should apply to go on a reality TV show!

Where do you see yourself in 2 years?

Well, I’m waiting to hear whether or not I’ve got the gig as a beauty columnist for a new magazine a major retailer are launching later this year - they asked a few people to come up with proposals and I’ve been shortlisted so fingers crossed! I’m writing a novel in my spare time too so I hope to have finished that within the next two years! Other than that, I hope to still be doing what I love and to be earning a living from it. Isn’t that what everybody strives for?!

Get in touch with Carl to say hi and check out more of this special makeup artist's work.