Mike Hogan from A List Photography has always been fascinated by world records. After seeing the call on The Freelancer Club, he jumped at the chance to document Edward Draper’s recent Guinness World Record attempt to be the fastest team of two to hang up ten items of clothing.

Mike has been photographing people ever since his childhood spent taking pictures of his family events with his manual SLR camera. In the years since, he has gained extensive experience in a variety of photography services including live coverage for media and corporate events, wedding and family shoots as well as product and headshot photography. No matter how many events he works on, Mike always brings the same level of professionalism, passion and excitement to every shoot.

Collaborating for a Cause

The record attempt was undertaken to raise money for The British Heart Foundation because Edward’s son and speed hanging teammate Rowan was born with a heart problem, though with modern medicine it has little effect on his life as a Software Engineering student at the University of Portsmouth. A few years ago the pair challenged each other to break a Guinness World Record as a positive celebration of life! 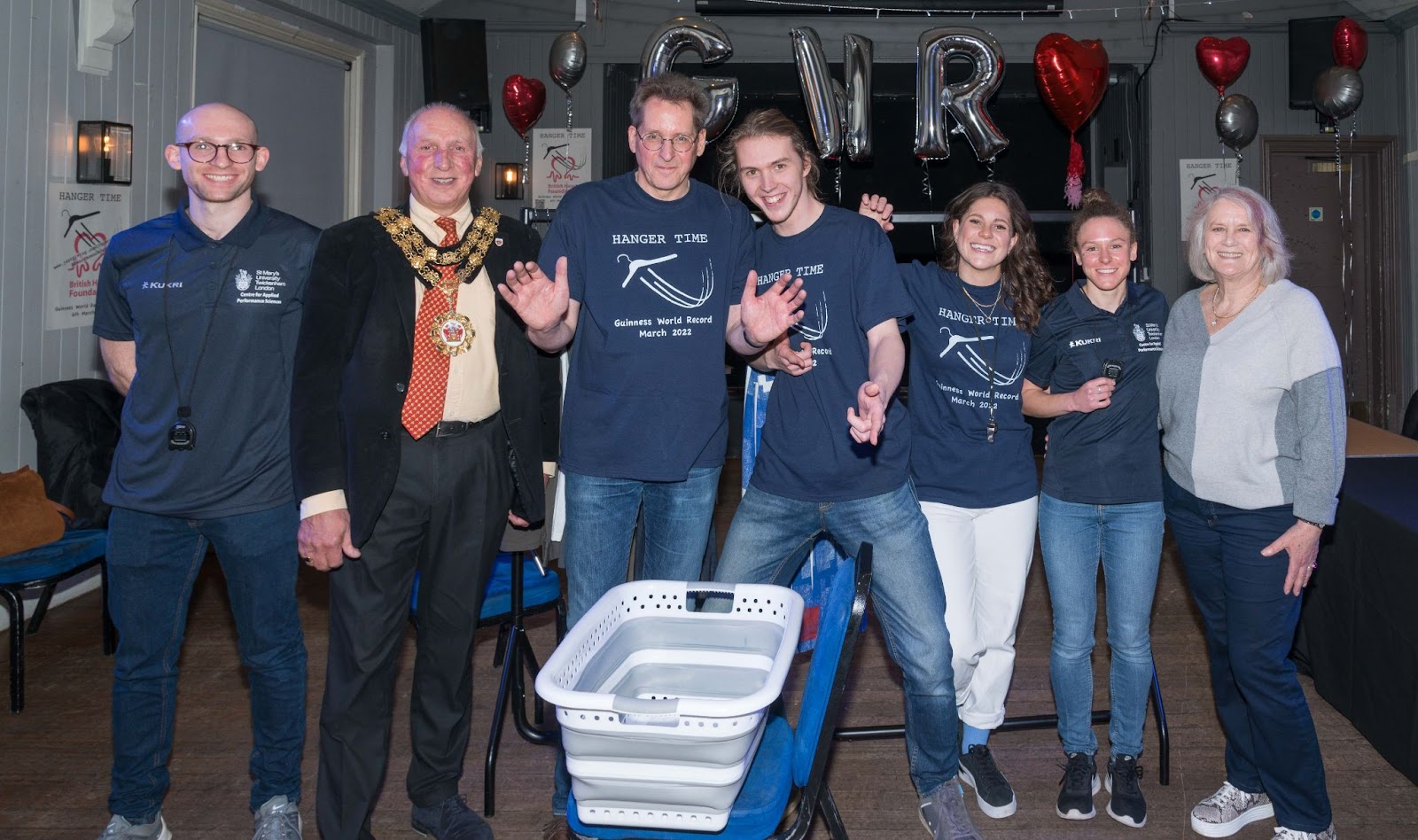 They had originally set a fundraising target of £1000 but ended up raising well over £2,600, which placed them in the top 5% of fundraising on the JustGiving site! As a Visiting Professor at the University of Sheffield and a leading biotech entrepreneur, Edward was thrilled to be raising money for such a personal cause:

“I’ve been involved in medical research all my career, and I was keen that we could raise money for such a good cause. The day was a lot of fun and it is good to think that there is something that we can say that we are better than compared to anyone else in the world”

In live events, you only get one opportunity to capture the moment. Instead of leaving this up to chance, Mike knew he’d need to prepare the space carefully to maximise his odds of success.

“No photo shoot is ever the same and this one would require precise planning in accordance with the record event requirements - a client often does not realise just how much pre planning is required and I will always explain this to them - it's never a case of just turning up and taking photos.“ 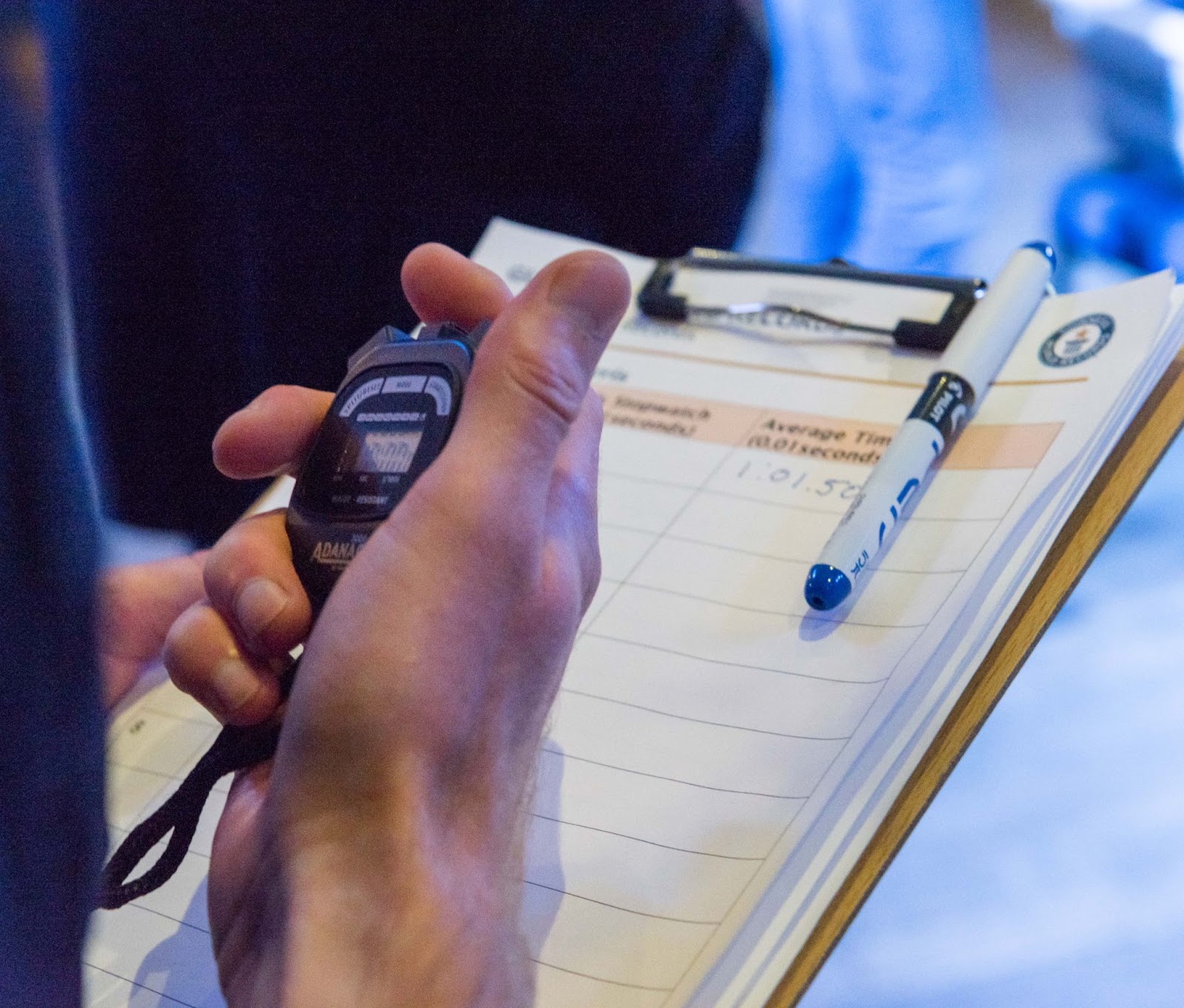 Mike arrived over 2 hours early and began taking test shots before helping the Draper’s unload their equipment. Since he didn’t want to distract the record-breakers, he was restricted on his movements and lighting choices. With the help of the venue spotlight system, Mike was able to make the necessary adjustments to mitigate the unstable lighting in the room.

“I brought along 3 dedicated camera set-ups each with different focal length lenses that could handle low light along with some video and audio equipment. “

He made sure to watch the rehearsals, taking detailed notes and practise shots with his smartphone camera in preparation for the final setup. Since the record attempt was for charity, it was crucial for the event to be well organised.

The time had arrived at the Turk’s Head pub in Twickenham, who had kindly donated the use of their famous stand-up comedy venue for free. Edward and Rowan had been practising for months, breaking the record every time, so they were feeling confident.

“We couldn’t have planned the actual event better. We didn’t start the attempts immediately but waited half an hour after people had arrived. The standing record was 68 seconds, and our first two attempts were a little faster at 62 seconds, but we felt we could go even faster. That third and last attempt went well, and the hall’s roof was cheered off as it was announced that we broke the minute. We did it in 56 seconds!” 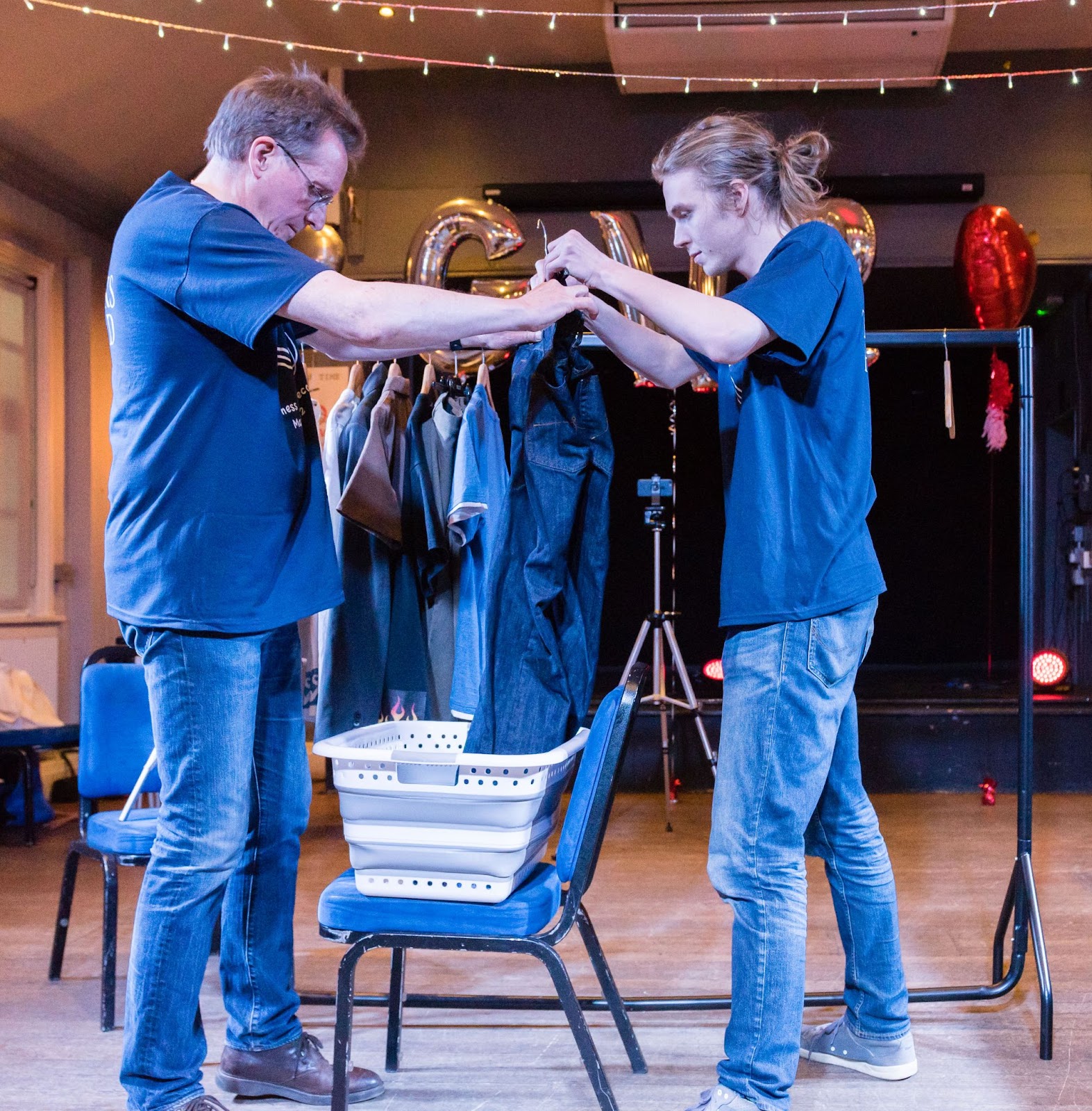 Sports Physiology students Kate and George from St Mary’s University, volunteered to act as timekeepers with the Mayor of Richmond (London), Geoff Acton, and local celebrity Chris Diamond, wife of the late singer-songwriter Jim Diamond, acting as the official witnesses.

As the photographer, Mike found the build-up to the event most exciting:

“Once the Mayor of Richmond (London) arrived you could feel the excitement and tension in the room, that we were about to witness something very special.”

Going Above and Beyond Expectations

Even though his initial brief was only to turn up and photograph the world record attempt, Mike knew there was more he could do. As well as providing his technical expertise to improve the quality of the final images, he helped direct the shoot by giving Edward and Rowan practical tips on positioning, composition and staging.

“I also captured some video, which I knew would help, using several fixed position cameras around the record attempt location; including a "hanger cam" which I left a little loose on a tripod to allow for some movement for more dramatic effect. The footage was later edited together - he never actually requested video but thought it would be good to have for social media.”

Edward was thrilled with Mike’s work, describing him as “indispensable” for the record attempt.

Testing as You Go

One of Mike’s secrets is to always treat test shoots the same as any other regular booking. He is a firm believer in utilising your free time before every job to take test shots, whenever you get the chance:

“You will always be working with other freelancers, from musicians, DJ's, make-up artists and other photographers. I always make a point of talking with them and exchanging details and will often do mini test shoots with them when we are setting up.” 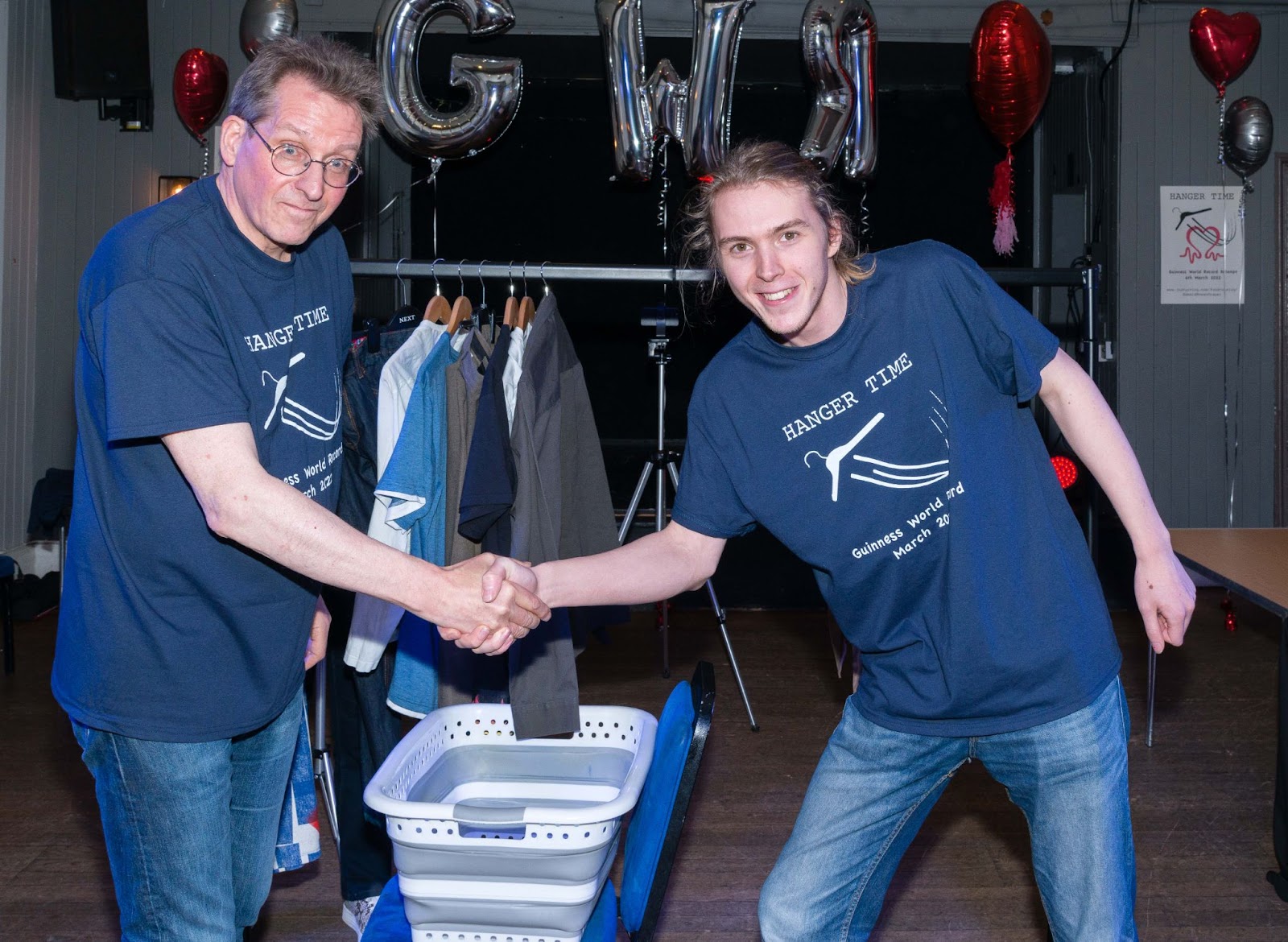 “Remember test shoots/experimentation can be done when you are on an actual job; all that waiting around for clients to prepare and get ready between shoots or events. I will always take advantage of this time and work with others on-site and why not?  When working for clients, more often than not you will be collaborating with somebody."

When we asked Mike about the importance of a good portfolio, he explained that:

“A portfolio gives clients an idea of what you are capable of and if/how you will understand their vision and simply if you are up to the job. Price should not be a deciding factor when landing a job and remember you are your own brand that's unique.”

He also highlighted the value of communication when working with clients:

“Communication is also key, everybody loves to talk, I have landed many jobs just by having a chat and not even talking about the job. People like people. Good communication with everybody involved really helps and ensures the overall process runs smoothly.”

It’s pretty normal to be a little nervous to collaborate with others if you’ve never done so before. Mike has some great advice for this:

“Feeling nervous is good, a test shoot is no different from a regular booking and I have always treated them this way.”

“ No matter how small the job, this is so important, and always take notes so if you need to explain anything after the event and why it was done in a certain way you can.  I will often write up a report on the event once I get back, for my own records.”

Collaborating with others gives you the opportunity to team up with other creatives, gain inspiration and learn new skills. Teamwork makes the dreamwork - there are certain things that can only be achieved together and freelancing is no exception. 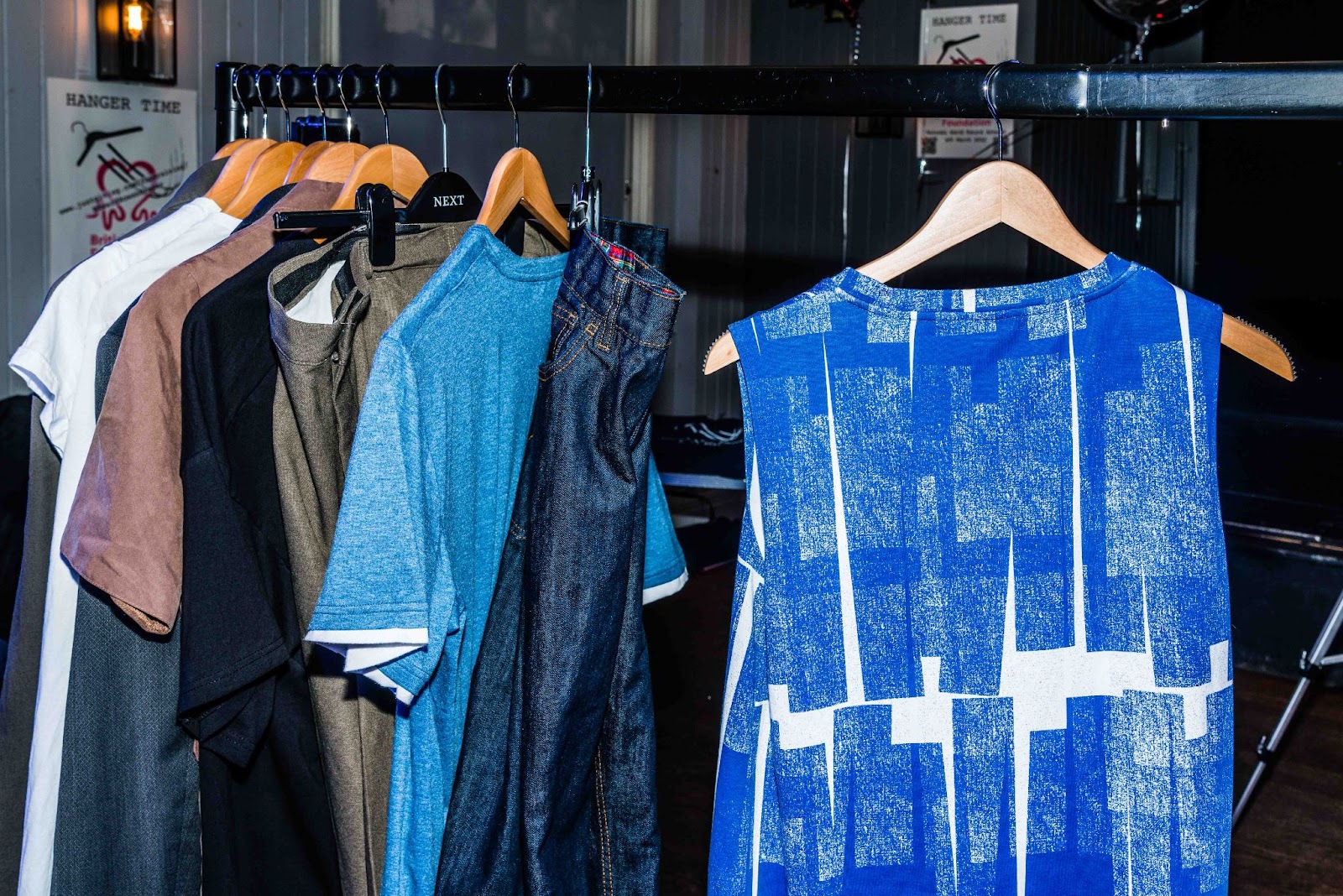 “From working alongside household name TV presenters to a DJ on their first gig, there is always something that they do that you will find helpful; irrespective of the other freelancer's discipline. Often you can learn so much by just watching and interacting with them. We are freelancers for a reason, to express our passion and creative vision.  I love meeting other freelancers.”

Though Edward and Rowan will likely be completing other projects together, they have no plans to attempt to break any more world records. However, Edward feels that the attempt brought them some much-needed levity to recent times:

“In these times of uncertainty and unprovoked war, it may seem that doing a world record attempt is a bit frivolous. I suspect as our world will continue with its troubles and with the changes due to the climate crisis, I suspect that times of light-heartedness like this world record, are not only important, but may become mental health imperatives.”

The Freelancer Club helps to facilitate connections and bring creative ideas together. Find other freelancers to work with using our Discover or Collab tools. So the next time you’re planning a cooperative project, remember Mike’s final piece of advice:

“Follow your passion, but also remember you are in business and always be professional and respectful.”

You can donate to Edward and Rowan’s fundraiser via their JustGiving page.