EXPRESS - WHAT MILLIONS LEFT OUT OF SEISS CAN DO

Many freelancers have received support payments that may end up being the difference between surviving and going bust. However, around 2 million of the 5 million self-employed in the UK were not eligible or weren't able to claim enough. The SEISS (self-employed income support scheme) has been welcomed by many but some people have said that it does not go far enough. We campaigned hard for SEISS and when it was announced, we got back on the trial to campaign again for those left behind.

Read the full article with the Freelancer Club's quotes in the Express here. 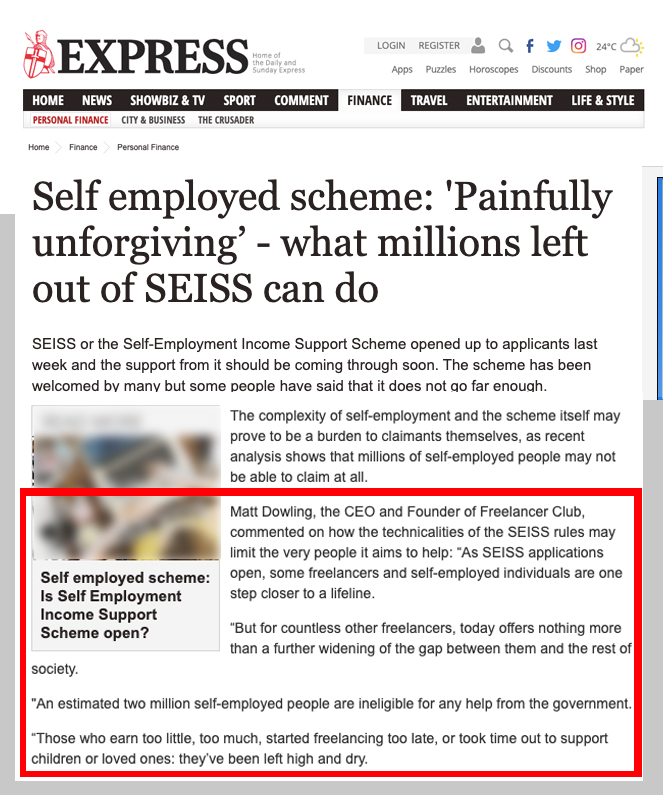