PHOTOGRAPHER, MARCELLO SIMEONE: A HIGHLY ADAPTABLE PHOTOGRAPHER PUSHING THE BOUNDARIES OF HIS CREATIVITY

We love writing pieces that feature our creative members. They give our Freelancer Club community the opportunity to gain valuable insights and learnings which no doubt inspire them to progress and develop their own careers.

Marcello has been working in the creative industry for quite some time. Dabbling in photography over 20 years ago, he has worked in a variety of creative roles to date.

“I have been a freelance creative throughout most of my life, I started with photography back in the 90’s and explored different mediums after that, video, sound, graphic design.”

Marcello learned early on that it was important to be able to adapt, persevere and be willing to continuously learn in order to develop a successful and sustainable career.  Passion, he also came to realise, is key to getting through any tough periods a creative might encounter.

It’s been a long journey, always adapting to different circumstances, incorporating new technology and visual languages, and overcoming periods of financial turmoil. You have to love it and hold on tightly to that passion when things get tough.” 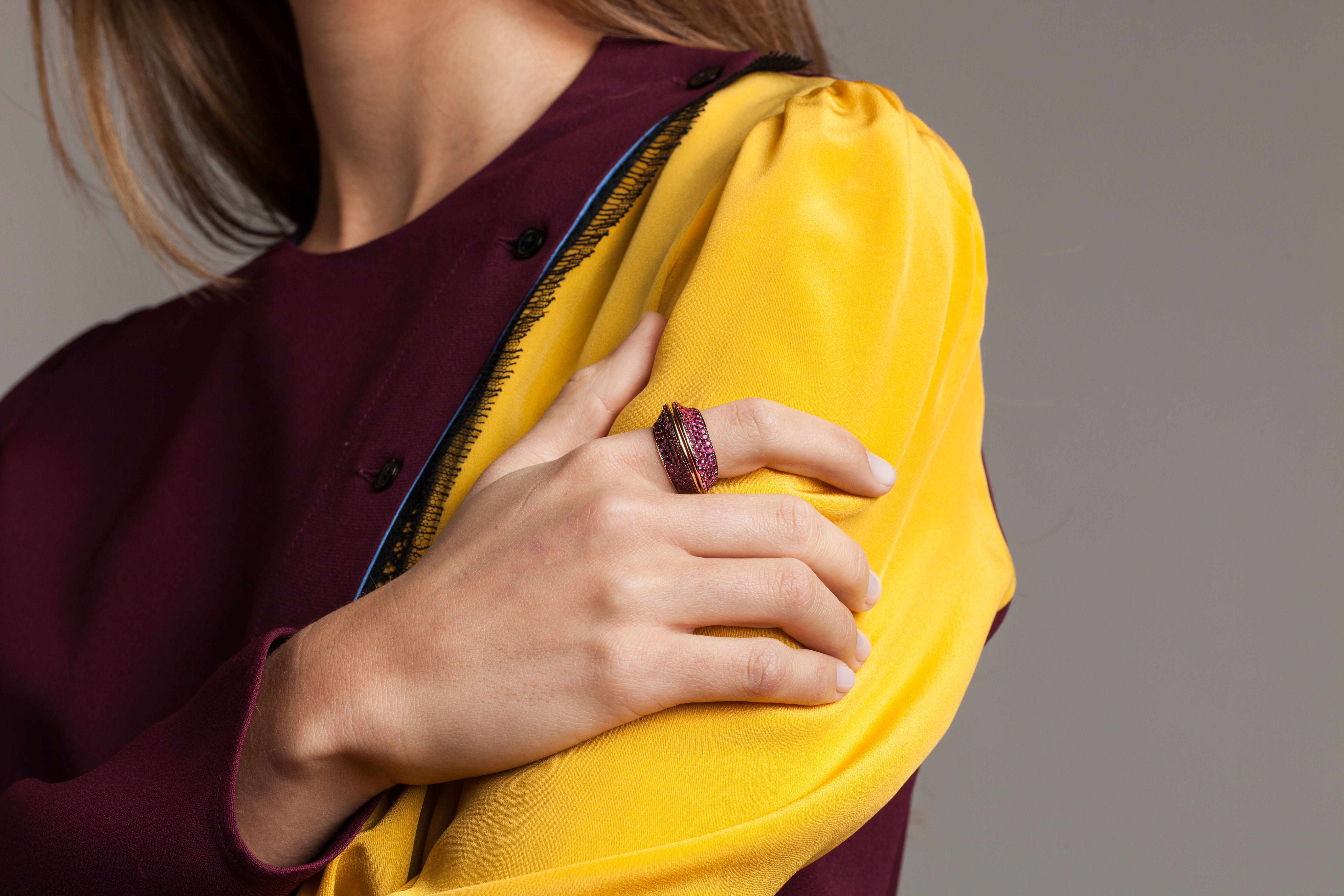 Throughout his years working with clients across portrait, fashion, beauty and branded content, Marcello believes that having a strong creative connection with a client can make a massive difference to a project.

“What I’ve noticed is that I enjoy work in different contexts, but what really matters in that regard is the type of client I work with. With some of them there is a real connection, creative exchange, and that feeling of mutual appreciation. That’s when the magic happens.”

For example, Marcello found this creative spark while working with Lily Gabriella Jewellery. Upon meeting the client, both parties established a creative connection which inspired Marcello to produce work that both the client and himself were extremely proud of.

“I had a great time working with Lily Gabriella Jewellery to create content for several collections she went on to use on social media and printed brochures. We worked in the studio with a model but also created still-lifes inspired by Lily’s own work environment.” 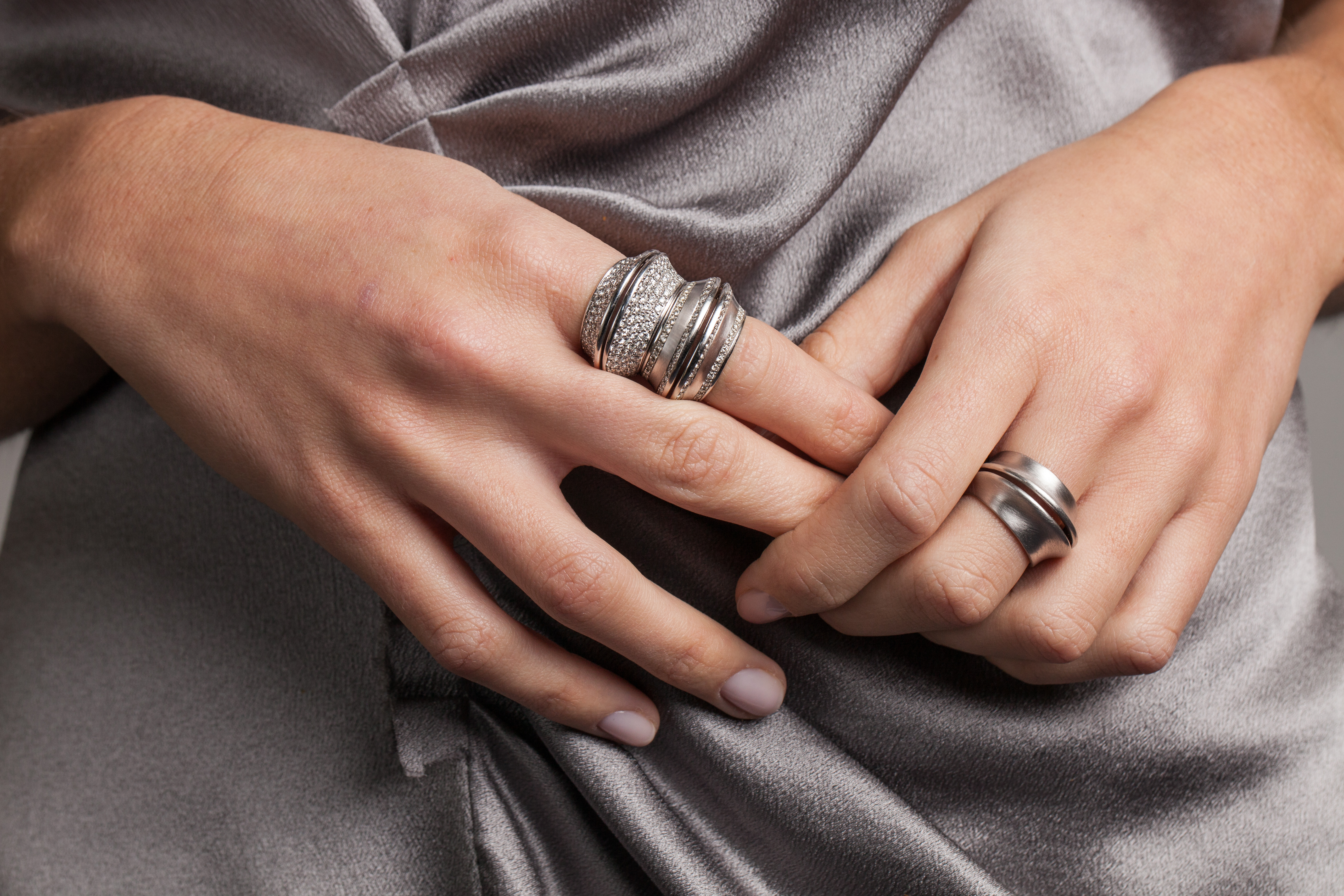 Marcello is a big believer in the positive value of collaborations and uses them to capture fashion editorial and portfolio work.

“Collaborations are important, whether you want to try new tools and techniques in a safe environment or connect with other people in the industry.”

This seasoned photographer also views collaborations as opportunities to escape from one’s daily routine, to be spontaneous, which is always a great way to get the creative juices flowing!

“I also like breaking free from my work routine to do something personal, find new perspectives, hear people’s stories and get inspired.”

Although he acknowledges that assembling a team and organising a test shoot can be a bit of work, he admits that it’s worth the effort in the end!

“I use collabs a lot for fashion editorials and portfolio works. I admit it’s very time consuming to put a team together for the shoot sometimes as people are busy, but it’s worth the effort.”

Collaborating With Other Freelancer Club Members

Marcello regularly teams up with other creative freelancers, including Freelancer Club members, to create original work.

For example, he worked with a team of freelancers to create a fashion editorial piece for ‘Home Soon is Now’ which is published in Malvie Magazine.

“For this freelance project I worked with Stylist Elaine Sammie, HMUA Sandrine Bonnaire and model Beata Kolak from The Freelancer Club. A second model, Iman Bournier joined us for this seventies themed, Celine inspired studio shoot.”

The creative team were organised and they decided ahead of time what needed to be done in order to ensure that they got the shots they needed within a certain time frame. The results? Aside from capturing some really great shots, the team is still in contact and they plan on working together again. Test shoot success!

“To be time effective and include the number of outfits required for submission we had the two models on set, and despite the fact that we could not shoot some of it outdoors as planned we managed to get a good variety of images using different backdrops, and bold colours.”

“Everyone in the team worked hard and I have very fond memories of that day; we’re all still in touch looking forward to working together again.”

A Spontaneous and Personal Test Shoot

Another example of a test shoot that Marcello has undertaken is one that he completed at the beginning of this month - a personal project called N-sixteen. The project allowed him to get out of his normal working space and take his work outside.

I had the need to get out of the studio, and do something more spontaneous and personal, so I gave myself a new framework working one to one with the models.”

Marcello explains how he brought his unique concept to life, which is really unusual, but also very refreshing!

“We walk around in the proximity of my studio in Hackney (postcode N16 hence the name of the series). The final images explore the relationship between the urban visual elements and the model’s attitude and aesthetics.”

“While walking, talking and getting to know each other I am always eager to discover what elements of their personality they are willing to reveal.” 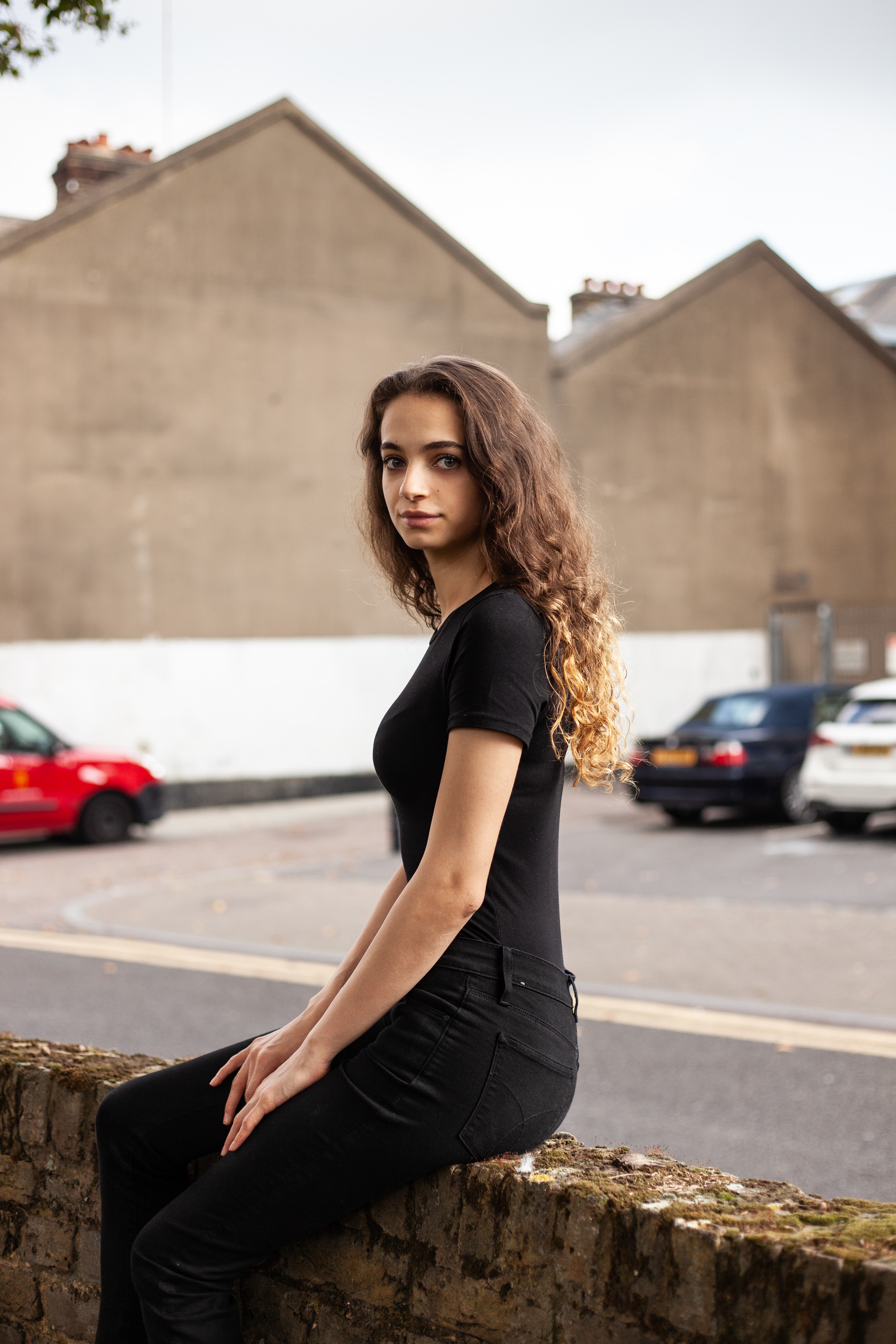 The framework was very much based on Marcello and the models reactions to the world and it’s elements around them - they couldn’t predict what these would be. Instead, they simply went with the flow and reacted to whatever came their way.

“In brief, it’s a short visual narrative that can take any turn, good or bad. You can get stuck under the rain, be forced to explore a lighting that is not ideal and have chance encounters.”

“There’s not much planning, portraiture in this setting is about reacting to each other and to the environment, you can set the stage and hope for things to happen but there is always an element of risk.”

While this concept was very different, and not one we’ve come across before, it sounded really exciting! It was really refreshing to hear of a creative doing something completely different. We’re really looking forward to seeing the photos that Marcello captured!

Marcello assembled a moodboard which he used as a guide to help communicate his vision to the models he was working with. He worked one to one with the models, including Besiana Rexha, who styled themselves following some colour and style guidelines from Marcello - “Gender Neutral Clothing, Denim, Autumn Plain Colours, Dark Boots or Laced Shoes, Subtle or No Makeup.”

Why Strong Portfolios Can Open Doors

Test shoots are a great way for freelancers of all abilities to create new work for their portfolios. When asked about the importance of portfolios Marecllo explained:

“It’s important to have a vision, to find your voice despite working on different briefs. There are several ways to achieve that, looking for visual unity, conceptual or stylistic coherence, when you get there it simply shows.” 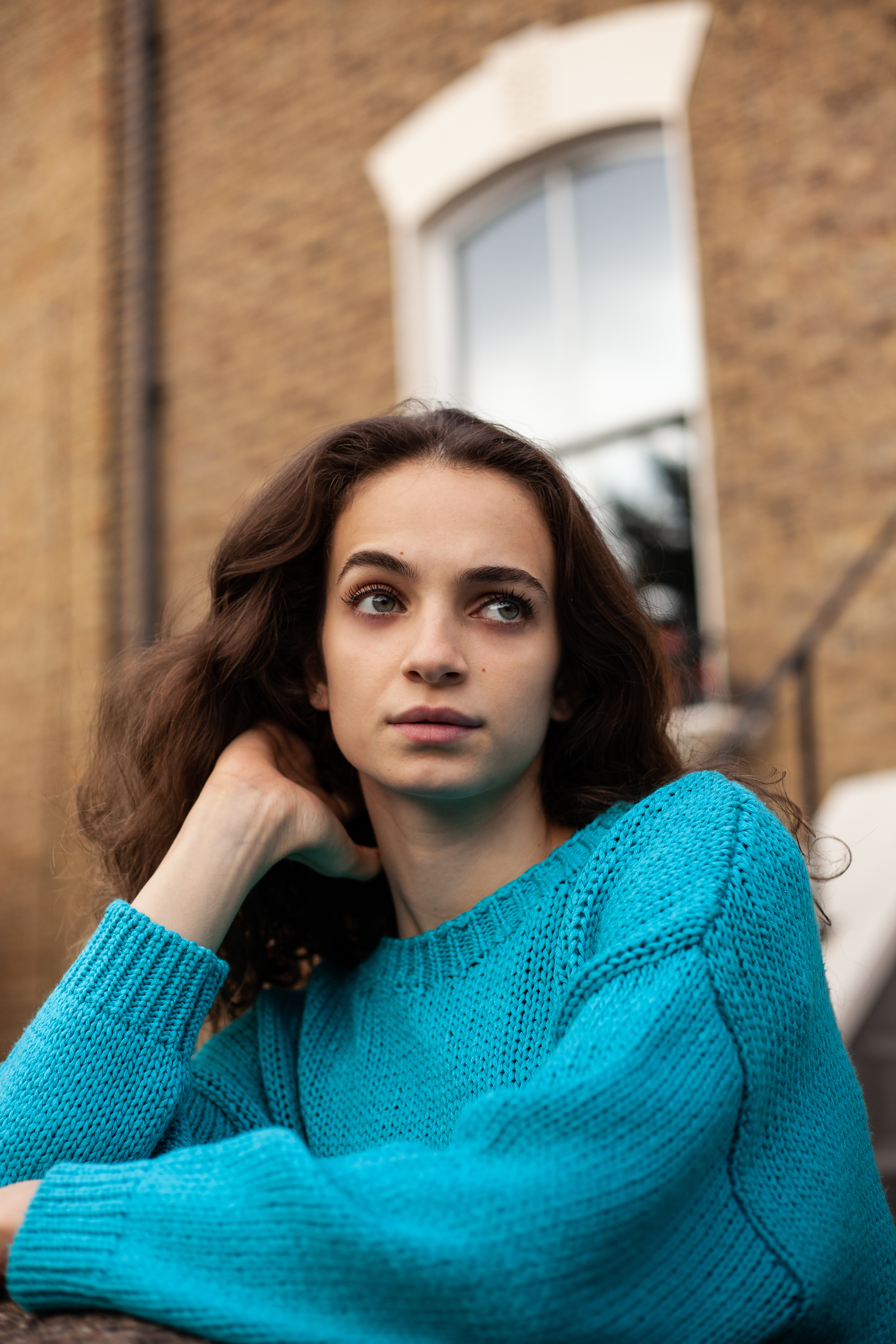 Marcello also highlighted the fact that the world of photography has become quite saturated and that therefore, photographers must have unique and creative work in their portfolios in order to catch a client's eyes and land jobs.

“Photography is changing at light speed, it’s a tough and oversaturated industry and people tend to spend only a short while looking at the photos, a strong portfolio should convey the essence of one’s vision in just a few images.”

The difference between clients hiring freelancers and clients quickly overlooking their CV’s, lies in the quality of a freelancers portfolio content. If it stands out and catches a clients eye, you’re in with a stronger chance of landing the job in question!

As you’ll have gathered throughout this piece, Marcello has been involved in and led many fantastic test shoots throughout his career, and it therefore comes at no surprise that he strongly advises others to take advantage of them too.

“I’ve had very positive experiences with test shoots so I can only recommend them highly.”

“If you want to test your skills or a particular idea they provide that sort of safe environment we all need on such occasions.”

Finally, Marcello encourages fellow creatives to get involved in test shoots because at the end of the day, they are a great opportunity to meet others in an industry where many creatives often work alone.

“More importantly, connecting with people is a necessity, as freelancing and working alone can be daunting sometimes. Afterall, what is there to lose?”

We hope that you are as inspired after reading this piece as we were after we wrote it!

Marcello’s strong work ethic coupled with his keen awareness of the changing industry he works in, has made him an adaptable, and highly creative individual who produces work that truly stands out.

Want to take Marcello’s advice on board and put yourself forward for a test shoot? Go for it!

As Marcello said himself, “What is there to lose?”

Freelancers, fancy teaming up on a freelance project and test shooting with other creative freelancers? Post your collaboration here or apply to be a part of other collabs here.
Clients, want to hire freelancers to help take your project to the next level? We make it easy for you to find and hire freelancers - Take your pick here!