SHOULD FREELANCERS WORK WITH MAGAZINES?

Freelancers and magazines seem like a match made in heaven. The perfect case of supply and demand. One produces content, the other requires it. With each side having something to give and something to gain, what could be easier?

And yet, in an industry where content creators of all levels are desperate to see their work in print and some magazines choose to use exposure as a form of payment, it’s not quite as simple as it seems. There is also confusion around the terms 'submission' and 'commission' as well as the business status of a magazine. Some are profit making limited companies, others are independent personal projects. It can feel a bit like the 'Wild West' for freelancers trying to make sense of it all.

How have we ended up with this relationship and what benefits do freelancers really get from having their work published in magazines? We spoke to a group of creatives who have had work published to get a freelancer’s point of view.

This article mentions the terms 'commissions' and 'submissions'. To clarify, a commission is when a magazine selects a creative and contacts them specifically for a particular project. Commissions are paid. A submission is when a freelancer speculatively submits work to a magazine. Visual content (eg: fashion photos) is generally unpaid. Written content is generally paid, however, it’s not always that simple as we found out.

WHAT MADE YOU DECIDE TO SUBMIT YOUR WORK TO MAGAZINES? 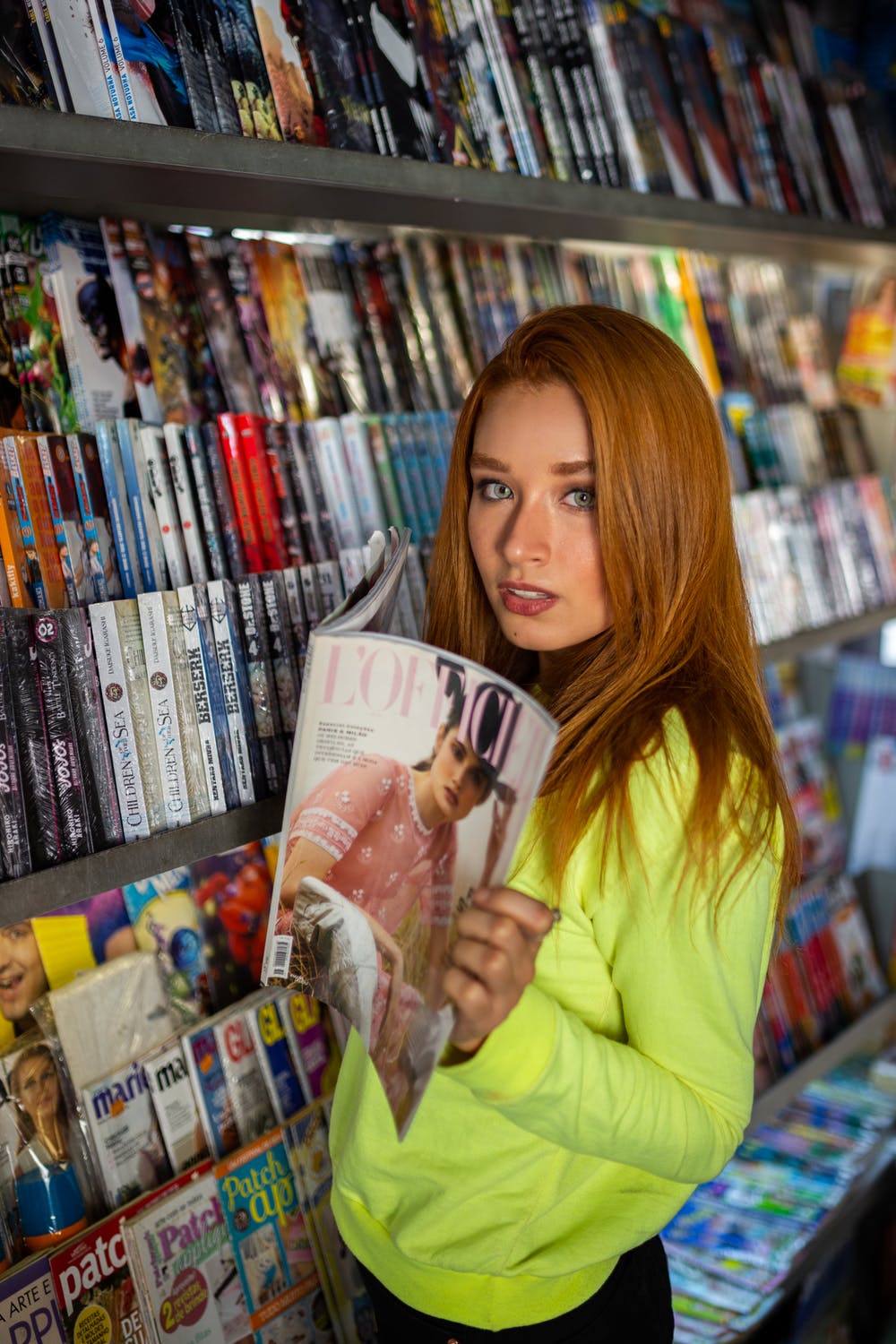 SR, Freelance writer and photographer: “I wanted to be a freelance photographer and writer! It earned me a reasonable living for 19 years. Most people thought I was mad.”

SC, Freelance feature writer and photographer: “I was a magazine editor for 10 years. I was made redundant so turned freelance. I already knew the magazine business and had contacts.”

RK, Freelance fashion and portrait dog photographer: “Most of my work is commissioned [paid] so submission work is now a way to grow business [find new clients]. You see a new online or printed product and think ‘that suits my photography style’ and you send in some photos. They may print the ones you send but usually ask you to shoot for them (those that respond).”

JC, Freelance fashion stylist and hair & makeup artist: “I first submitted [unpaid] years back when I was working as a model - getting published (especially in print creative/fine art magazines) meant I was more likely to get people interested in booking me [for paid work in the future].”

“Now it's a similar reason - profile raising. People are more likely to pay a stylist if they believe they could get magazine quality images out of the booking. Also, I’m proud of what I do, it deserves to be seen! I saw models I admired getting published (and some awful ones too!) and thought, I could do that.”

AL, Freelance food and cultural feature writer: “My writing needed a home and I wanted to expand my platform.”

SB, Freelance photographer: “I used to get commissioned [paid] by the magazines normally on the recommendation of the journalist writing the features.”

IS IT DIFFICULT TO GET WORK PUBLISHED? 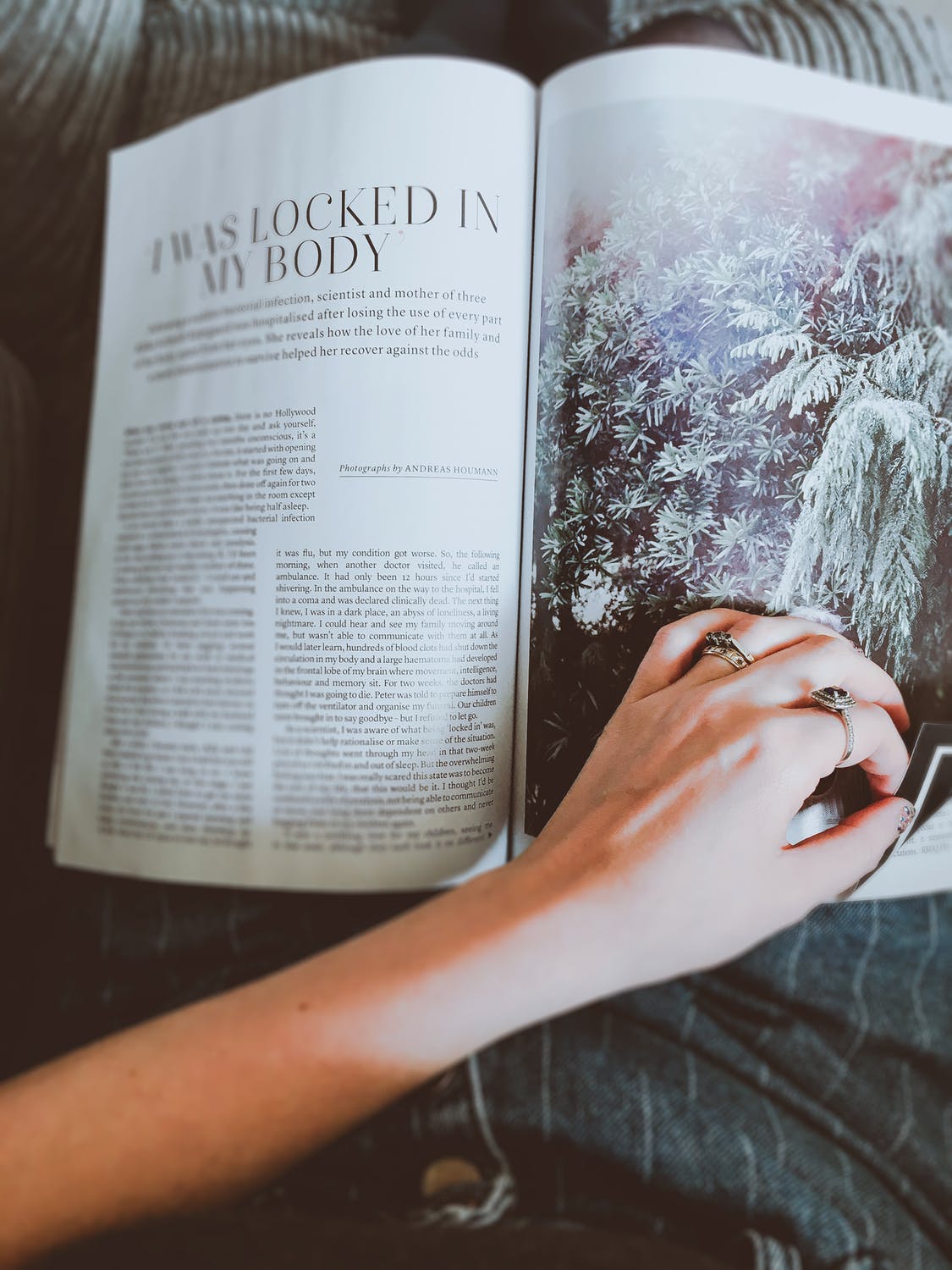 SR, Freelance writer and photographer: “It’s not easy. Specialising in a niche area helped, as did a great deal of persistence early on. But the market is a lot more crowded now, and magazines have smaller budgets. So it’s gotten tougher. I was lucky - I had a good working relationship with the magazines I freelanced for so the vast majority of my work was published [and paid for.] I can count the number of submissions that never saw the light of day over a two-decade period on the fingers of one hand.”

SC, Freelance feature writer and photographer: “Not really. All of my [paid] submissions get published as I get them approved BEFORE I do them.”

RK, Freelance fashion and portrait dog photographer: “Yes - very much so. Some magazines will only take work from ‘names’ (even if they’re not very good) - some are simply snooty about it - some will expect to get everything for nothing [most submissions are not paid for, rather they offer a ‘credit’ ie: your name next to the published work as compensation].

It's not the case that the most well known are the most arrogant though. They can afford to pay for good work and will. Some of the startups have ideas above their station, for instance [they will send a reply], “congratulations, your photo has been selected to appear in our global magazine”. The magazine is barely distributed and it is their way of saying that you should be privileged [for being published in their magazine for no payment] and my cue to say ‘use my photo and I’ll sue!’”

“20 - 25% of my [paid] submissions get published, you’ve gotta learn not to be offended. For the in-house stuff, I get sent a brief, go shoot - it doesn’t all get published but I always get paid. Other magazines I’ll submit to if something catches my eye or someone sends me something and says ‘this is right up your alley.’"

JC, Freelance fashion stylist and hair & makeup artist: “I haven't been turned down yet.”

AL, Freelance food and cultural feature writer: “Yes, of course. Feature wise nearly all of my [paid and unpaid] submissions get published, but trying to pitch a manuscript, I’ve literally sent 100+ unsolicited submission queries and have gotten nowhere.”

SB, Freelance photographer: “I rarely have a problem getting my work into publications, the problem nowadays is they want it for free or they [magazines] offer a budget that barely covers costs.

Nowadays the most profitable way to get published is via a PR company who pay me to shoot for a client & they submit it as ‘free’ content to the magazine getting publicity for the client. 95% of my submissions get published. In the pre online/digital times it was 2 - 4 per month. Now it's once every couple of months.”

WHAT BENEFITS DO YOU GET FROM SUBMITTING TO MAGAZINES? 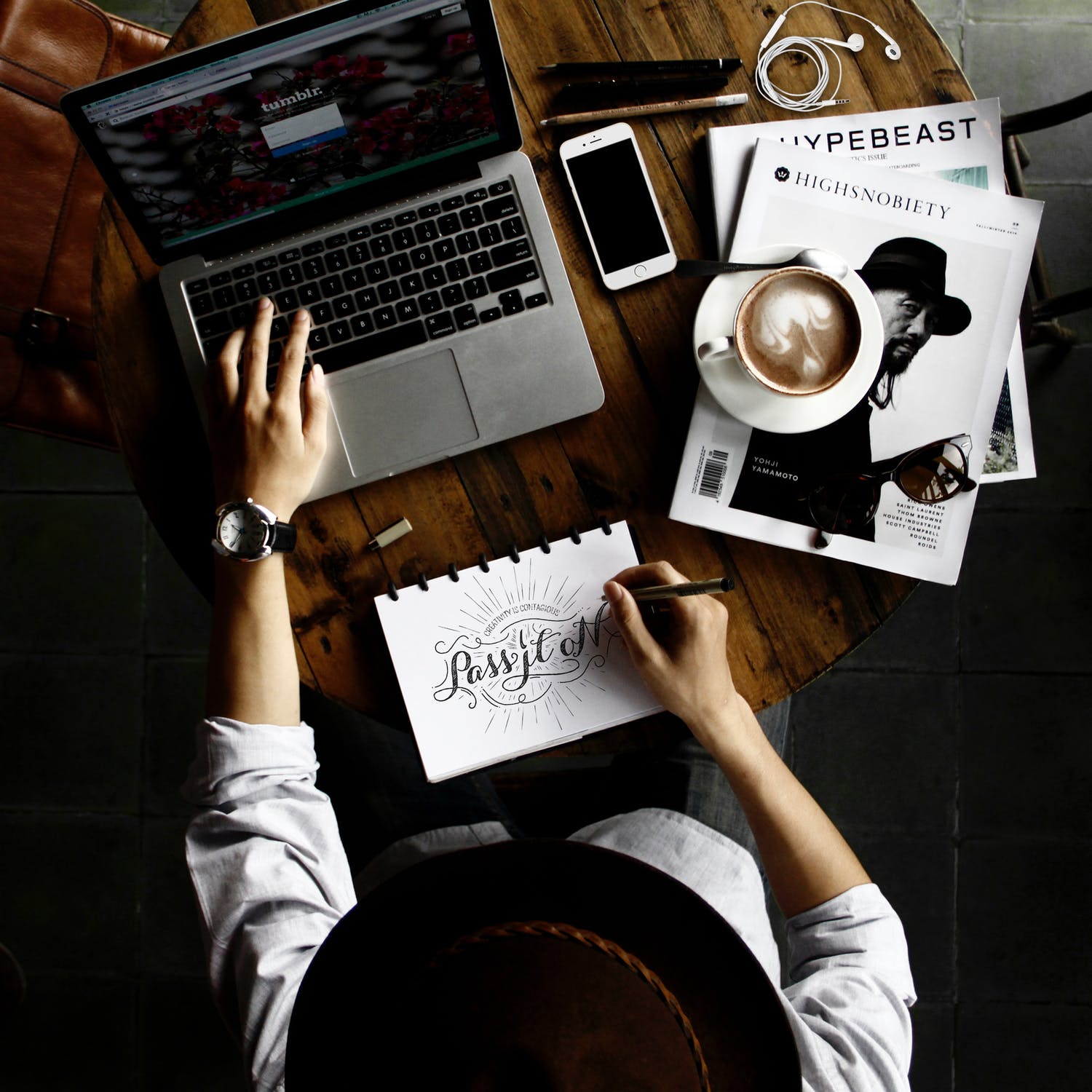 SR, Freelance writer and photographer: “Creative satisfaction - but, like exposure, that doesn’t pay the bills. So… money [when the magazine pays]! As a regular contributor, regular [paid] submissions led to more work. Now that I’m a publisher, I certainly like working with people whose track record speaks for itself.”

RK, Freelance fashion and portrait dog photographer: “Money (is always good) but also new clients and some creative inspiration as well. Nearly all of my new clients come from published work.”

JC, Freelance fashion stylist and hair & makeup artist: “Content for social media and website - it's annoying how few publications do tear sheets [a sheet proving that the clothes borrowed were published] now though. Profile raising - an image that's been published usually gets more attention than one that hasn't. I like that my work is getting seen, though it pisses me off that it's without pay. Fashion is shit for that, mags don't pay for editorial - in fact, many you have to pay to submit to [see our article Freelancers and the Magazine Industry for more on this], though I've personally never done this.”

“A couple of photographers I work with have though. I work with all levels of photographers, and often following a publication I will have an increase in amateur photographer bookings, wanting to take their work to the next level. As I'm based in a beautiful area of the country, I also pick up work from visitors and published work has a wider reach than unpublished. I've also got commercial work on look books and ads, both through sourcing for editorials and businesses seeing published work.”

AL, Freelance food and cultural feature writer: “Again, a home for my work and an expanded platform that I haven’t figured out how to monetize!”

SB, Freelance photographer: “It used to account for about a 1/4 of my income, now it's just a bit of PR [exposure].”

ARE YOUR PUBLISHED MAGAZINE SUBMISSIONS PAID?

RK, Freelance fashion and portrait dog photographer: “If I submit work, its for a paid publication. The only unpaid stuff I do is personal work (stuff I want to do), some TFP (aka Test Shooting) stuff if I like a model and need to refresh my portfolio. But most of my stuff is shot to the client’s spec: so they book what they want and I shoot it (or, usually, they book what they think they want and we end up doing something completely different - gotta be flexible).”

SB, Freelance photographer: “Originally all my submissions were paid, whereas now the frequency has dropped so I treat it (submissions) as a form of ‘personal’ PR along with my social media.”

SC, Freelance feature writer and photographer: “I only do paid work.”

SR, Freelance writer and photographer: “As a freelance contributor I never did unpaid work. Now, as a commissioning editor, I always pay for work that I commission.”

HOW MUCH DOES A SHOOT/ PROJECT COST TO PUT TOGETHER? 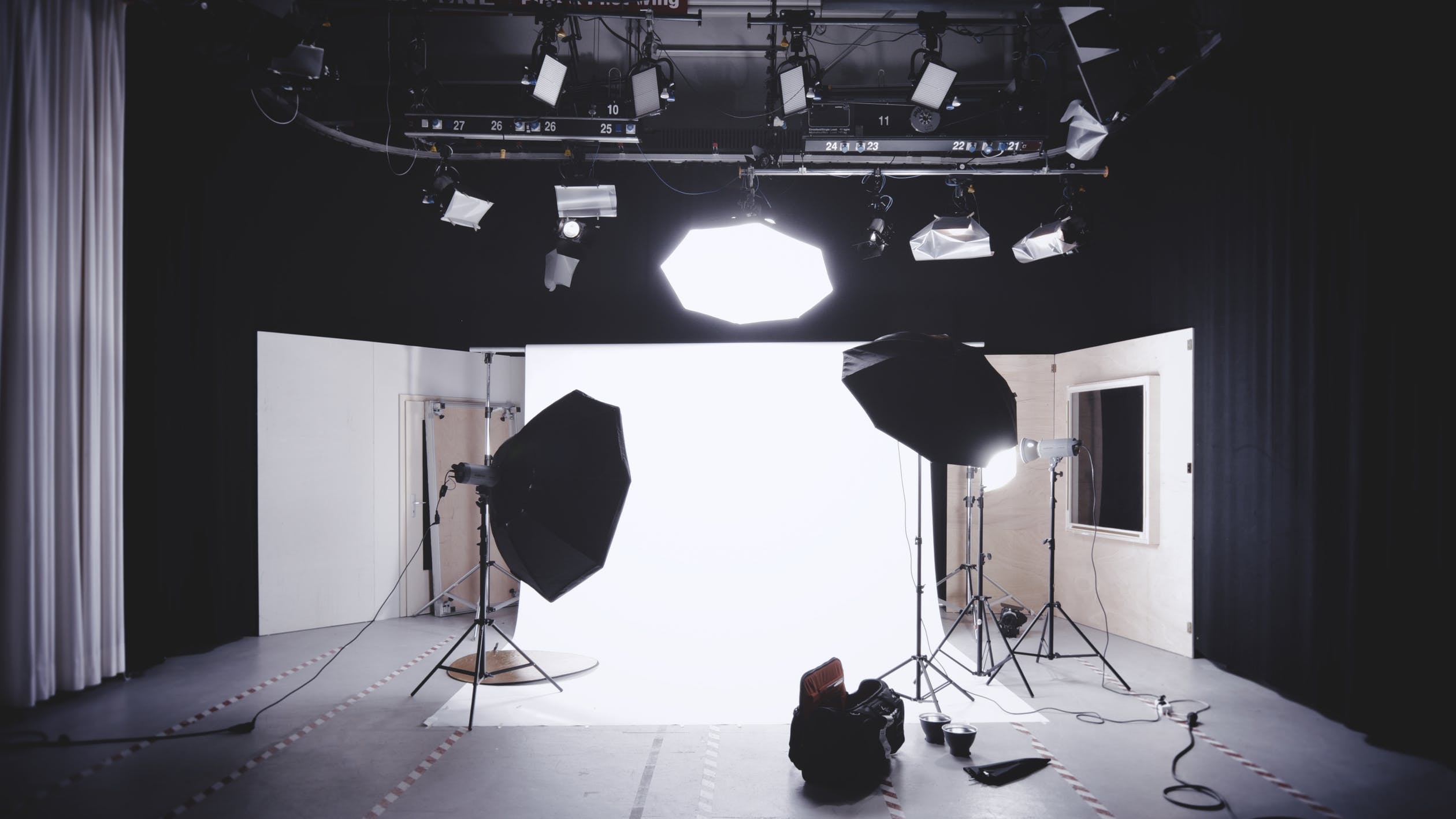 SC, Freelance feature writer and photographer: “Impossible to put a price on it.”

RK, Freelance fashion and portrait dog photographer: “Depends on the shoot. A headshot costs a little. I do some cosplay stuff and with the costumes, lighting, location and other stuff, the margin is probably only 5-10%”

JC, Freelance fashion stylist and hair & makeup artist: “Oh wow, well my smallest submission shoots are just me, the model and the photographer, and tend to not take very long. I do put a lot into planning though, and there's still post-production, so say about £1,500 to £3,000.”

“My last publication was a big shoot, that would have easily been over £25,000, more like £30,000 including venue costs and travel expenses. I did extend my insurance coverage for that one, the clothes I borrowed were worth a fortune!”

AL, Freelance food and cultural feature writer: “No idea except my hourly wage that I get after the 40-50 hours I spend on a story is pathetic. Never over £5.”