HOW DO FREELANCE PARENTS DO IT?

Once you’ve wrapped your head around the financial support that expecting parents are entitled to, the reality of being a new parent while balancing a freelance career can start to sink in. Freelancers will know how hard it can be juggling a variety of clients and projects, so the thought of doing all of that with a baby in tow can be daunting, to say the least. But don’t fear. Having children while freelancing is manageable, and with a little organisation, it can even be a more balanced option than working full-time while being a new parent.

So, how do freelance parents do it? We spoke to a handful of freelancing mums and dads at different stages of parenthood to learn how they managed to make it work. 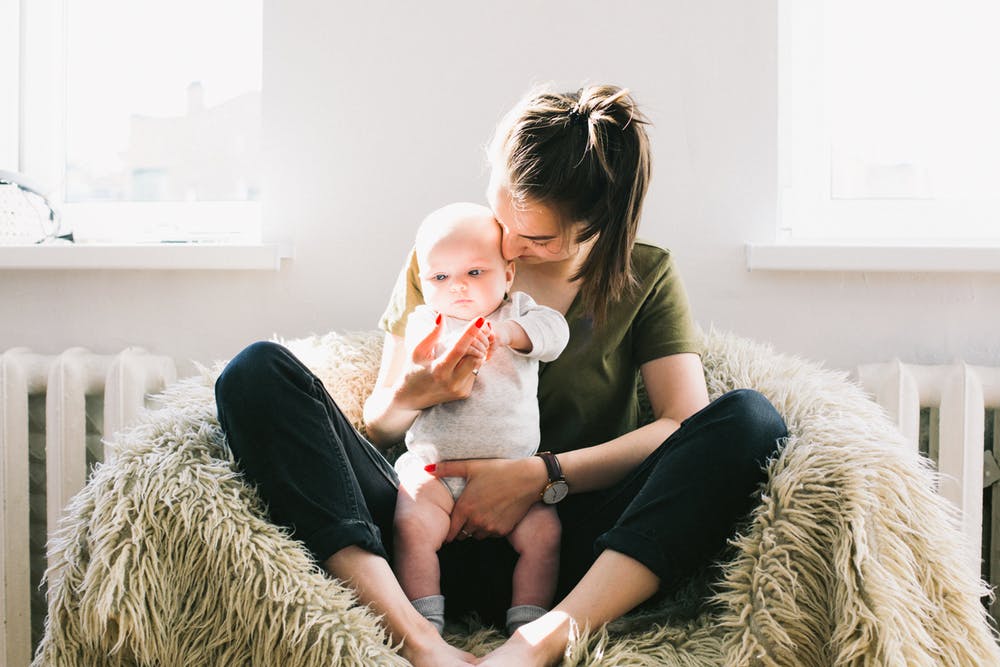 “The house is rarely as tidy or as clean as I'd like it to be but no other job would pay me to have the flexibility around my children like I do now,” remarks new mum Jasmine Ross who runs her own pamper and skincare business, Naturally Yours. Jasmine is one of many new parents who juggle their freelance career while raising children or who decide to go down the freelance route after they or their partner fall pregnant.

Nine months ago, just after having her newborn baby, Jasmine started her new business while looking after her newborn and toddler. “We've adapted as a family. I work when the kids are asleep or are distracted with an activity,” but how exactly does she manage a business with two little ones? “My business is primarily Facebook-based and I quickly learnt how to schedule posts a week at a time. I have power hours every day where I schedule, message and post. I wake up at 6 am and spend 30 minutes messaging my team and schedule my morning post.” Jasmine’s runs her business with a team of freelancers who also work around their families and other work commitments. She communicates with them via Whatsapp and their team Facebook group.

“Organisation is key and it's extremely tiring,” says VPA/Customer Services Manager Evelyn-Amanda who had her children over a decade ago while she was self-employed. “There’s no 9-5, no time off or sick pay. There is really very little support for a self-employed mum. Clients do not have to give the same consideration as they would to full-time employees and I still think that's the case.” Although that sounds scary, it is coupled with any parents ideal of “working in PJs and varying your working hours,” declares Evelyn. So how did she manage to work for herself while raising children? “I worked when they slept and in the evenings. This gave me time with the children and time for the business,” she says. “You need to be very self-disciplined especially with young children. It’s very easy to say ‘I'm tired, maybe I’ll do it tomorrow." 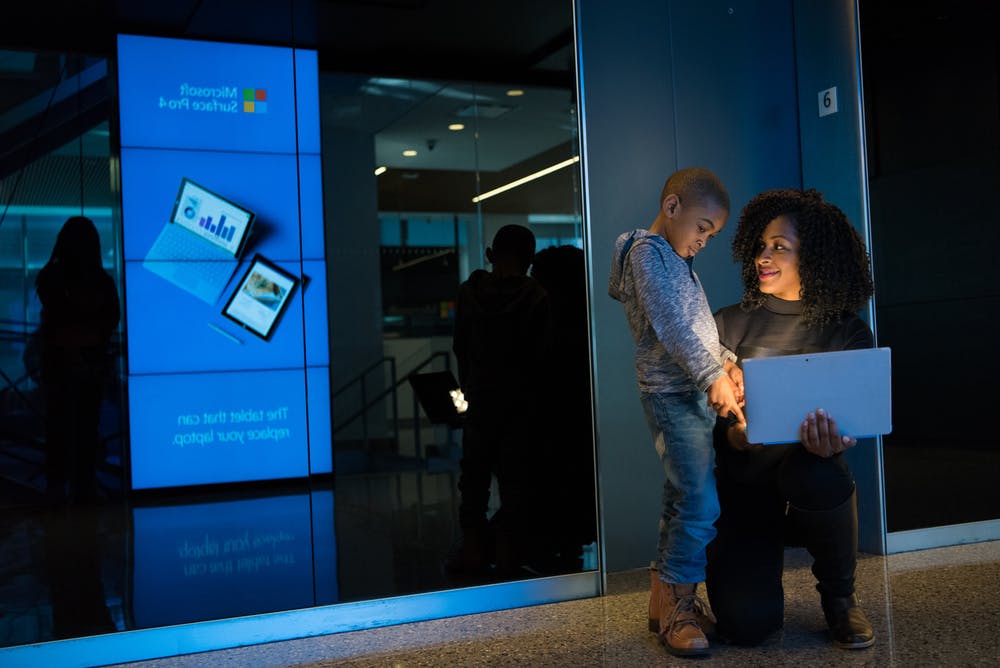 When TV producer and director Benjamin Field first became a new parent, he describes how “the pressure on me was fairly full on. There's a lot of guilt I felt about 'abandoning' my family at the point that they needed me most, but I had to keep earning, then more than ever.”

He discusses how he mentioned his family situation with clients straight away “I make it clear to all clients from the outset, family comes first, most clients respect that and respect me more for it. I have become very strict on what clients can deem as reasonable. I have implemented a proper working week. 9-5, Monday to Friday. People can contact me outside of those hours but whether I respond is discretionary.”

“I see myself as a full-time mum with my career as very much secondary. That said, I don’t plan on working much less - just being more productive and focused with my time and choosing projects carefully,” explains freelance artist and illustrator Claudine O’Sullivan. She also speaks about putting ‘family first’. “I am giving myself longer for deadlines now and all clients have been fine with my daughter attending meetings or events.”

As for the mental aspect of having kids, Claudine describes the positive impact that becoming a new mother has had on her. “I’ve been lucky not to struggle with mental health as many mothers do, motherhood has filled me with unexpected confidence and ambition, I’m really trying to appreciate how lucky I am to be my own boss.” But she has felt the difficulties of parenthood. “Physiologically I am dealing ok with the tiredness and have become used to the new norm. Breastfeeding was an initial struggle but now it’s such a close bonding experience and makes it easy to go anywhere with my daughter.” 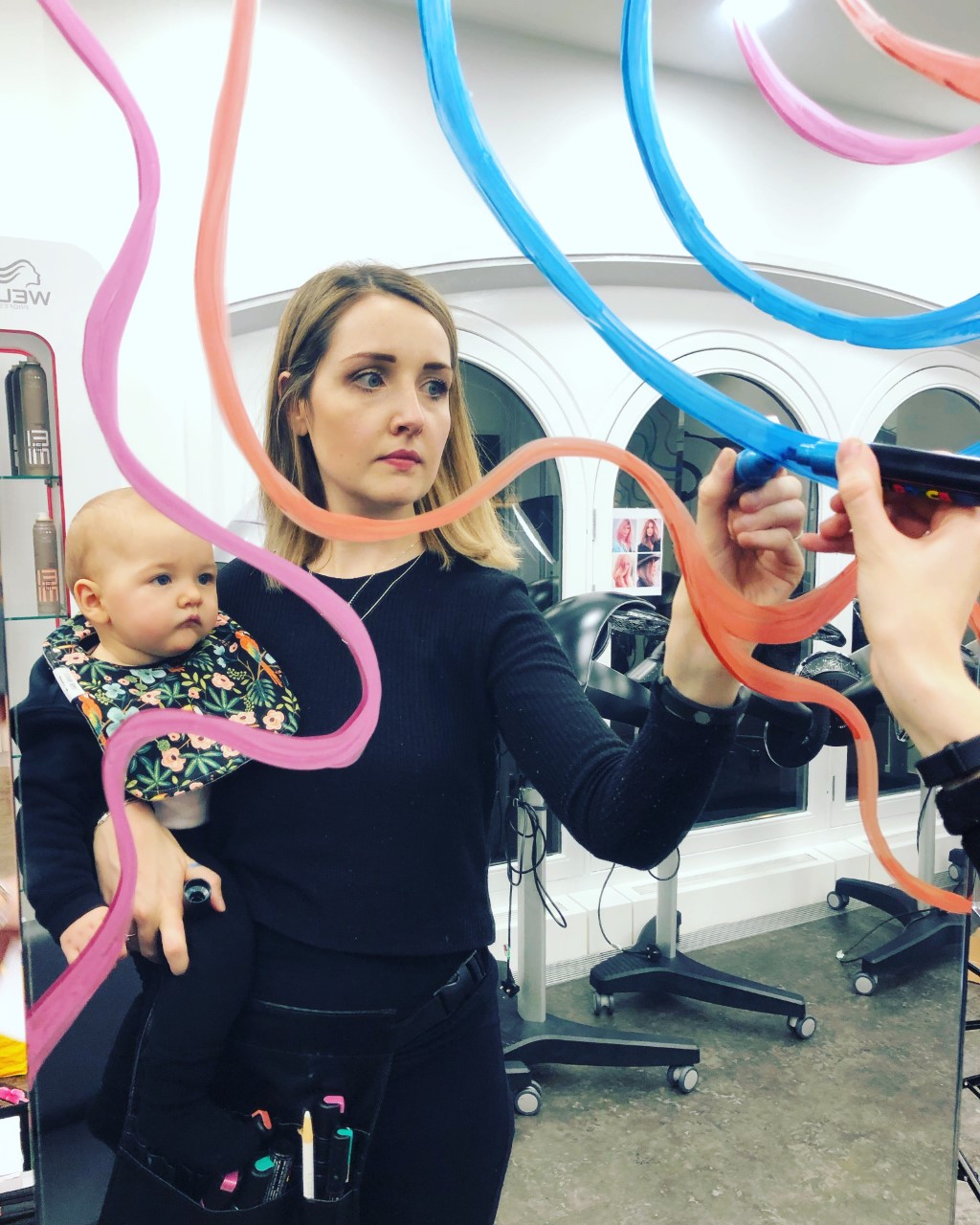 Financially, Claudine was able to prepare herself by “not buying into all of the commercial pressures of motherhood! There are so many products and ‘must haves’ targeted at new mums as they enter this new unknown. We’ve been as minimal as possible and all my daughter really needs is me, my milk and a few essentials! We don’t even have a pram - just a fabric sling!”

When she first embarked on motherhood, business owner Erin Thomas Wong declares how “it had a huge impact on my own well-being and I really felt like I was losing a sense of who I was. For me, starting a business was my saviour as it allowed me to have control - whereas as a mother I felt pretty helpless. Sleep deprivation is horrific too and it's very hard not to feel depressed when you're exhausted. Before having my first son I worked in TV production,” she continues.  “I knew within weeks of having him that my whole life had changed, and I couldn't envisage working the same hours and being under the same pressure, whilst raising my young son. I didn't know anyone running their own business so it really was a whole new world for me.”

Today, Erin is still juggling her career with family life, but she makes it work for her. “I work entirely around the kids now. I've built my business so it fits around school hours and school holidays. I've built in the flexibility to take time off for school plays, hospital appointments etc. It's all about making choices, and it's certainly not always easy, but it is possible to have both - being a present parent and running a business you love.” 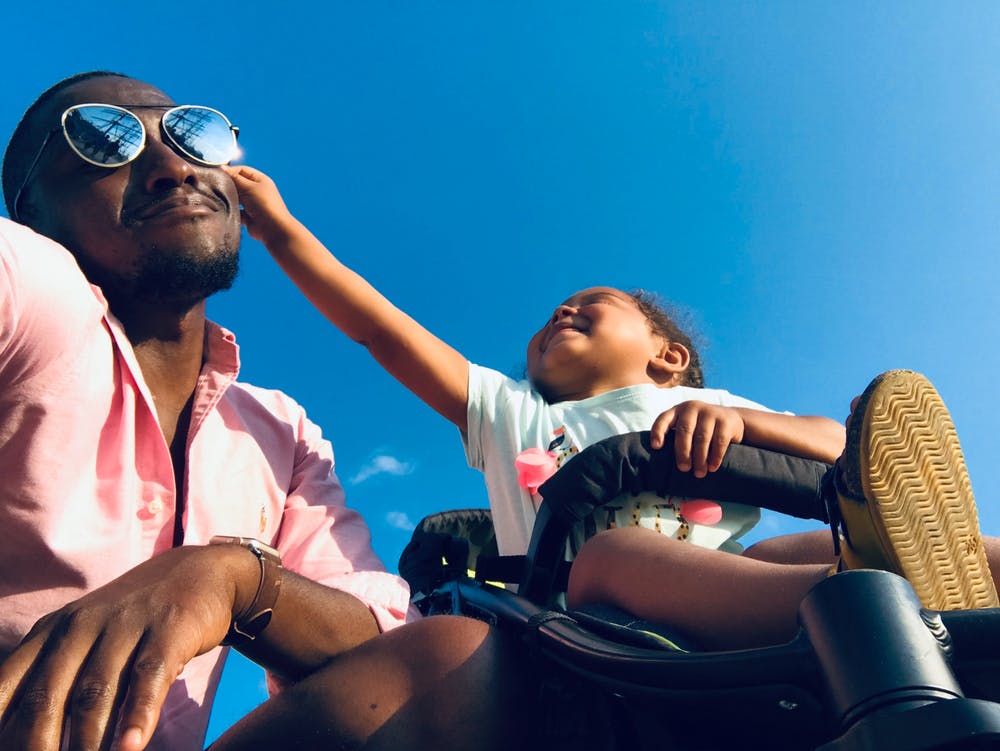 John Adams decided to start freelancing while his wife worked full time shortly after his daughter was born. Today, he is a freelance writer and creator of the multi-award winning fatherhood and parenting blog Dad Blog UK. “When my youngest daughter was born back in 2012, I had already left full-time employment. I was working part-time on a PAYE basis. I did a little freelancing on the side and it worked well, although I was never completely on top of housework!” It was when his child started school that he began his freelance career. “That was the point I left the workforce altogether and started freelancing. It was tough, but I’m now settled into a routine that works. For about two years, I rose at 5 am every single day to squeeze in a couple of hours of work before the kids got up. I still do that from time to time but it’s not a daily thing thankfully.”

As for childcare, John explains how “there are some great co-working spaces that also feature nurseries. As a freelancer, this may be a great option for you.” A few spaces like this in London are Third Door, Second Home, Cuckooz Nest and PlayPen. “If you need flexibility, you may need a nanny or childminder instead of a nursery because nurseries tend to operate during office hours.” John points out.

A year after her first child was born, freelance journalist Annie Ridout’s self-employed career was booming. Writing for The Guardian, Stylist, Red Magazine and Forbes, as well as her own parenting platform called The Early Hour, Annie worked around her daughter’s sleeping patterns. “By then, my daughter was sleeping 7-7 and had long daytime naps, plus she was in nursery two days a week. So I had plenty of time to work and I wasn't particularly tired,” she notes.

However, nine months after having her second child, things began to change. “It was when he was around three months old, and the content had run out, that tiredness kicked in and I started to struggle. So in terms of planning, get as much support as possible and commit to as little as you can. You don't know how you'll feel, what the post-birth recovery will be like or what your baby will be like - in terms of feeding and sleep. Be kind and gentle to yourself, and have low expectations about what can be achieved. I reduced the articles to one a week and the pressure dropped,” Annie continues.  “Interestingly, the traffic (to my website) didn't. I decided to be more selective about the work I took on. I began to design a freelance career that gave me time with both kids, some downtime and enough income to pay my half of the household costs.” Today she explains how she’s “enjoying building this freelance career around looking after my kids, so I take the stress with the fun bits and try to stay as calm as I can.” 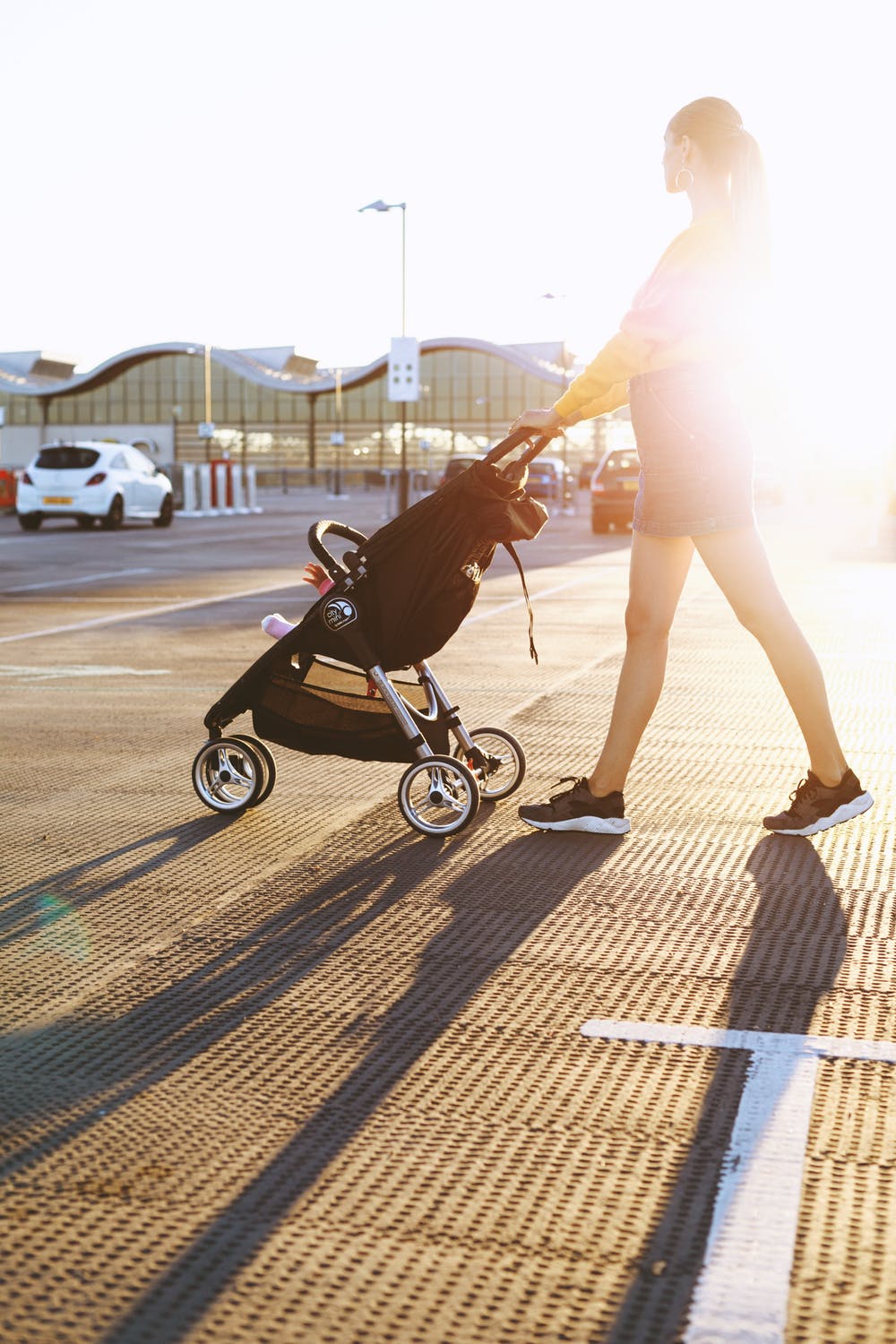 Being a freelancer and a parent is not without its difficulties and it can often feel like your time is entirely divided between childcare and work. The flexibility of freelancing can be lost when a baby arrives, though, being constantly on the go is something that every parent can relate to. When you’re dealing with a screaming child on top of an ever-growing list of upcoming deadlines, remember all of the benefits, mainly time with your kids, that you have been a freelancing parent. Eve notes how “my girls had a mum that took them to Tumble Tots, playgroups, sat with them to read or to play and eventually to school and was there to pick them up. They still remember that.”