In the world of advertising, we are often surrounded by faceless bodies trying to sell us the hottest new thing. But have you ever stopped to consider the people behind the pictures?

While you’d be forgiven for thinking that body part modelling is only for people with pretty feet, well-manicured nails or a face for radio; in reality, there is a wide range of opportunities available for any body part that you’re feeling particularly proud of. 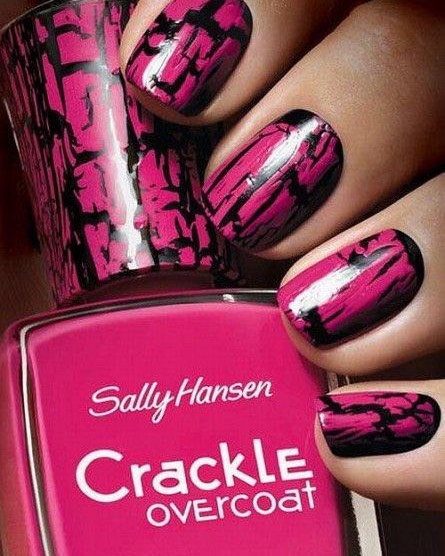 If your eyes are the perfect shape for winged eyeliner or you can do a hair flick worthy of a L’Oréal commercial, you’ll likely be snapped up by the beauty industry for their latest advertising campaigns in an instant. From bald heads and belly buttons to eyelashes and earlobes; if you can pose with it, you can model with it.

Though the majority of work is usually in product photography or advertising, a lot of success can be found in the film and television industries as a body double. Often, productions require a body part model to convey something that they couldn’t achieve with the actor, similar to a stunt double. This could be down to scheduling conflicts, inexperience or a specific preference on the part of the actor or even the studio; so while you might not look enough like a young Angelina Jolie to land an acting job, your left leg just might!

HOW DO YOU GET STARTED?

Unfortunately, like much of the creative sector, body part modelling is an industry that suffers from a severe case of networking. It’s all about who you know, where you get invited and you’re unlikely to find much work outside of the major cities. 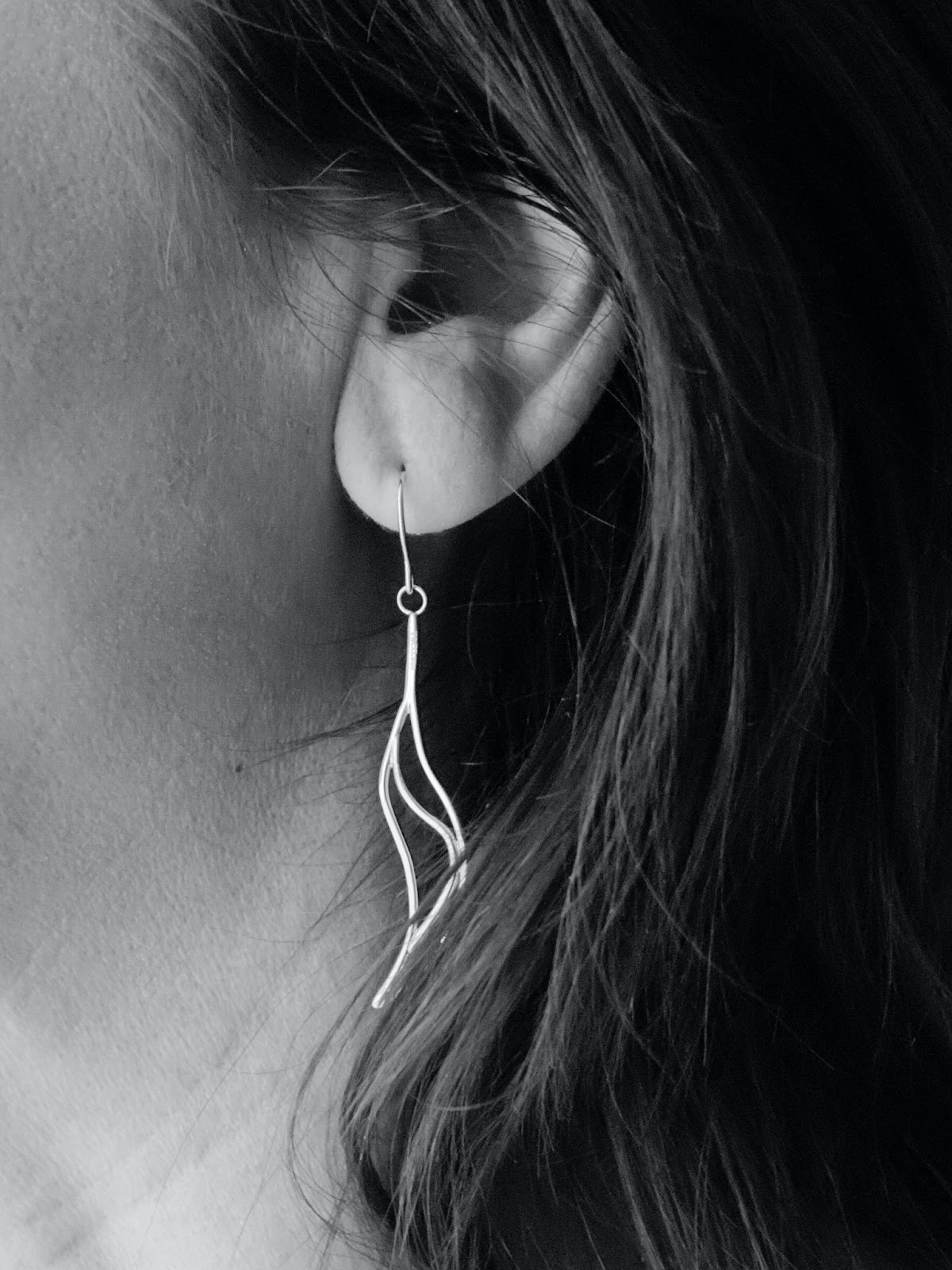 Although some have had the fortune to be scouted from a background position on set after their premium body parts were noticed; most body part models transition across from the world of traditional modelling after being recommended for part-specific jobs by their agency.

For many freelance models, it can be a great way to supplement a lack of income between their traditional modelling projects. Freelancer Club member and hand model Nina Jade Napoletano decided to add body part modelling to her services as a favour to a friend:

“I just started body parts modelling about four years ago. A friend who owns a major shoe label in NYC asked me to model some of his latest designs. From there, I put myself forward with my agency to open myself up to more parts modelling gigs”

Nina believes it was a natural side-step after a long career as a fashion model:

“Parts modelling came with the territory of modelling in general. I started modelling about 14 years ago as a hobby, giving up sports and focusing on the craft over weekends. When I graduated from high school, I decided to commit a year doing it full-time as a freelancer. From there, I’ve made it my profession and I’m now signed with over eight agencies between London, NYC, and LA.

IT’S HARDER THAN YOU THINK

You may be surprised to learn that body part modelling can often be more taxing than traditional modelling. Shoots are often done at extremely short notice, as productions have a tendency to require doubles at the last possible moment. Since you’ll need to be ready to work at a moment’s notice, it can often be a good choice for freelancers who enjoy a more open schedule.

After four years as a hand model, Nina has learned to expect a call from her agent at any time:

“I was called with less than 24 hours to shoot the No.7 Boots Christmas Advent Campaign. I showed up and had to move two Christmas boxes in and out of frame. I was on set no more than an hour!”

It’s important to remember that body part modelling involves a lot of patience. Once you’re in front of the camera, you’ll often be stuck holding your body in awkward and uncomfortable positions for a really long time while the photographer works to get the shot. If you can’t hold still during these extended periods, you probably won’t get much repeat work and you’ll probably upset the person behind the camera.

THE NATURE OF THE BEAST 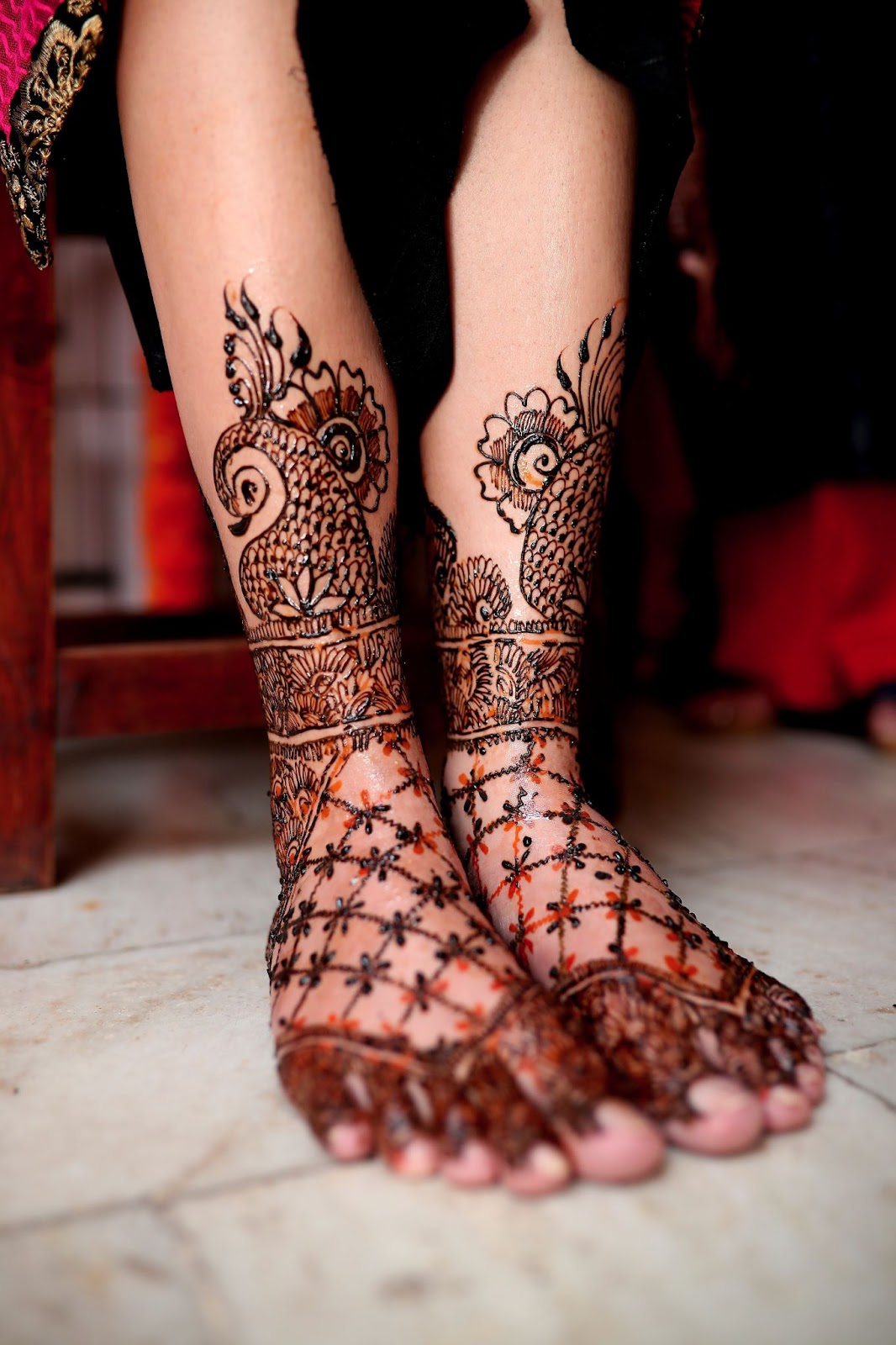 Sadly, most models are all too familiar with the negative attitudes towards the profession. Far too many people believe that the life of a model is underworked and overpaid as it is so you can imagine how they feel about those earning a living from a single body part!

Unfortunately, this negativity can be even worse for body part models. Thanks to the associations between certain body parts and fetish culture, a lot of people assume that body part modelling is only found in the sex industry, leading to a mistaken belief that the industry is inherently sexual. While this is obviously a mistake, it often means that body part models are subjected to higher levels of hatred.

Earning a living as a body part model comes with a much stricter set of requirements than traditional modelling. Any pre-existing scars, tattoos or body modifications will usually be a deal-breaker for many clients and you’ll need to spend a lot of time in the gym to maintain the look you’ve been hired for.

This is mainly because macro lenses are the most popular choice for body part modelling jobs thanks to the number of extreme close-ups. These lenses give the camera a much closer look at its subject, meaning that the condition of your chosen body part is of the utmost importance. Although you don’t need to maintain your whole face and body like a traditional model, you still need to focus a lot of care and attention on the body parts that you do wish to model.

The level of maintenance necessary is not for the faint-hearted, as Nina explains:

“Being a hand model is fun but it’s not always easy street. You can’t wash up and be active with your hands as they always have to be ready in case you get a client wanting to book you. I never get my nails done, I only paint them for jobs. I’ve never had fake nails, gels or acrylics either.”

Aspiring body part models must be very careful when navigating their daily lives to avoid getting scrapes, cuts or bruises before a shoot. Since your limbs are your livelihood, something as small as a papercut, a bruise or a broken nail could leave you out of work for several weeks! 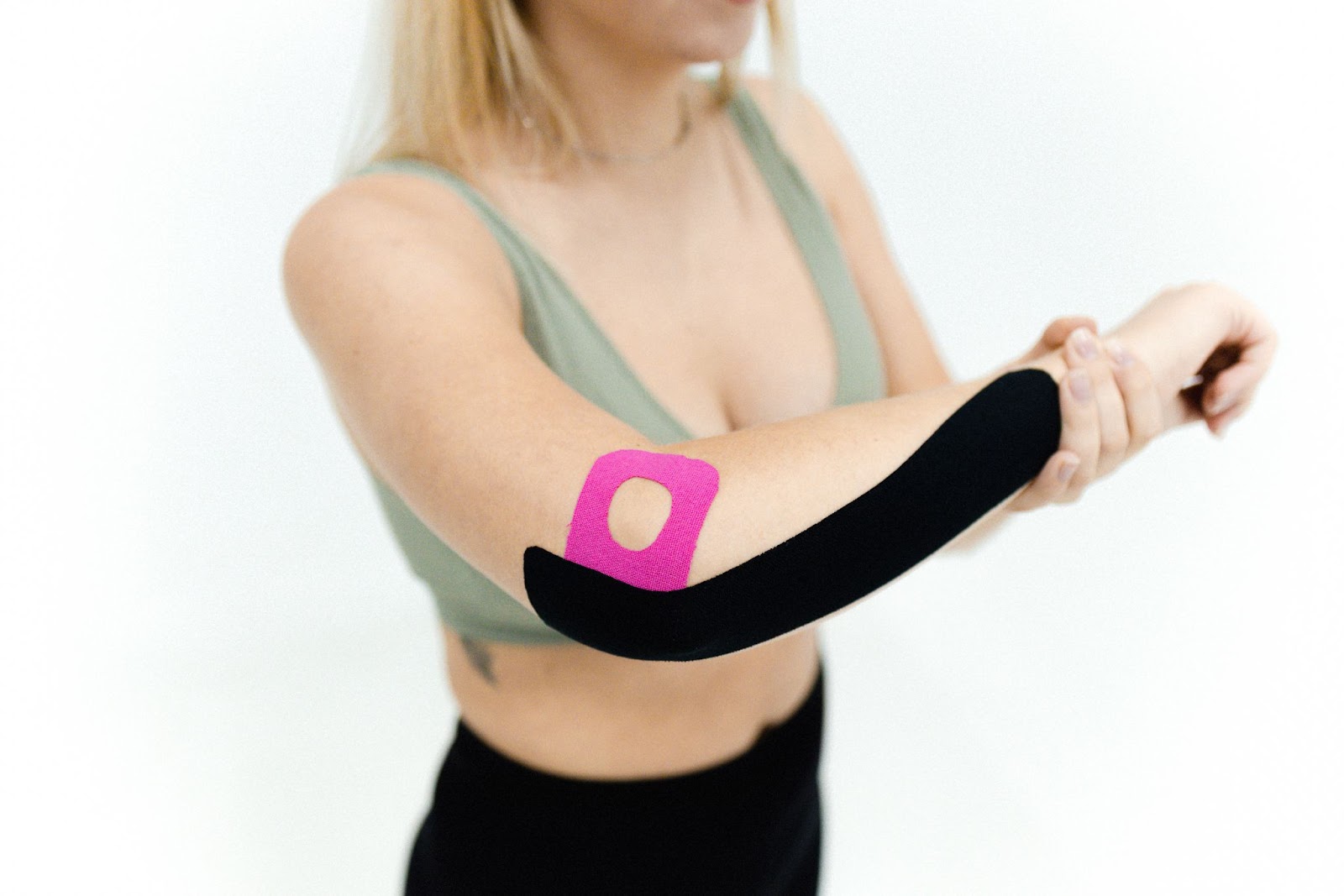 Many freelance body part models resort to wearing protective gear like gloves and face masks or concealing themselves under lightweight fabrics at all times to shield their body from any unexpected injuries, sunburn or even wrinkles. Some even take out large insurance policies on their parts to cover them in an accident or emergency, similar to celebrity body parts Taylor Swift’s legs or Tom Jones’ chest hair.

Nina was keen to stress that body part modelling needs to be the focus of your life:

“It’s a lot of fun to show up on set and work with products using your hands, but I think what people don’t see is that being a parts model means you can’t be mega active using your hands, or it will show on camera. [You need to be] someone who’s dedicated to putting in the work and taking care of themselves and their body parts.”

SO YOU WANT TO BE A BODY PART MODEL? 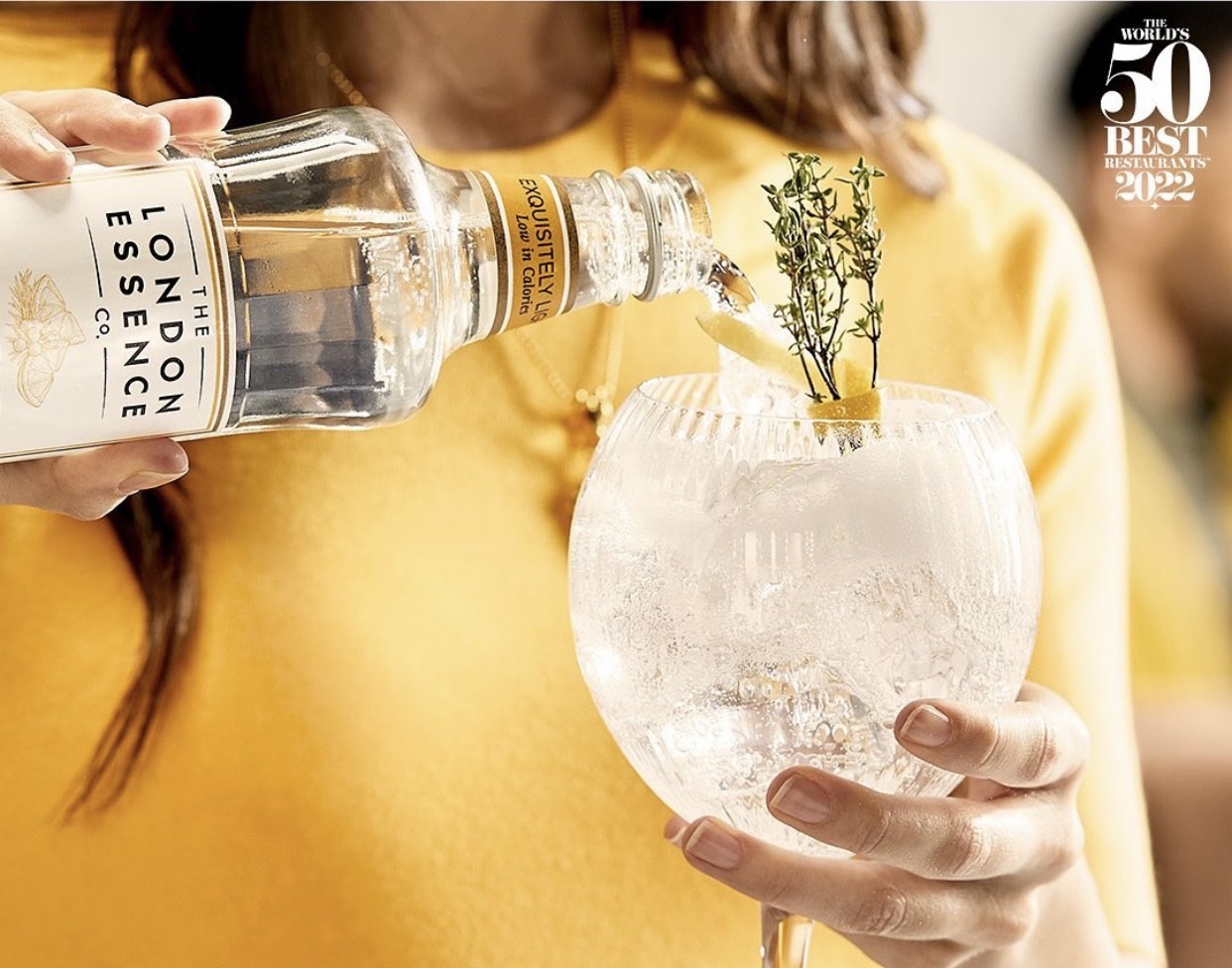 “Take care of your body parts that you are working with. If it’s hand modelling be careful when cutting food and cooking; you won’t believe how little scraps and burns can have a really big impact on whether you get a gig or not.”

She highlighted the importance of a clean and varied body of work:

“Start building a portfolio using different props with your hands. If you want to focus on legs or feet try wearing different shoes that can highlight you in a good light.”

Nina’s final piece of advice was not to take it all so seriously:

“Have fun - Reach out to brands you enjoy shopping at. Network as much as possible and find a good agency to sign with!"

Whilst having the support of an agency that is experienced with body parts modelling is invaluable, these agencies are often hesitant to take a chance on newcomers. The Freelancer Club is here to help you begin your journey into body part modelling. By becoming a member, you’ll be able to work with other talented creatives to build your portfolio, get advice from other models currently working in the industry and get that all-important first booking.