The war between creativity and business has raged for generations and rarely is it more evident than in the passion-sectors. Fashion, art, film, music… can feel almost vocational, as if an invisible force is driving us forward to do the one thing we are meant to be doing whilst at the same time, we're often forced to make commercial decisions. Continuing our Inspirational Freelancer series, we sent our Founder, Matt Dowling, to meet with freelance singer/songwriter LEIO for a coffee and a chat. They discussed the essence of creativity, striking a balance between art and commerce and the importance of naivety.

MD: ...was music always in your life?

Yeah. I grew up down south in a small fishing village - an amazing place to grow up. Both my grandmothers had voices and there was always a lot of music in our house. There are old family videos of me singing when I was 18 months old!

When I was in school I knew I wanted to do something different… off the beaten path. What’s your passion, what makes you tick? I got my A levels and around the same time, a friend, Emma - we took law classes together - asked me ‘what do you really want to do?’.

It was as simple as going straight to Google, looking for producers willing to work with us. MySpace was there but it was at the tail end of its life.

Do you know India Arie [an American singer/song writer]? I loved her music. I found out who her manager was - you know, crazy levels of confidence and naivety at that age before you get all jaded and cynical [laughs] - and I just sent him an email, saying ‘hey, this is my stuff’. He was really interested and based in the US. Really sweet guy called Fernando.

Anyway, that ended up with them taking me to the States. I went to Los Angeles when I was 18 on and off for about 5 years. Learning to write, interact… you just don’t know how to conduct yourself until you’re in it. LA, Nashville, Atlanta, New York. That was my education. Then I moved to London.

A couple of years ago, I transitioned out from my old manager to my manager now. That’s a funny story too.

I work part time at a spin studio. The head of a major record label was there. Someone told me who he was and I had a conversation with him. He put me in touch with an entertainment lawyer who is amazing. He asked what managers do you want to go after in the UK? One of my favourite artists is Emeli Sandé… a couple of days later I got an email and that’s how it started. 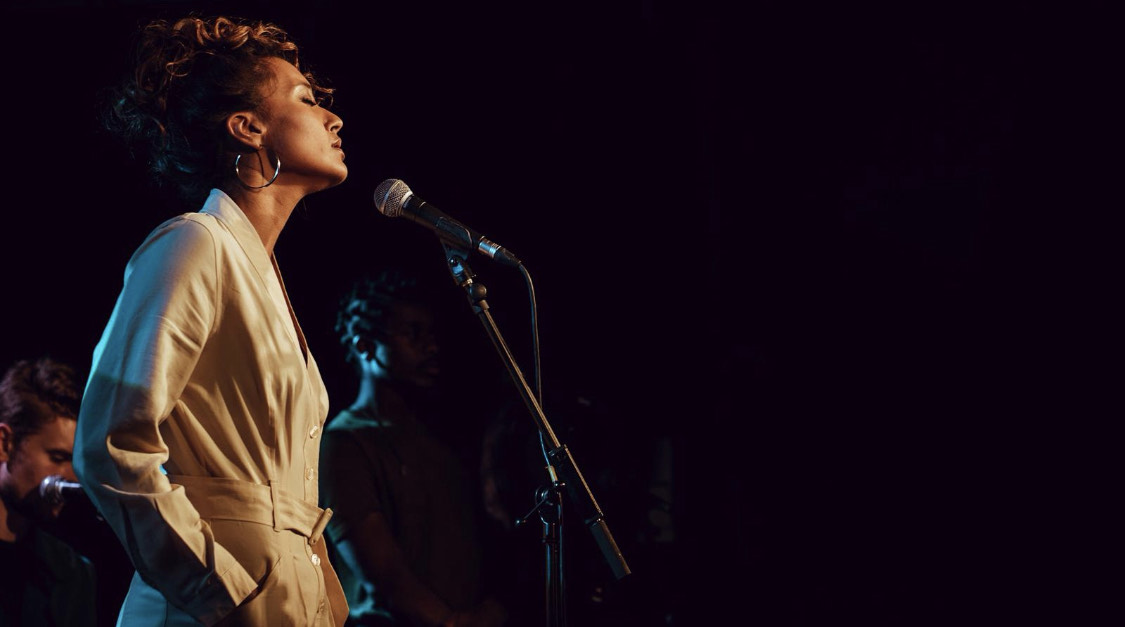 MD: Before you moved to the States, what had you done?

I sent a couple of really bad tracks - I applaud the management who saw something in me that I didn’t see, not truly. I wasn’t anywhere close to the artist I am today. I wrote a record called Concrete Blocks on YouTube that got loads of traction - no idea how. Even today, I’ve no idea how you would get those numbers so arbitrarily. That was another tool to show what I was doing.

If I’m honest, it was just a hope and a dream. Looking back, I would not get on a flight at 18 years old, not knowing anyone in LA, hoping for the best. It was brave.

MD: You touched on the naivety of youth. How much do you think that has to do with the creative pursuit?

Everything. You have to believe in what you’re doing - the vision - as if nobody can tell you ‘no’. As if there is no ‘no’. No obstacles. If there was one thing I feel like I could have changed, it was me. I was the biggest obstacle. If I could have removed the ego and not been too proud to share the idea or the dream because that’s where so many good things turn into great things. Even now, I just go for it - it doesn’t matter. 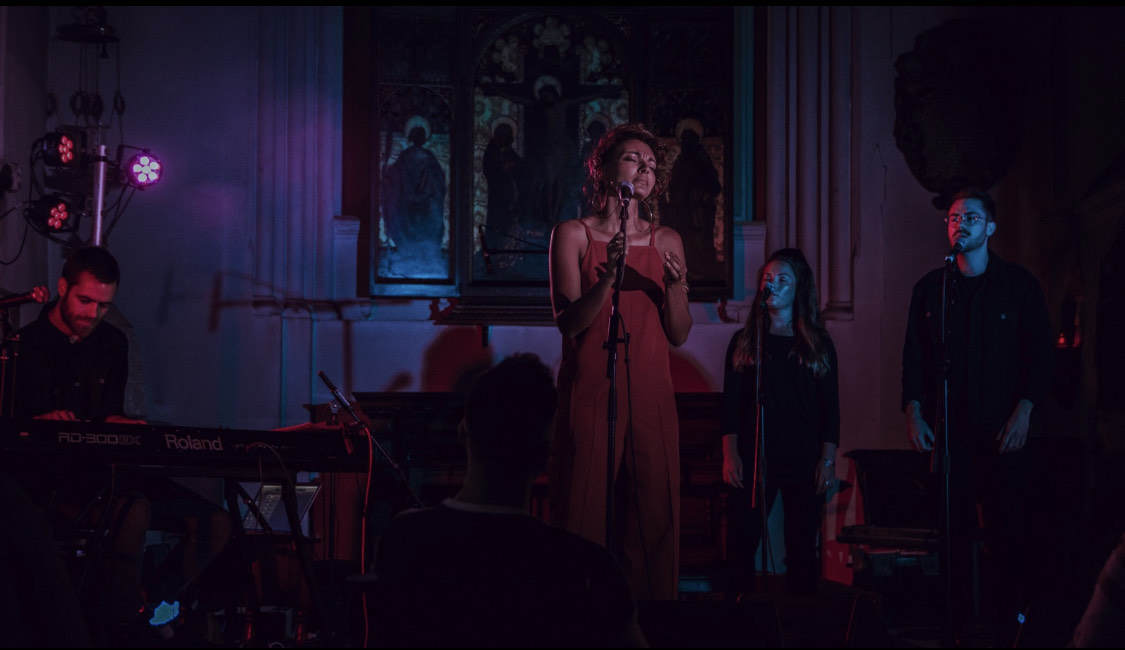 MD: Life knocks you about a bit and we put up barriers. Innocence and child-like awe seems to play a key role in creative thinking, that purity of voice when you’re not copying anybody. How do you hold onto that when you get knocked back?

That’s the biggest challenge. Your good days need to outweigh your bad days. Not necessarily in numbers. If I have a good day, that carries me through 20 bad days. The strength in what you know you’re supposed to do - if that’s not too idealistic - but it’s how I live my life. I’ve a very successful family but I told them, ‘that’s cool but I’m going to be a singer’ [laughs]. I feel blessed to have such supportive parents and friends.

About 3 days before I got the email from Adrian [LEIO’s manager], I was on the phone to my boyfriend at the time on the floor crying. I’m in a city that I don’t understand, trying to do something that I’ll never get to do…. It’s how much you’re willing to sacrifice to do the thing you’ve got the talent to do when society tells you that you should have a mortgage, be in a stable relationship…

MD: Do you believe in fate? Is there an invisible force driving you forward?

Yeah. We all have it in us - something that ignites us. I’m addicted to that. I don’t want to do something mundane to pay my bills - go through the phases - or do something that is expected of me. The money is almost a secondary thing. I think about ‘is my team in LEIO strong, do we love spending time together, are we elevating each other’s dreams and enjoying our time doing it?

MD: Exploring the freelance mind - creativity and passion on one side, business and commerce on the other. I get asked to speak on this a lot. Retaining creative integrity whilst paying the bills. Compromise is a dangerous word for an artist. How have you squared that?

You’re right. It is a business. If you want to go in on a commercial level, you’re making little decisions all the time. Even creativity, you’re asking is that a ‘2020 sound’ to put yourself in the right place. However, I feel now more than any other time in my life that I’m making the most authentic music which is so much more significant than just getting a track on the radio.

In terms of the financial element, I’ve just grafted my arse off for a decade! End of the day - what is it worth to you? I’ve a lot of friends who have travelled that journey and then say, you know what, I’d prefer the comfort to pay my bills, have a stable relationship, start a family…. There’s nothing wrong with that, you’ve just drawn your line at a different point to my line. It’s a lot of sacrifice.

I’m signed for a 3 single deal so my expenses are covered which is amazing. But there’s no off button.

MD: Where is the payoff, creatively? Jamming with mates, live on stage…

Sometimes it’s as small as a message on Instagram to say they love the record or someone at a live show saying ‘that song made me cry’. That’s why I’m doing it. No single part of me is interested in fame. What the fuck is that? Who wants that? I’m interested in making records that travel and touch people. I am very in touch with my emotions. I went to a therapy session - I don’t mind saying that, it’s really positive - and at the end of it my therapist goes to me ‘we’re not going to have any problems getting your feelings out of you, you’re going to be an easy client!’.

For other people who don't know how to tap into that, that’s the beauty of music. I might be able to write something that resonates with you and supports you through something.

MD: How do you define creativity?

Personally, I think it’s fulfilling what you’re supposed to do. If you have an ability… I know I have an ability to write records, it’s the connection. There are hundreds of thousands of writers but what’s the unique thing that I do that touches someone in a different way? It’s sharing that. I don’t believe everyone is born with creativity so if you have it, share it. The point is to connect. That’s worth all the rubbish days. 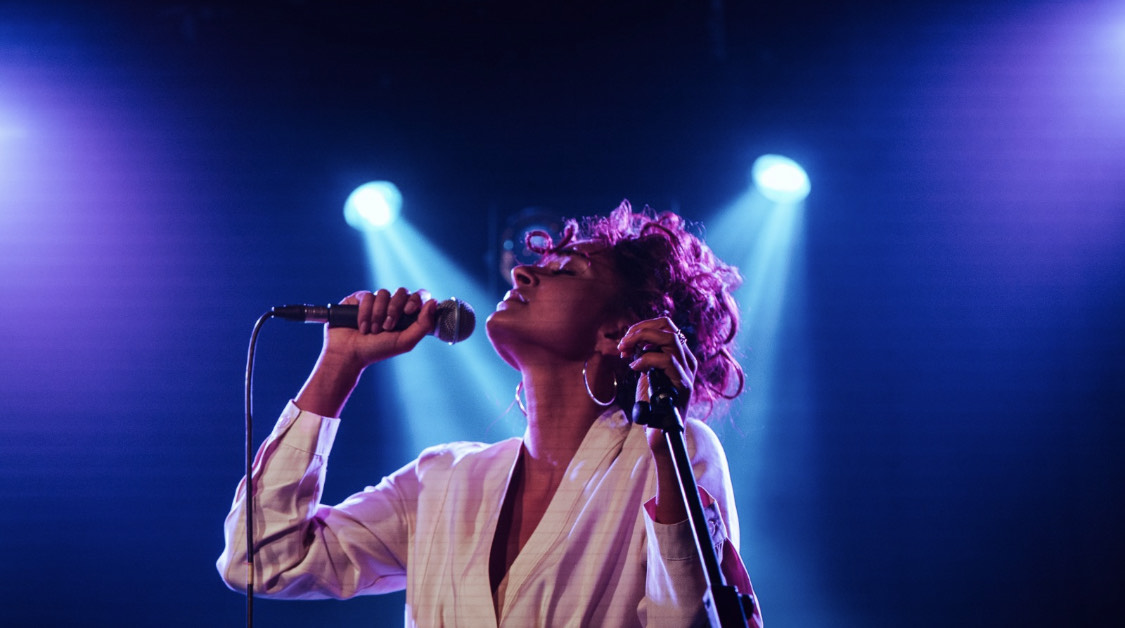 MD: How much input do you have on the business side of things?

It’s always you driving the car. Someone might have a different map in the car or others might be a backseat driver but if you stop driving, the car stops. I run the whole thing in that way and no one is going to work harder at my career than me. You’re naive to think that anyone should. We’re all contributing.

Sometimes there are things way out of my expertise and I feel out of my depth so I feel blessed that my management gives me the time. I drive them crazy with to-do lists!

MD: Does that tap into how you’ve created the LEIO brand? Separating the person from the business. Do you switch hats when you’re writing and when you’re making business decisions?

When I’m in the studio, it’s all emotion. There’s no business allowed in that room - it’s like a therapy session. Then it goes to the production element, someone much smarter than me knows my sound, gets it to 2020 so there are bits, even if it’s on a subconscious level at play.

I like the separation. I enjoy being LEIO, to become her, to be her. She’s much cooler than I am.

MD: Do you see LEIO as a persona?

The LEIO concept is more fearless than I’ve ever been but it’s more me than ever. Someone once asked me ‘what does it stand for?’ and spontaneously I said ‘Learning Everything In Order’. I could never have become ‘her’ if I hadn’t been through everything I have been through. LEIO isn’t my birth name but it’s the most authentic I’ve ever been.

MD: What is coming up for you?

I’ve got a show in Camden Assembly with a couple of other acts. Back to back shows in February and a lot of releases coming up in the next few months. We’ll keep building from there. That’s the next 6 months. More writing too.

I feel very lucky with my team and now, as we move forward, we know what looks right and what doesn’t look right. We did a cover recently and it just didn’t feel like LEIO - being aware of that. You know, play the game but play it your way.

Listen to LEIO on Spotify or catch her at an upcoming show: