IR35. You might have heard it mentioned, you might have been warned about it; IR35 has become a four letter word lately. It sounds like a dry subject and a bit of a headache, but it’s really worth knowing your stuff around IR35 as it may impact your freelance business greatly. If you’re not sure what IR35 is, don’t worry – you’re not the only one. Let’s take a look at the IR35 essentials and what you need to be aware of.

IR35 is a piece of UK tax legislation coming into force in April 2020 but the regulation itself is actually almost 20 years old.

It was an initiative which sought to close off a tax loophole whereby an individual could set up as a limited company and engage with a client more like an employee whilst still enjoying the benefits of being self-employed. These are known as personal service companies (PSCs) because it’s one person providing the services. For example, a freelance photographer that sets up a limited company and does the work themselves. The necessary conditions are not extensive or too complex and it’s become a fairly standard way for contractors to operate.

The Government saw this as an issue when PSCs were engaged in something more like an employee–employer relationship. In their view it effectively meant that millions of people were going to work every day, for the same person, at the same place, but being taxed incorrectly for this status. Dividends from a limited company are taxed at a lower rate than standard income.

Similarly, companies weren’t having to account for the contractors in terms of PAYE, pensions and employee benefits. This practice has become known as ‘disguised employment’.

The tax regulator, HMRC, doesn’t have the resources to check and assess this on a case-by-case basis. To that end, IR35 is a blanket regulation to overhaul employment status at the client end (the company that hires you). The aim being that people are taxed ‘correctly’ because many contractors are likely to actually fall into the new ‘employee’ category.

However, as we’re seeing, its effects are more wide-ranging. Particularly for freelancers who operate as a business yet work with regular clients. Proving that you’re not an employee as far as IR35 is concerned might not be straightforward.

What are the implications?

From April 2020 the end client (company or client you work for) will have to decide whether the freelancer is affected by IR35 and is considered an employee. This applies whether you contract directly or through an agency.

If the company concludes that the answer is yes, you are applicable for IR35, the end client or agency will have to add the freelancer’s pay to their payroll to deduct PAYE and National Insurance (NI) at source. However, a major sticking point is that those ‘deemed employees’ won’t in turn get the usual employee benefits such as sick and holiday pay or company pensions.

This is one reason why IR35 is seen as trying to discourage PSCs and contractors overall; they’re being stung at both ends in being paid like an employee but not being treated like one.

Overall, this means that the freelancer would pay more than they usually would as a limited company. For example:

Now deemed an employee by IR35, a freelancer or contractor puts in an invoice for £2,000+VAT.

The VAT payment on top as usual applies, however, they’ve now been taxed at source for PAYE including National Insurance (NI). They now also have to do their business’ tax return as usual.

In addition to the extra tax paid, the payment process could be longer and more cumbersome. And that doesn’t just mean in the final delivery of the payment – it means including details of these ‘source’ PAYE payments when submitting a tax return later. 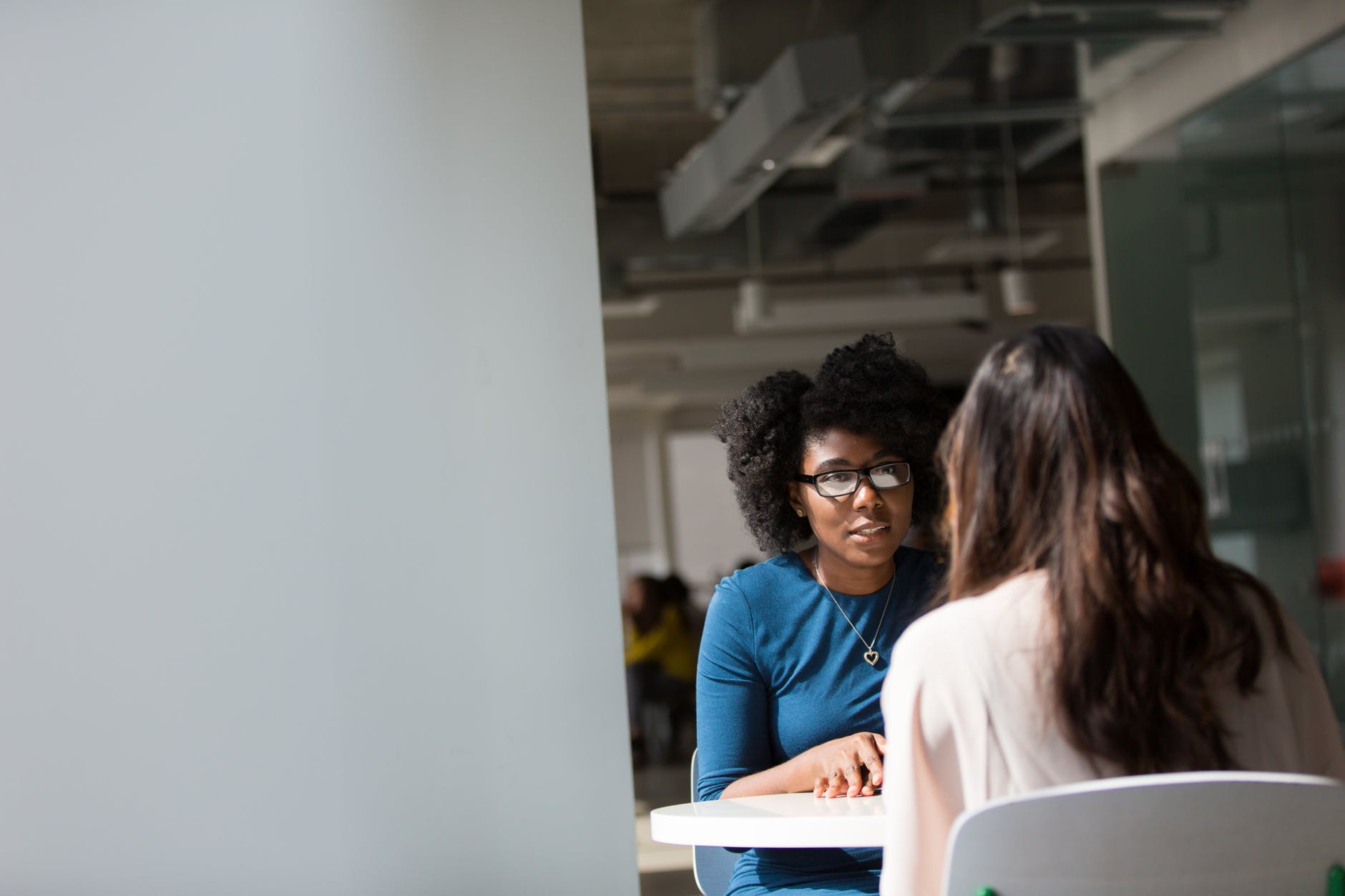 Who is considered an ‘employee’ under IR35 and does it apply to you?

The key to IR35 is in determining whether it applies – this is commonly termed as being ‘caught’, in that a contractor falls within the conditions. It’s important to note that employers, or end clients, will be the ones determining this but there are things you can do to help avoid being ‘caught’.

It’s worth keeping in mind that IR35 doesn’t affect small businesses. If your clients are individuals or businesses with a turnover of less than £10.2 million or fewer than 50 employees, IR35 does not affect them or you. However, if you landed a job with a larger company – ASOS, BBC, or Amazon, for example – they would have to determine your status.

HMRC has created an online tool called CEST, which stands for ‘check employment status for tax’. It has come under fire for its inaccuracy and usability in its current state. HMRC is releasing a new update of the tool in March 2020, just one month before the IR35 regulation comes into effect.

The good news is that you can test the tool yourself, and even though it’s not the final version, it should give some indication of whether you will be affected.

Factors affecting whether a contractor is considered an employee include:

These are fairly interlinked, and HMRC will require documentary evidence of location, hours of work, payment terms and length of employment to verify the status. They’ll also look at working practices in general.

Missing tax, interest and penalties apply for those found to be working as a ‘disguised employee’ after IR35 comes in, and HMRC can investigate as far back as six years.

Technically, the answer is: no, IR35 applies to incorporated businesses (for example, a limited company). However, sole traders should be aware of employment status rules, especially if they operate through an agency. They are also in danger of being lobbed in with all contractors and freelancers the company hire.

There’s a lot of information on sole trader status, but as it relates in this case there are a couple of things to remember.

In a similar way to what’s happening now, back in 2016, the rules for sole traders operating through agencies were tightened to try and include more of them as employees. Sole traders are not responsible for their employment status; liability for taxes and any penalties lie with the employer. This increased risk for companies actually led to the popularity in PSCs that we’re seeing now.

Therefore, even if you don’t operate through your own PSC, double check your status as it relates to any agency or body you work through.

Once again, this may not apply to the client you’re working with. Companies falling within the conditions below are common clients for sole traders. Only one needs to be met:

What are the options?

If freelancers and contractors want to continue as they are, they have to go through the assessment process with their end clients, which could of course result in a judgement that they’re an employee under IR35. Freelancers will have to be ‘assessed’ by each of their clients and any new clients who hire them.

You can appeal the decision, but the outcome isn’t assured. Furthermore, it’s predicted that the end client will be reluctant to overturn these decisions as they’re liable for penalties if HMRC disagrees with the decision. Overall, the concern is that the end client isn’t on the side of contractors and will err on the side of caution by marking all contractors and freelancers with an ‘employee’ status.

The initial advice is to talk to your clients to get ahead of the curve and find out who’s making the decision. Try out the CEST tool on Gov.uk to get a sense of the parameters and where you might fit in. Here are a few questions to ask yourself that may help you stay outside of the clutches of IR35.

It’s worth saying that you’ll probably need to do a few of these for the best chance of making your case. If ‘caught’, do appeal and in any case, make an end client aware of these elements beforehand. Don’t let them make the decision in isolation. 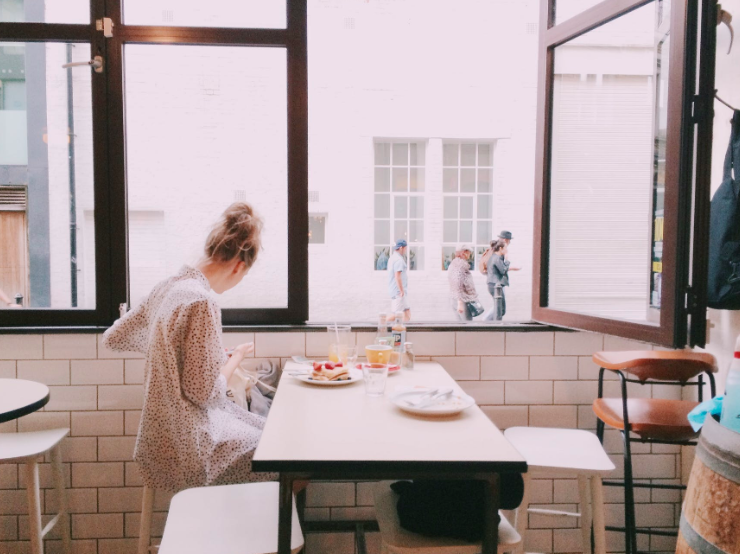 How Freelancer Club can help

Addressing these elements, Freelancer Club has some tools which back up and protect the status of contractors and freelancers under IR35.

It’s these kinds of behaviours which are likely to help in avoiding IR35. If a freelancer knows how to operate their business – even in simply having a website – they are less likely to be deemed an employee.

The autonomy we promote is also crucial. Our freelancers’ creative freedom as experts in their field speaks to the control element of IR35. Given a brief, a graphic designer,  makeup artist or photographer, for example, decides how to deliver the service.

Similarly, having more options and a larger network helps to release freelancers from the mutual obligation element of IR35’s control. If someone offers you work and you don’t have to accept, then it weakens the case for it being an employee–employer relationship.

What is going to happen when IR35 launches?

Firstly, there is a real chance that the launch of IR35 in April 2020 will be delayed. The CEST tool is flawed and due to the multiple permutations and grey areas, any update in March is bound to be met with complaints. We are also in the shadow of a general election which may play a role. That said, we must assume that IR35 is coming and consider the likely outcomes.

Initially there’s likely to be a knee-jerk reaction by companies determined to avoid any negative press around tax avoidance. End clients will want to mitigate the risk and extra work for themselves by taking a stance on contractors, and we’re already seeing a backlash against this type of employment.

However, this could eventually come full circle, especially if contractors don't flinch and take their business elsewhere. End clients might be hoping that contractors will come on as employees or that there will be a general shift away from contracting. However, this approach would be at odds with the current climate and the rising numbers of talented individuals choosing to go freelance.

The upheaval that IR35 has already created has prompted a lot of activity and increased knowledge in the freelance sector. Contractors will now make themselves aware of the potential IR35 employee status before taking on a job and may turn down work from companies who've taken a hard line.

Highly skilled contractors and freelancers are out there regardless, and there’s no guarantee they’ll comply with a company's wishes. If freelancers and contractors seek to maintain their status, will end clients eventually lose out and change their tune? Will companies who take a more considered approach to hiring talent be able to cherrypick the best freelance talent on the market at the best price? We speak with a lot of freelancers who have no intention of going back to a full-time job. Who will blink first? Time will tell.

Nothing is guaranteed, but it seems that IR35 hasn’t had the immediate effect of transforming the system that the government had hoped. For us at Freelancer Club, the power always lies with the talent. Additionally, clients will always seek out the best talent, so in the long term they might be the ones who’ll have to rethink their approach.