In this article, freelancer photographer Jake Hicks speaks on the technicalities of working on an image ‘in-camera,’ the artistry of photography, coloured gels photography, lighting setups, neon styles, and where he sees it going in the future. Having worked in the industry for over a decade, Jake Hicks has carefully developed a dynamic and unique style for his work.

TELL US ABOUT YOUR BACKGROUND AND HOW YOU BECAME A PHOTOGRAPHER.

I essentially failed all my GCSEs at school so I didn’t really have any qualifications back when I was 16. I did a one year Art Foundation at a college where I learned ceramics, graphic design, photography, and fine art. It was during this process that I found an interest and liking in photography and I went on to do a BA in Photography at university.

When I came out, I went straight into working as a freelance shooter for about two or three years. I would shoot everything from salon hair campaigns to corporate shots. When the digital revolution kicked in, it made it really hard to make the same money as I did back when I was shooting film, and a lot of people work for free and jobs wouldn’t pay, so it became quite difficult to continue shooting what I was as I couldn’t charge the same money. Because of this I took a break from photography for two or three years and did a lot of travelling while working for a climbing and outdoors store. I got back into photography in 2007 where I worked in a studio as a full-time photographer, shooting anything that came through the door. I did this for a few years before going freelance again about three or four years ago. 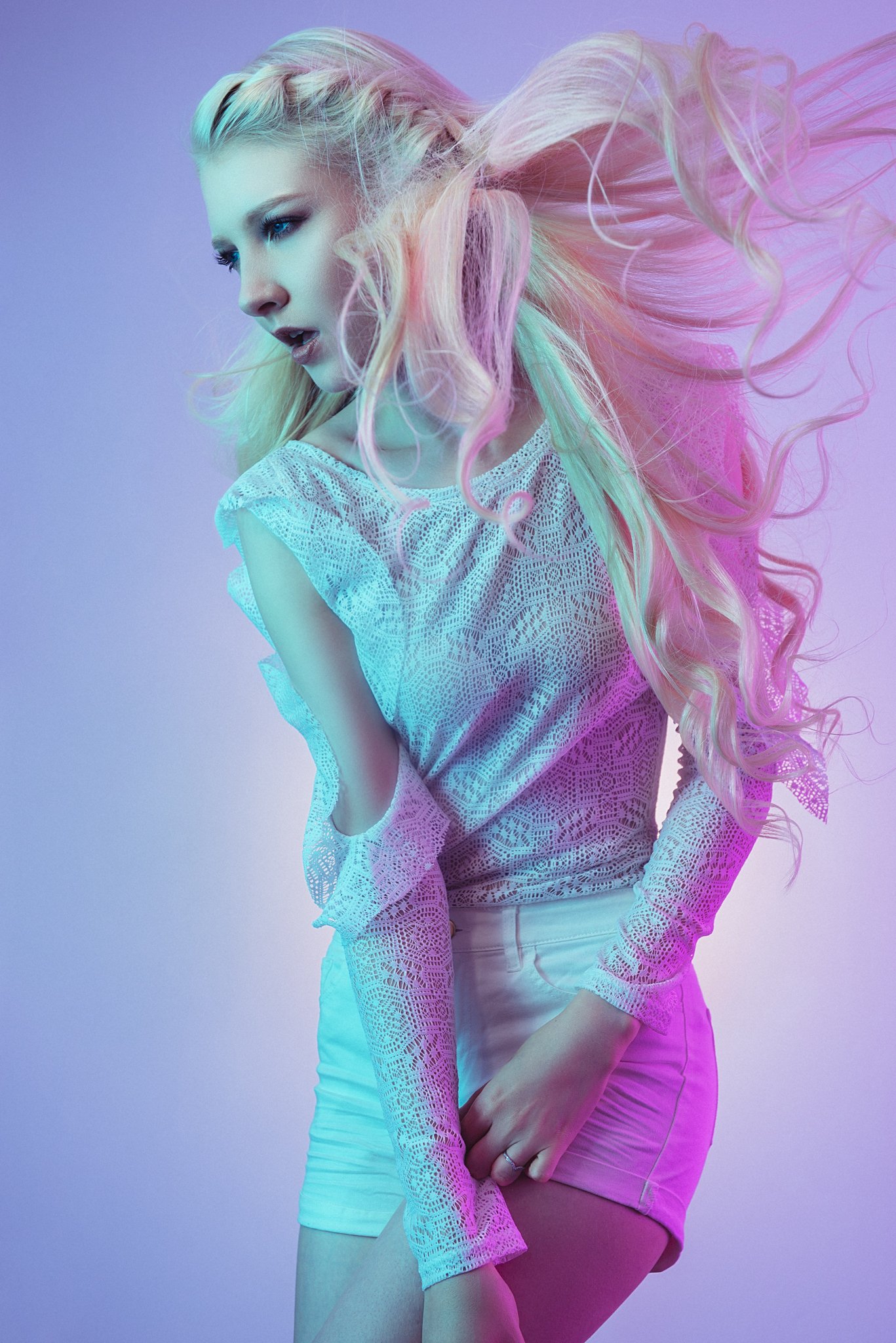 HOW DO YOU FIND WORK?

I’m in a very fortunate situation where my style speaks for itself. At the moment people tend to reach out to me, and I suppose I didn’t actually leave my full-time job at the studio until that was happening. I do a lot of my own projects, and that’s through the workshops and the training that I provide and the videos that I shoot. I call them my own projects as I can say things like ‘next month I’ll have a workshop and earn a certain amount of money from that.’ So I’m dictating my earnings as opposed to just waiting for the phone to ring, which is what the freelance world used to be like for me.

It means that I have a bit more control over what I earn and can plan certain amounts coming in based on my own projects which makes it easier. Anything else on top of that is great of course, and it allows me to be a little choosier with the projects that I take on.

HOW DID YOU FIND YOUR PHOTOGRAPHY STYLE?

My style came from working in the studio full-time. We would have a lot of people coming in and they would just want a normal white background, very high key fashion looks. Which is fine and I don’t have a problem with that, but as a photographer, it’s really boring to shoot and I don’t get any enjoyment from shooting like that. I would always do what the client wanted and then at the end of the shoot we’d have time left over so I’d suggest trying new styles. I would let them know what I thought would look good with what they were wearing or what they’d brought in etc. It was then that I started to bring in the coloured gels.

I found my style by almost fighting back against the white lighting that I was being asked for. I was like ‘look, we can try this,’ and most of the time the clients would actually go for it. The clients ended up liking things that I did at the end of the shoot that they didn’t ask for. So I built on that over time and it became more of a popular style that clients in the studio ended up asking for. 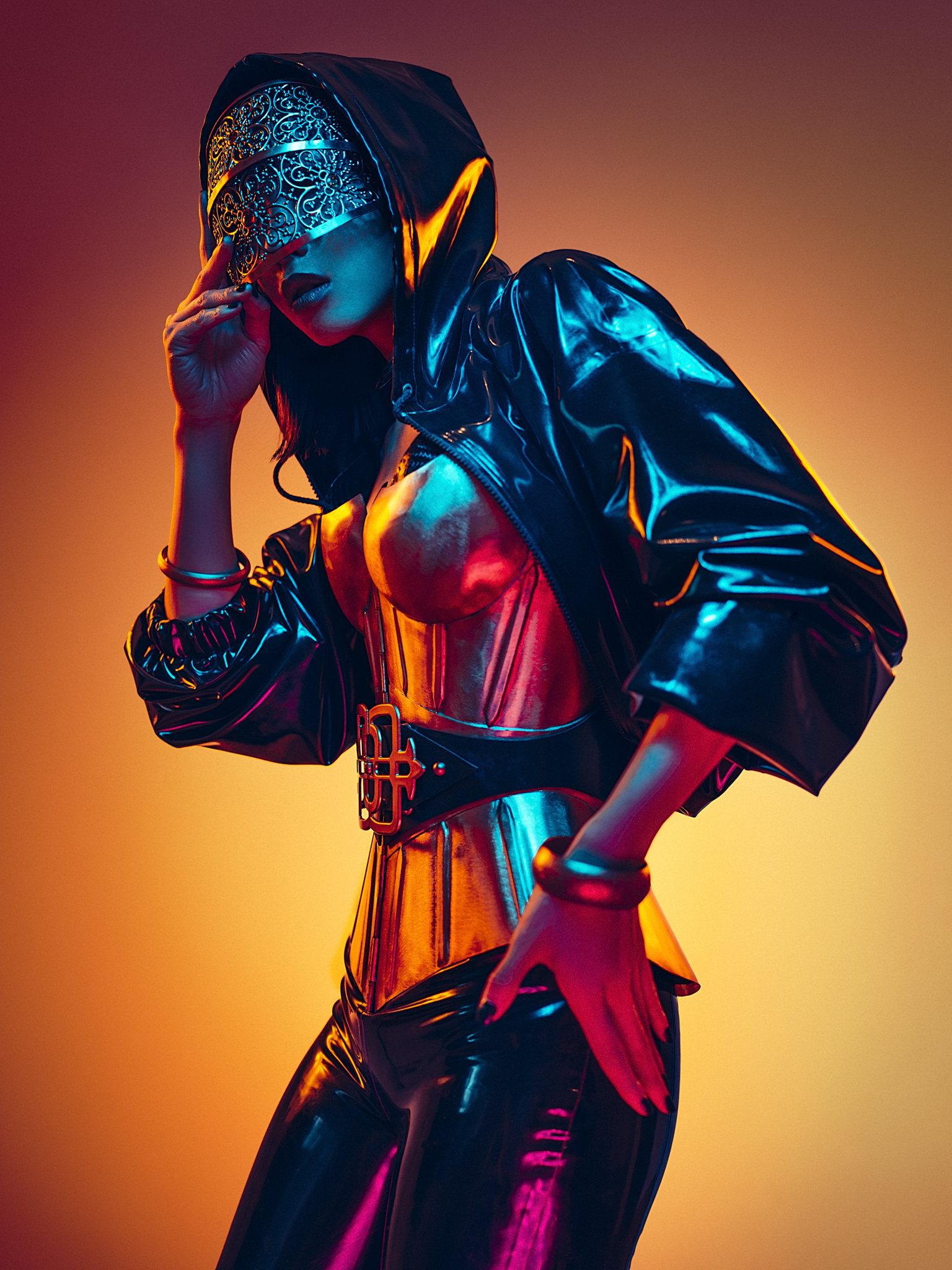 DO YOU THINK THAT YOUR STYLE IS TOO NICHE?

I don’t think that you can be too niche, not in this day and age. That’s just my personal opinion. I think that every artist has a style. Photography is rarely considered art, which is where some people fall down. It is art, and with art comes that personal style whether you like it or not. Sure, you can be commissioned to do a job and you’re just a monkey with a tripod but I think a lot of the time we need to put a bit more of ourselves into our work. I see a lot of photographers too concerned with trying to make an image appeal to everybody, so more of a generic image. Of course, there’s nothing wrong with that, but also, there’s nothing that’s going to make it stand out to the point where you will be remembered for it. Musicians don’t try to make their music appeal to everybody, no musician does that, and I think of photography and other art forms in a similar way.

The more niche you are, the more power you have to charge what you want as well.

If people want what I do, then they have to pay what I’m asking. You take back a bit of control in the situation if you are creating what no one else is. Ultimately, personal style is a way of shooting that nobody else can do.

WE SEE THAT YOU’RE A LIGHTING SPECIALIST. DID THIS COME BEFORE OR AFTER PHOTOGRAPHY AND DID ONE INSPIRE THE OTHER?

At university I was always playing with lighting, I was always fascinated by the variations that you could create in camera with lighting. I’m not trying to put down Photoshop, but for me, the interest and the passion for photography was always trying to create something in camera. It was almost like a challenge trying to create that vision in the camera rather than doing it in Photoshop later on. I suppose I came into photography before Photoshop was as big as it is now. 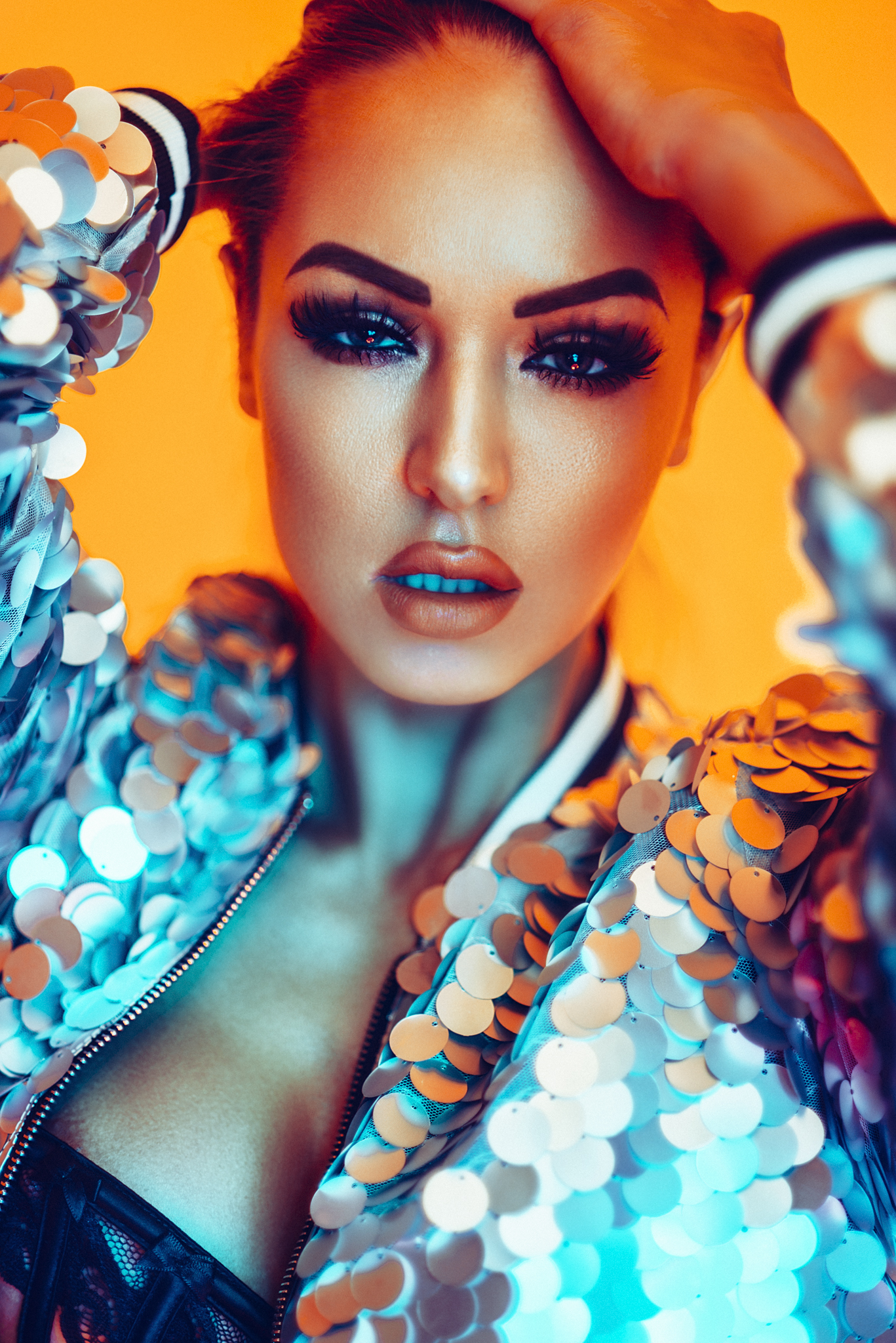 WHAT SKILLS DID YOU DEVELOP AS A PHOTOGRAPHER PRE - DIGITAL THAT YOU THINK HAVE HELPED YOU POST - DIGITAL?

I think it’s quite easy to say ‘oh you know, I was classically trained,’ but as soon as you start saying things like that it becomes really stuffy. I think getting back to the original way of shooting which was not being able to see the image immediately means that you have to have a very deep understanding of how the image will look before you take the picture.

I think now we have a generation of photographers that shoot the image, review it straight after, and then basically fight the problems within that image.

There’s nothing wrong with doing it like that and I certainly do that; we all review images on the back of our cameras and think I need to change this or that, I don’t have a problem with that at all. However, I do think that we need to have a greater understanding of how the image will look before we press the button. It will enable us to create something in our mind and then in the camera, rather than just throwing some lights together, seeing what comes out, and then adjust it afterward. Obviously shooting on film meant that that’s the way you had to do it, you had to have a very clear picture of how the image was going to look before you pressed the button. It was expensive and time-consuming.

WHAT DO YOU SEE IN THE FUTURE FOR PHOTOGRAPHERS?

I think that there will always be room for film. In fact, I was speaking about a photographer last night who shoots film and shoots very raw and very clean style fashion work. The reason I mention that is I think that there will always be a need for a younger generation to see images that aren’t overly commercialised. So, for example, this photographer has clients like Tommy Hilfiger and Calvin Klein and the images that they want are a lot younger and fresher and a lot more natural than say, the images that Mercedes – Benz will like. Their audiences are two very different demographics and so you would need to produce very different types of images for those two demographics.

I don’t think film will go anyway and I think digital will keep going. I think that there are far more ways to make money as a photographer than there ever has been and I think as photographers, we need to be more open to exploring different avenues in photography. Whether that’s through selling products on our websites, having workshops, or shooting videos, opposed to how it’s been in the past where it was just I’m a photographer, here’s my camera, this is what I do. 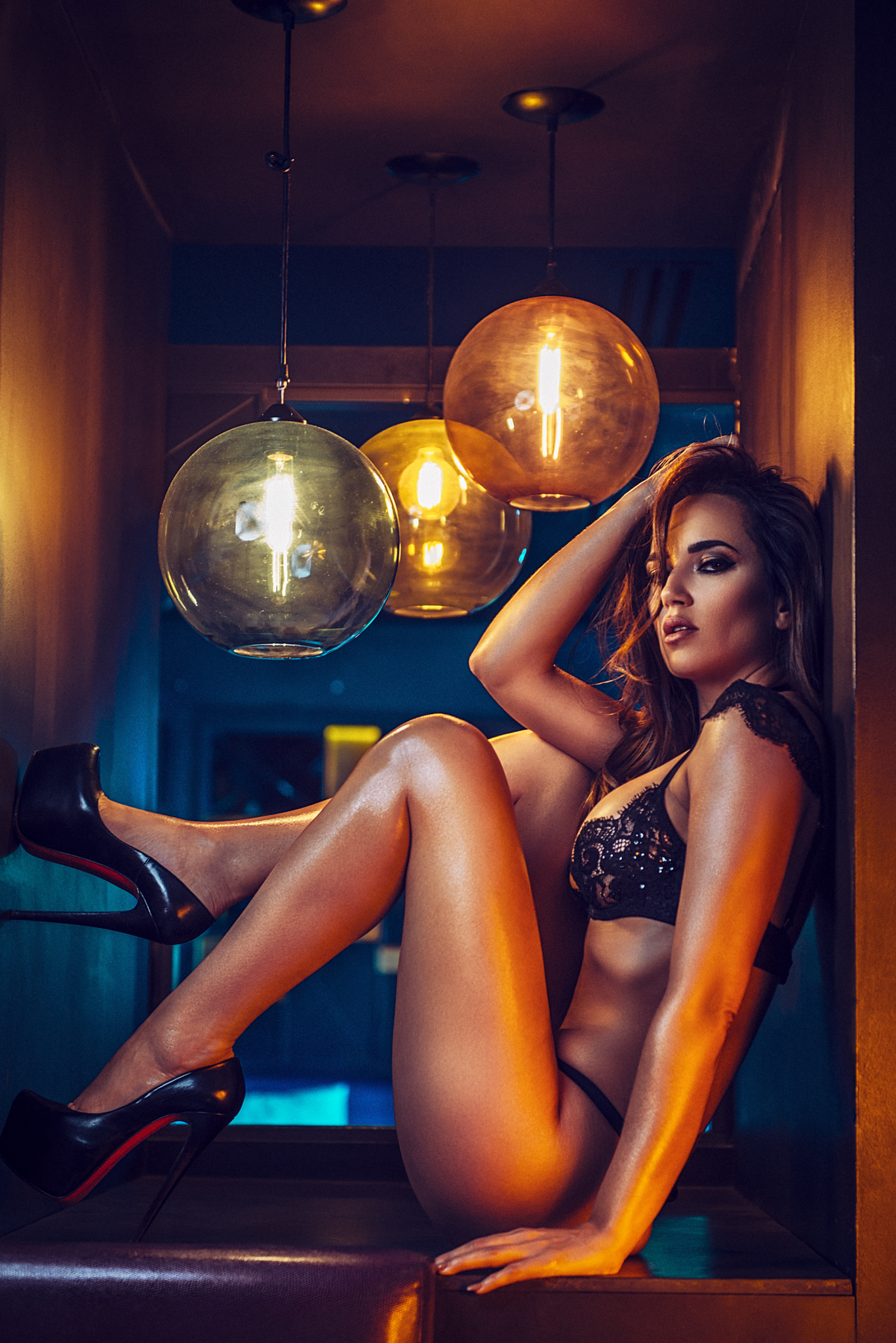 WHAT’S THE BEST AND WORST THING ABOUT FREELANCING?

The best thing for me is that obviously, I get to keep my own hours, I tend to work very late and not get up early which is something that I couldn’t do before, so I’m a lot more efficient now than I was previously. Also, I’m a lot more driven now than I ever was because every single thing that I do, I know results in me benefiting from it as opposed to working in a studio where 99% of the things I did benefitted someone else.

The worst thing is the stress of not knowing where the next paycheck is coming from, but that’s a driving factor in itself and I think artists to a certain extent need that fire to create and generate. Where do I get my motivation from? I need to pay my rent next month and that’s my motivation.

DO YOU SEE YOURSELF AS A BUSINESSMEN OR AN ARTIST?

Definitely an artist. Which I think comes across as quite arrogant and cocky but I think that for me there is certainly money that I’ve turned away because the project didn’t interest me. Now if that makes me stupid then so be it but that’s where my goals lie.

If you're into colour gel photography artists, be sure to check out Jake Hicks work below and explore his website Jake Hick's Photography work. 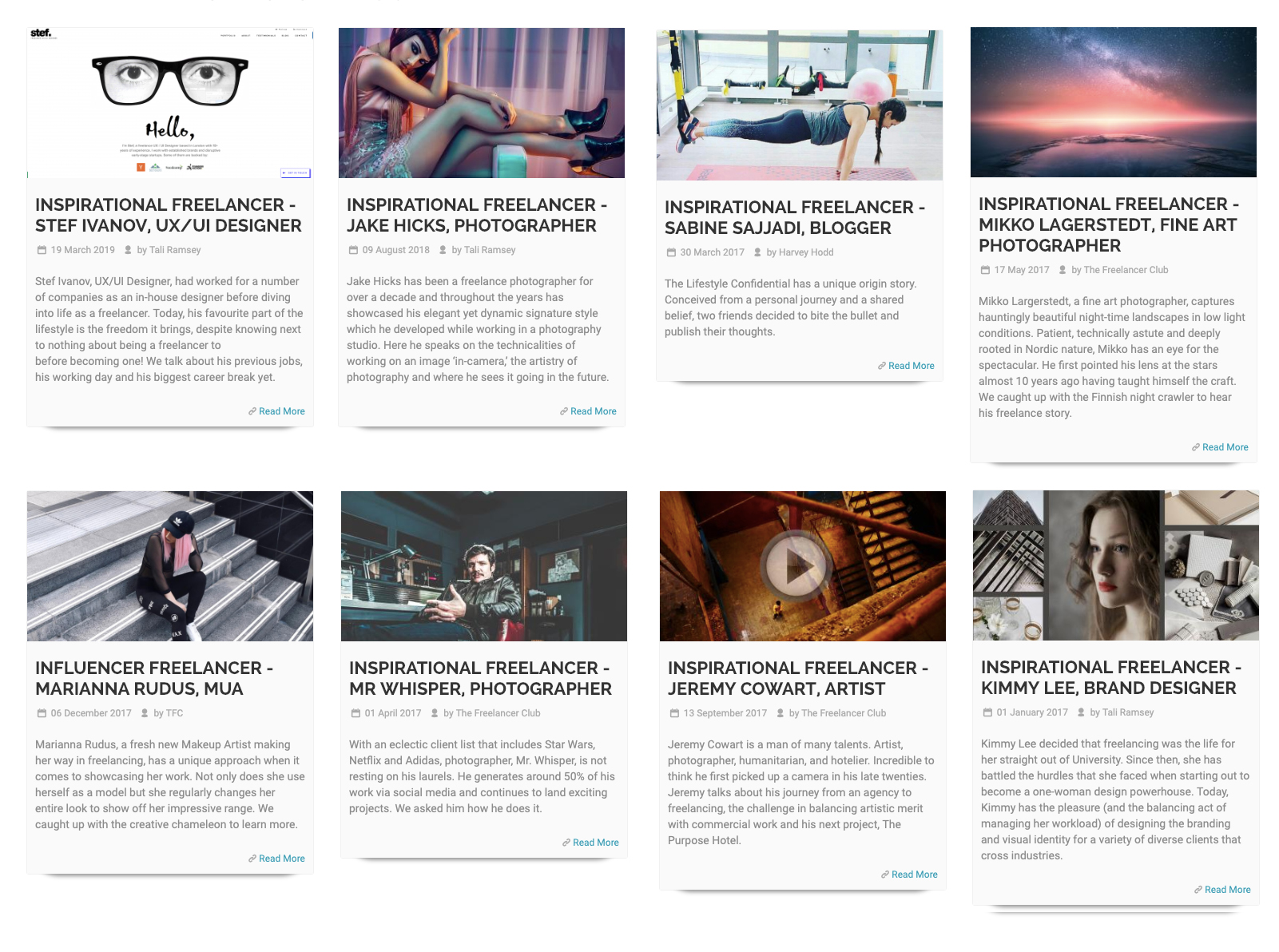 Liked this article? Whether you're interested in colour gel photography artists like Jake Hicks or photographers with other unique styles, be sure to check out our full list of talented photographers here. Trying to get your head around photography rates? Have a read of our article Freelance Rates For Fashion Photographers in 2021.