LEFT BEHIND. THE FREELANCERS EXCLUDED FROM THE GOVERNMENTS COVID-19 SUPPORT SCHEME

As most of us do in times of national crisis, the freelancer community turned to the government for help.

Lukewarm, to say the least.

Over the past number of months, I've been covering the government's response to Covid-19 and writing about the Self-Employed Income Support Scheme (SEISS). It quickly became apparent that the scheme would only benefit a certain cohort of freelancers and ever since, we’ve been waiting for a response from the government that has yet to materialise.

The eligibility criteria for the SEISS support scheme was narrow to begin with and prevented hundreds of thousands of self-employed individuals (approximately 2 million out of the 5 million self-employed in the UK) from accessing financial support.

Those excluded from SEISS include the newly self-employed, individuals earning less than fifty percent income (50%) from self-employment, PAYE freelancers and the self-employed with more than £50k trading profits.

The government's blatant neglect of such a large group highlights the severe lack of understanding they possess regarding freelancers, their work, their average income levels and their economic value.

I originally noticed the Government's warped view of the freelance community when they first announced the furlough scheme. I assumed that financial support for self-employed individuals would be included in the scheme, but nothing came.  A couple of journalists asked questions to the chancellor that were batted away with excuses that it was a complex situation and would take time.

More time passed, still no announcement. Communities including the Freelancer Club gathered round to apply pressure and journalists ramped up the questions until they had no choice but to address the five million self-employed individuals who were left to fend for themselves.

When the government eventually announced how they intended to provide support for self-employed individuals, through gritted teeth, it was the reason given for the delay that gave me my second clue as to how they truly view the freelance community.

They had to figure out a way to ensure the contractors, freelance consultants and ‘high flying earners’ wouldn’t be able to ‘work the system’.

In the same announcement, Sunak subtly made a point of saying that ‘they’ [the self-employed] would have to pay for this in the long run. Yet another flag!

Does the government think that the majority of freelancers are flush with cash, looking for ways to manipulate a support fund? They only need to check the tax records to get a clear picture. I don’t know about you but the freelancers I know don’t fly first class.

The reluctance in which the Government supported the self-employed was irresponsible and gave us an insight into their privileged environment where they think all freelancers are ‘working the system’, turning over six figure sums and living the high life.

Lets not forget, it was this government who encouraged us to explore self-employment when it suited them. 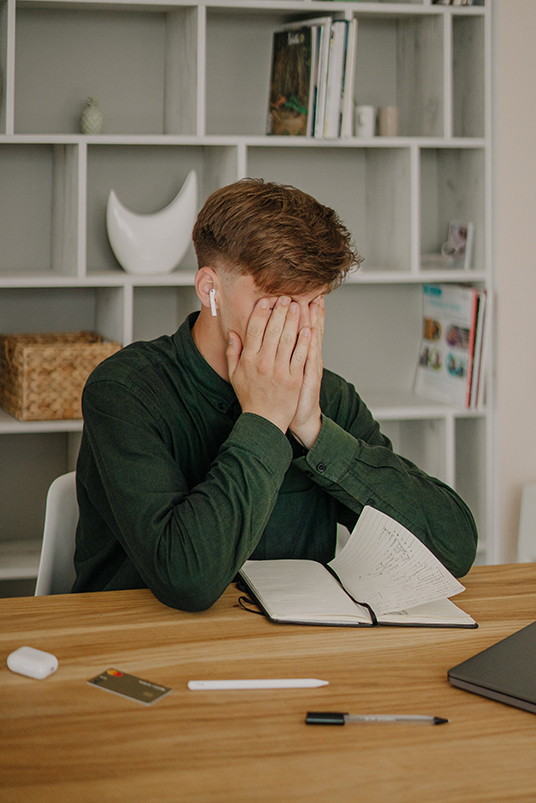 Why have so many been left behind?

What, in the eyes of Chancellor Rishi Sunak and his colleagues, makes so many self-employed individuals less deserving of government support than others? Why were their applications for a SEISS grant rejected? Why should they suffer while others are offered help?

Some of the most innovative and entrepreneurial minds in the UK work within or started out their careers in these categories. Startups that went on to become massive multinationals no doubt built their businesses from the ground up using workers from these categories.

So why then, is the government leaving these individuals behind?

Looking back, not forward

Perhaps it’s got something to do with the ‘finish school and uni then get a safe, pensionable job for life’ narrative that was fed to our grandparents, parents and by proxy, the millennial generation.

But here’s the thing. Times have changed. Technology has single handedly disrupted this old framework of opportunity and employment. Many jobs that were once done by humans are now done by computers.

Furthermore, continuously evolving technology means that new ideas are formulated and new businesses are founded faster than ever before.

New businesses mean new work forces. However, startups are known for being strapped for cash in their early days and as a result many utilise the skills and expertise of contract and freelance workers to get their businesses off the ground.

And then there’s Brexit

I hate to bring up the B word, but many argue that Brexit will be a step back for the UK. That the government and those who supported Brexit seem rather insular looking to a certain extent, which could potentially hinder Britain’s economic development in the years to come.

There’s a genuine concern among commentators that the next few years will see the UK retreat into the past rather than move forward into the future.

The Government and its supporters must recognise that times have changed. That the power, influence and self sufficiency that they seem to crave was gained through different means during a different time, both of which no longer exist.

If they wish to develop a reputation as an independent, economically prosperous nation, they will need to invest in particular sectors and support those who work within them.

The current pandemic coupled with Brexit has the potential to shake our economy to its core.

If we want to recover quickly and ensure that we can compete with the levels of innovation and entrepreneurship in other countries around the world in the years to come, we’ve got to start valuing our self-employed workers.

Too many have had their applications for a SEISS grant rejected.

The government needs to figure out a way to include these workers in the SEISS support scheme and they need to do so fast.