THE 2 KEY DIFFERENCES BETWEEN FREELANCE LIFE IN LONDON & NYC

It’s a strange one.

If I felt like doing “the most spontaneous thing I’ve ever done”—which is always a tactical and shamelessly self promoting anecdote to embellish your dating app profile (we won’t get into this now)—and leaving London to go take a punt in the Big Apple with your freelance skillz that pay the billz, it would be just that…a punt. A swing of the bat. A shot in the dark. A drop in the ocean. I cannot actually weigh up the pros and cons.

Look, I get it…the Grand Ol' US of A is an alluring prospect to millions around the world, and New York City in particular offers inexplicable opportunities for people just like us, who perhaps feel their skillset, or just personality even, might help them achieve their goals faster on American soil. I for one think about this all the time, seeing as I’m British born but grew up in California—and always wonder where I’m truly best suited. 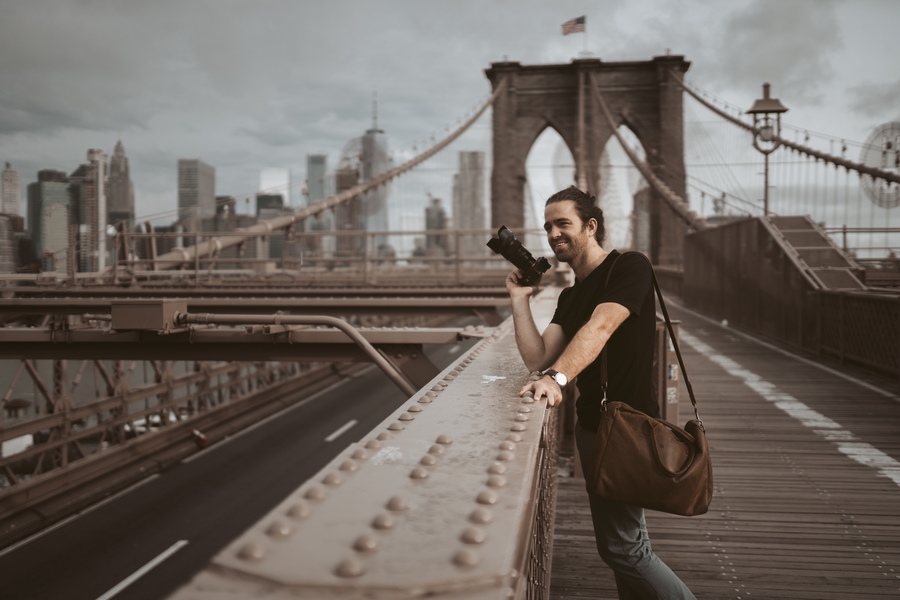 I decided to give my old college buddy, ex Los Angeles flatmate, and former close collaborator on many projects a call to discuss this further. Ben works as a freelance video producer in New York but with fingers in the gaming world over there too, so a good point of contact. Before I invited him into the Zoom call from the waiting room, I honestly thought this 'compare and contrast exercise' would be a no-brainer—NYC would dominate proceedings. I thought this article would be simple… “Hey London-based freelancers, it’s time to apply for visas and pack our bags.”

What happened instead was two people in a room agreeing with each other and always ending one point and moving on to the next with “yeah, it’s the same thing here.”

The parade is the same.

Ben says industry is changing, old jobs phasing out, new jobs coming in, budgets being slashed, people leaving to find work elsewhere, and people changing careers. Ben relies on the clients he met before COVID hit, his network of friends and colleagues to find new opportunities, always sending his reel out, updating his site—and when he does work he always ends up working with a brand new crop of professionals, meaning he can’t build a foundation with anyone. It’s just run and gun. Hustle culture ad nauseam.

Then I asked him how this differed pre-COVID? He laughed and said not that much different to be honest, but covid has obviously exacerbated a lot of these issues, which is only natural.

I couldn’t help but ask about this massive cultural shift in the States right now, particularly in NYC. It wasn’t a long part of the conversation.

Simply put, he tells me what’s interesting is despite a mass number of Americans changing jobs and/or starting businesses, going self-employed etc... in this newfound land known as The Great Resignation—the minimum wage hasn’t changed. Covid hasn’t affected the base pay, and it’s obviously a concern. 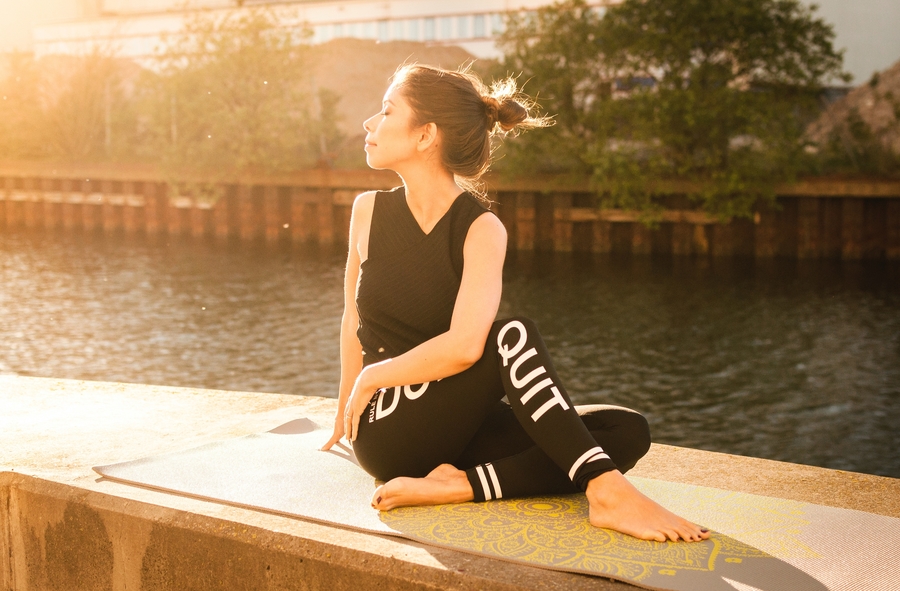 I asked him if he has noticed any trends in popular freelancer professions and/or saturated opportunities on the job boards, using photographers and models as an example over here. NYC is filled with photographers too, and of course as a global production hub, film & tv positions are always filling the vacancies—so naturally the city does offer an amazing opportunity for freelancers in the entertainment industry - good news for the creative crew.

One thing we share as freelancers in London and generally speaking, UK wide too, is an unfair stigma when it comes to the property market—be it as renters or buyers.

For some reason, in this country, us self-employed creatives just always seem to be looked down upon by landlords, banks and mortgage brokers when it comes to letting a room in a house-share or applying for your first mortgage. I myself have been looked at with fearful and dreaded eyes by letting agents as they ask what I do when I check out a new place.

All of this is made a bit more interesting considering the creative industry is a force to be reckoned with in the UK. Freelancers contributed over £104B to the economy during a pandemic! I'd say us freelancers need to pat ourselves on the back. Anyway, let’s not get into boring economics here—that's another story for another time.

No different in NYC, Ben tells me. They artsy-fartsy folk are held to the same kind of disapproval, where the thought of changing careers to Wall Street would better serve you.

I hope this doesn’t find you well

Finally, we ended our fun chin wag on all things culture, discussing how the New Yorkers conduct themselves over us Londoners.

Now, while London is London, and without a shadow of a doubt, it has toughened me up and definitely made my skin thicker—we’re still the Brits. We still can’t help but pride ourselves in being non-confrontational, sugar coating serious matters, being super polite in our email intros by hoping our message finds the recipient well (why the hell wouldn’t it?), asking them if they had a good weekend and enjoyed the sunshine (as if we actually give a sh*t).

In New York, they’re straight to the point and brutal. You just have to get used to it. 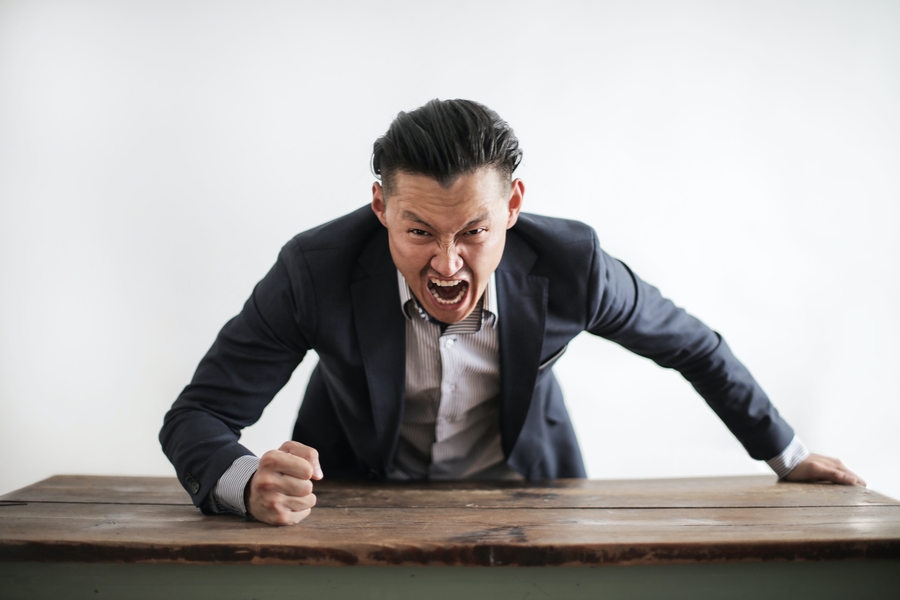 Ben’s one of the nicest guys I know, but he’s still a New Yorker. He tells me when he’s on a call with a potential new client, he’s looking for the “thanks for your time” exit clause as soon as possible with any cheapskate who tries to get him to get out of bed for anything less than his minimum rate—which is exclusively left for projects he’s interested in and it could help his career, despite the “tight budget” the client has.

What millions upon millions of out-of- towners would find downright rude, is just another Tuesday for a New Yorker. They’re not even aware they’re doing it. They’re just honest, which to be fair is quite refreshing.

Londoners will find more of a culture shock adjusting to NYC, than the other way around. Now we’re getting somewhere.

So, where the hell do we go from here?

Yeah, good question. There’s literally nothing major separating the cities. I for one, could and would be more successful as a freelancer in London, and vice versa in New York. It really comes down to my point earlier above—it’s all about preference and personality.

Myself and Ben sipped back on our drinks as he continued to share his screen and build the world of a new snowboarding game he is creating (typical freelancer), and we both thought long and hard about significant and practical differences that would surely help someone like me make my mind up.

It was getting late at this point, and I checked the time. Wait what? What did I just say? The time?

BOOM! There’s a massive difference. The GMT timezone. London is considered the hub of the world for a reason—it's the only major city on earth where you can correspond with every timezone in the world on the same workday. You can start your day talking to Australia, then Asia, then our brothers and sisters in Europe, then finish things off in the Americas. Talk about how invaluable this is for business and us freelancers here.

Upon expressing this to Ben, I was enjoying being the saviour of the conversation, putting it to bed, finding the major difference and making everything right in the world again.

Then the sly bastard (he won't mind me saying that), had a light bulb moment of his own and took my legs from right underneath me.

Wow! We really do have two advantages in London that we don’t even think about.