PHOTOGRAPHERS HAVE A NEW COMPETITOR—AND IT'S IN YOUR POCKET!

At the 2006 San Diego Comic Con, Hollywood directors Robert Rodriguez and Quentin Tarantino responded to a wonderful question by a young, independent filmmaker who was very concerned about the then state of the marketplace—and if he had any shot of being successful following the same route the aforementioned movie moguls did when they were in his position.

Look, a little bit about me right outta the gate—I am an insufferable Tarantino super fanboy. The only thing I haven’t done yet is pitch a tent outside the cinema the night before one of his movie releases in order to be first in line the next day…(yet). So just bear with me here.

His answer to the young gentleman is lightyears away from the way Rodriguez handles the question—who instead, if I’m being unfairly critical, opts for a more cynical, defeatist, “don’t bother trying there’s too many people doing it now” attitude.

Tarantino, in his typically encouraging and “don’t be a victim” ways, opts for—who gives a sh*t? Go and make a kick ass movie! People will always notice good work, no matter what. 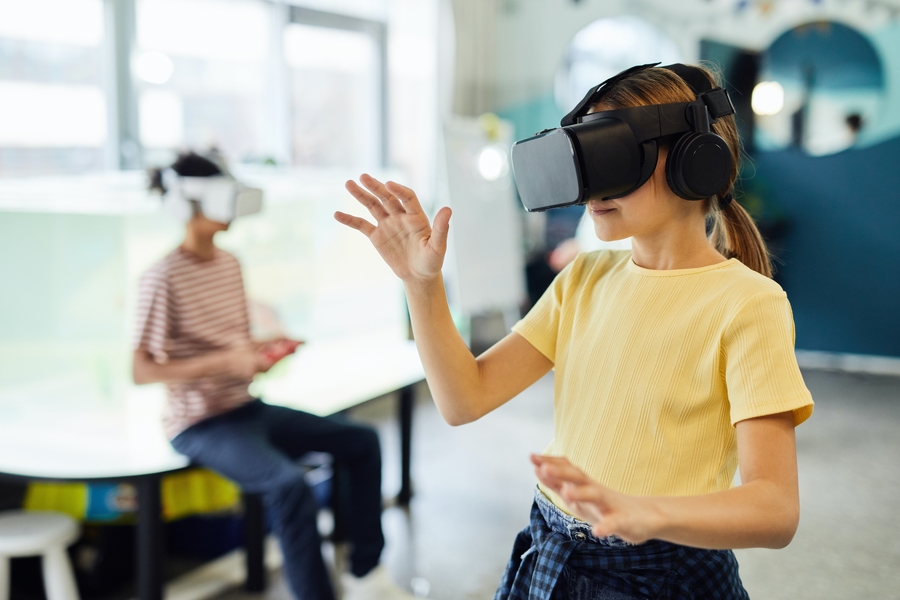 Jeesh! Even saying that—15 years later—sounds ridiculous in relation to when the above clip was recorded back in 2006, a year which feels like an eternity ago now, but a time when mobile phone technology was starting to advance at a speed we couldn’t even begin to fathom then.

We can easily fathom it now, however. Today, ever-evolving technology overnight isn’t just the norm…it’s the expectation.

New tech is everywhere, and it’s getting out of hand

Actually, I’ll let you in on another little thing about me (why am I being so honest?)—I’m a proud technophobe. Yep, a 36 year old grandpa who hates learning new software and downloading new apps. Don’t get me wrong, I use the essentials (keyword: essentials), but once something works just fine for me and I’m more than comfortable using it…that’s it! I’m all good. Sorted. Voila. Life is simple.

Then 24 hours later…all my mates are using this and using that. The whole planet has shifted off its axis.

Like, I can’t simply log onto my HSBC app anymore, ask people for their sort codes and account numbers (that takes them seconds), and then get this…send them cold hard cash. I have to download fu**ing Revolut now. Why???!!!

How does Revolut change my life? How does it make it easier? Why is it absolutely essential to modern society? Why does ‘ol Alan Wigley need to bloody use it??? Just give me your fu**ing bank details and I’ll get you squared up! Christ! You’re making it difficult, not me! In the time it takes me to download yet another app, register, get set up, learn about it (when I’m not the slightest bit interested), then send my first ever adorable Revolut transaction…I could have designed my own app.

My app would be called: ‘Alan’s Bank App—all you need is your sort code and account number.’ It would go viral and everyone would download it due to its sheer simplicity, and I’d be a millionaire. Then HSBC would probably open a lawsuit against me for literally stealing their idea.

Oh, you don’t have a British account and live in Italy? No problem, I can send you money by phone banking. Or I can use Paypal. Do you use Paypal? Surely you use Paypal? They’ve been the most recognised brand in the world for the past decade. I even have a Polish client who pays me through Paypal. What’s wrong with fu**ing Paypal? It’s kick ass. Or, why don't I just give you actual hard cash? You know, from like, an ATM machine? 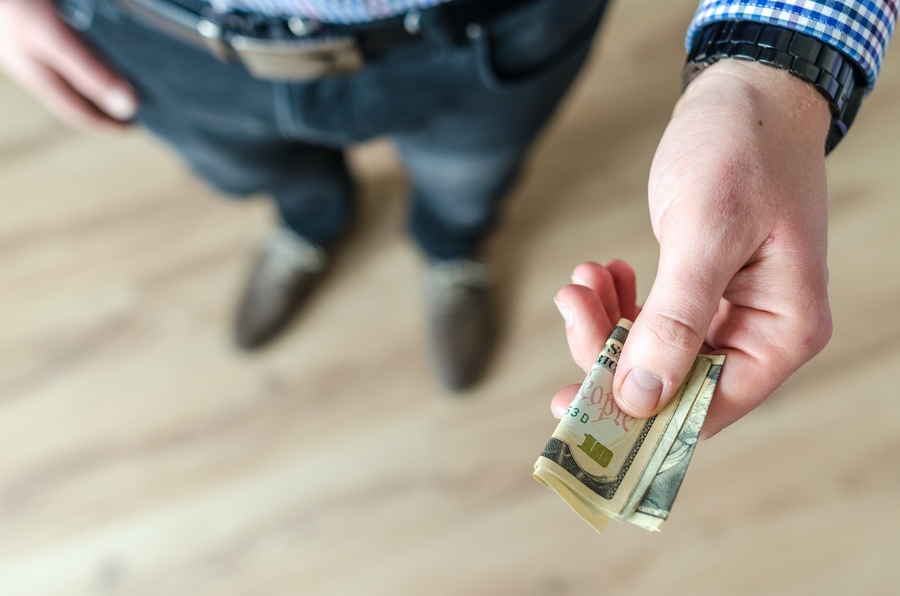 Honestly, I think people use Revolut just because it’s new, fashionable, and trendy, not because it’s fundamentally needed. Someone once read about it on twitter, and now all the cool kids are doing it.

Even right now, as I’m typing this in Google docs, the automated Grammar Checker tool is driving me nuts! It doesn’t understand my personality as a writer, it doesn’t get how I want to write, string words together, and wordplay. Just f**k off! Oh, and don’t get me started on the Grammarly app. I’m sorry, but you have NO RIGHT to be gainfully employed in “skilled” work if you need a robot to help you write a basic, well-written email to a client in your native language. End of.

My god I’m miserable, I really am. 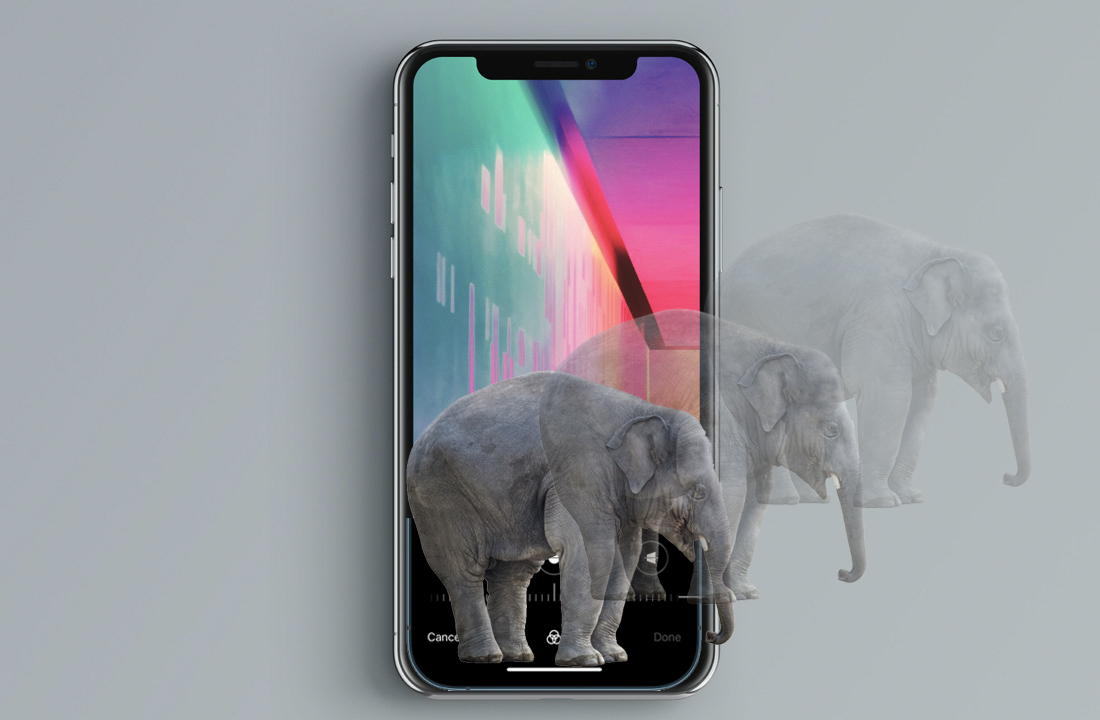 Apparently it’s “pretty crazy.” I can already feel myself getting all excited like a kid on Christmas Eve <embed eye roll emoji here>.

Basically, it’s not just an upgrade to mobile photography, but also a brand spanking new upgrade to mobile image editing as well. One could argue that the features are gimmicky and made for the younger crowd (go figure), however, I can see how a company might use them to retouch images or cut out backgrounds to create clean images for an e-com site as an example…and quickly. Product photographers may be sweating a bit at this stage.

Gimmicks aside, the quality of cameras on new phones like the iOS16 are outrageous and it’s hitting a point where I suspect certain people will choose to use a phone in the hands of an amateur rather than hire a professional photographer. Try using Portrait mode in iPhone, it’s kind of amazing and, for my money, more than adequate for a LinkedIn profile pic or possibly even the ‘Meet the Team’ page.

The opportunity for companies, let alone the individual, has never been greater to cut costs and go DIY instead of hiring outside professional help (keyword again: professional).

Naturally, this starts making a photographer concerned about where things will lead next. Instead of only Meet the Team profiles being done in-house, companies can soon start  doing their own fashion shoots.

But, can an iPhone direct a model? Can it communicate an idea effectively? Can it develop a creative concept with a client? Can it light a shot? Does it grasp the difference between when and why to use studio lights over natural light? Can it improvise when things don’t go exactly to plan? Finally, does it understand basic online publication workflow and ask a question like…”where will the majority of people see this picture online?”

Naw! Who cares about hiring an experienced, talented photographer who does all of the above?  Our smartphones can deliver something that is passable enough. It probably won’t look “as good,” but it’ll look good enough.

Good enough is a personal standard, not the new standard

That’s just it for me. If a potential client opted to use their smartphone to do a job, only concerned with cutting costs and having something that’ll serve a purpose…is that really the kind of client you want to work with anyway?

It’s like in my field—copywriting. Rest assured there is new “tech” (and I use the quote marks purposely there) sneaking into the market. Checkout Jasper, copywriting artificial intelligence that writes all sorts of content for you - even blogs. It’s mad. But, take one look at a blog written by Jasper and tell me you were riveted. But this client who opted for technology over a talented copywriter isn’t concerned about quality…their personal standard is merely…”that’s good enough, that’ll do.”

I don’t want to work with someone like that anyway. Deep down, they don’t care about their customers if they are using robots to write their customer-facing communications. There’s another 8 billion people in the world, I’ll go and offer my talents to their business instead. A business that cares. 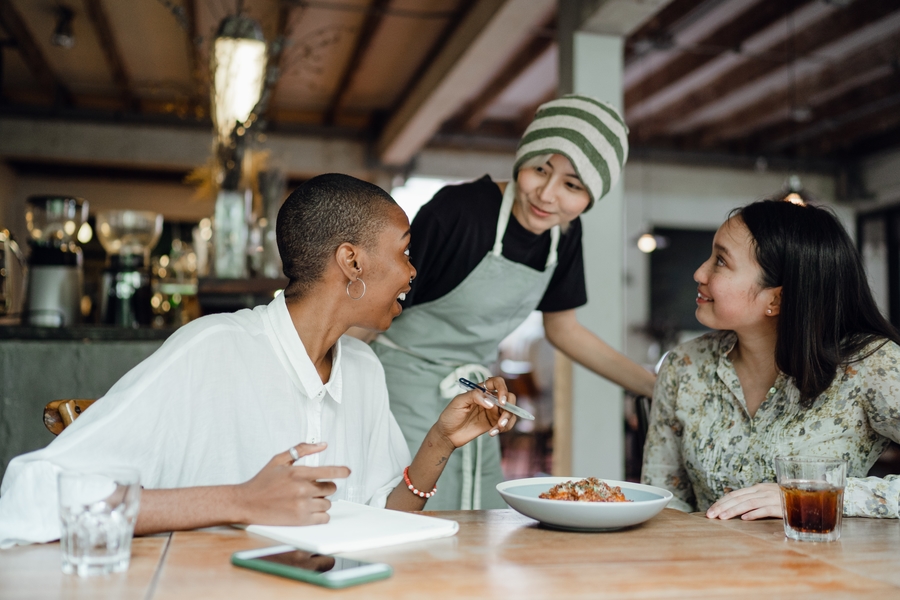 No, don’t be concerned my fellow creatives!

“Yea there is a lot more competition, but at the same time those crappy movies aren’t competition…if your fu**ing thing is like fu**ing dynamite! Yeah, there’s a lot of people out there doing stuff, but you know, it’s like waves on the fu**ing beach. You make a piece of nitro, throw in an audience’s laugh…people notice.”

Just keep on keepin’ on, you talented bastards.

I assure you, people will notice you.