A VISUAL JOURNEY FROM 1st TO LAST IMAGE

What does your portfolio say about you as a freelancer? Is it a visual CV, a trophy cabinet or something else? Does the work remind you of a particular time in your career, a certain client, a moment of pride or realisation – perhaps the project that changed everything?

We talk a lot about the freelancing journey; how to start up, avoid pitfalls and stay inspired. And while we’re all brimming with experiences to share, what about the work that got us there? We of course hope that what we create gets better, but it’s not about looking at progress alone, it’s what this work represents. Everything we produce is a symbol of a lesson learned.

Here, we’re letting the work tell that story by asking some Freelancer Club members to look at two memorable pieces from their portfolios. They’ll share the journey that took them from one to the other, giving us an insight into how their body of work has plotted the course of their freelance career.

Ivan Weiss is a London-based freelance photographer specialising in headshots. He is currently one of the top rated, reviewed and ‘liked’ freelancers on the site. We caught up with him over one of his early pieces and a more recent one. 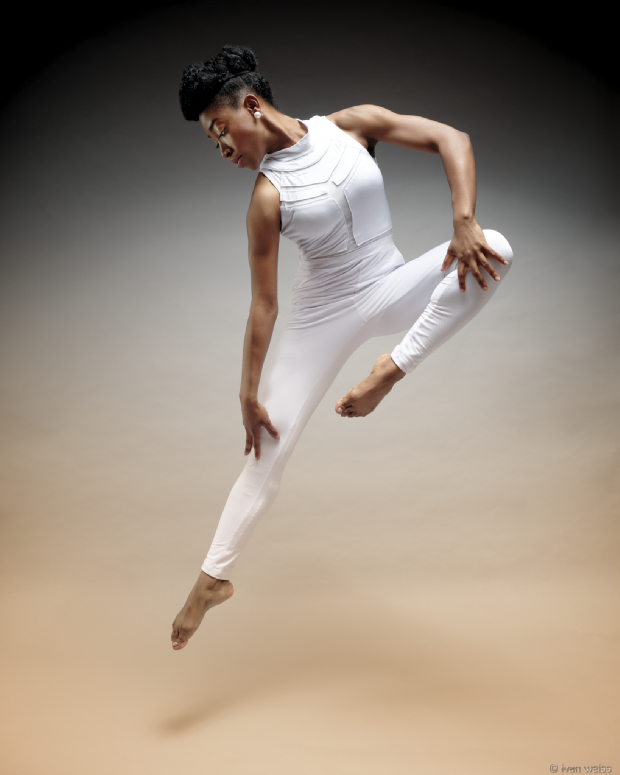 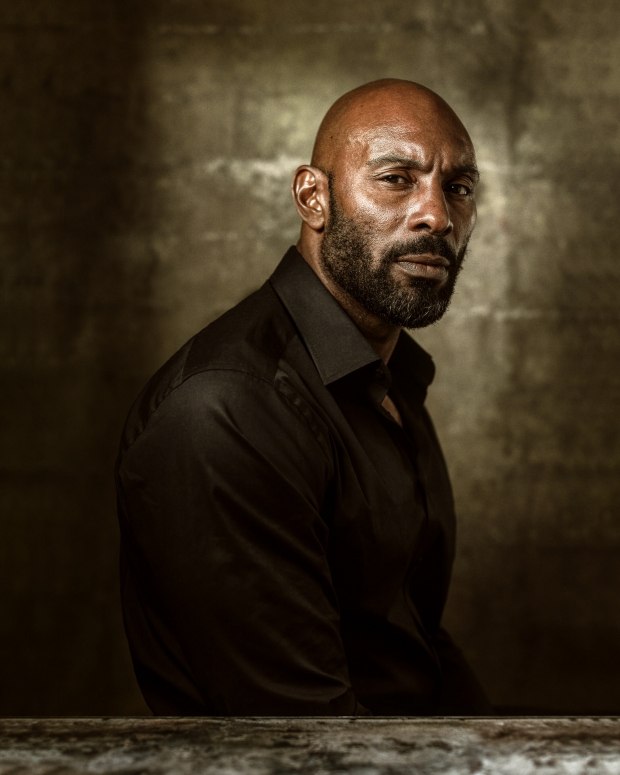 “My latest work feels like me” Ivan says, comparing the two photos. Ivan’s is a journey of discovery – of his themes, ability and confidence in freelancing. He and his subject (Nicole) were at the beginning of their careers with the first image, and both have gone on to great success, but for Ivan it is a reminder of how his approach to freelance photography has changed.

As a leading makeup artist on the site, Adnana Chirila specialises in fashion, editorial and bridal makeup. She has worked on campaigns for SS18 and SS19 at London Fashion Week. Adnana shared her thoughts on two snapshots that span her career. 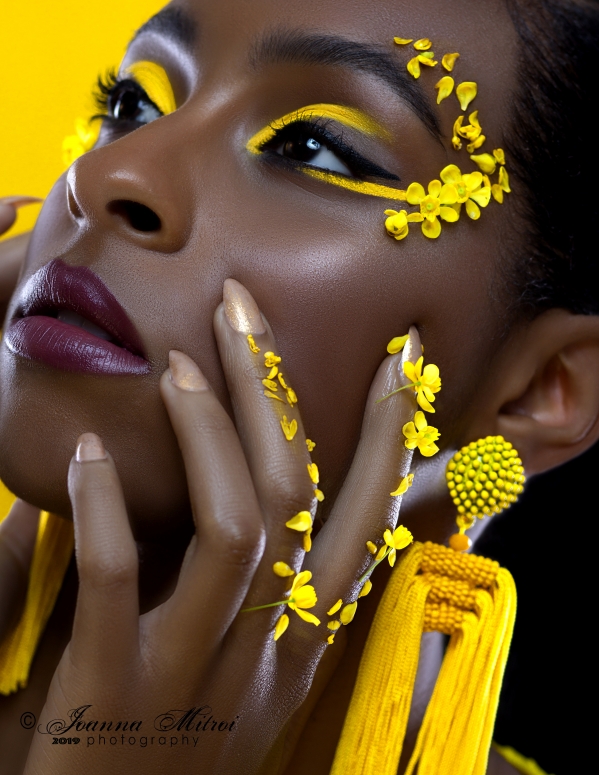 Adnana found herself pleasantly surprised to recognise a consistency in her work. Given that the pieces are from her first ever shoot and a recent favourite, she didn’t expect to find similarities between them. Although it may not be apparent from their distinctive looks, for Adnana, the two images both represent what she characterises as her “soft” and “elegant” style.

Kassandra Bruni is another notable photographer on the site and her focus is on fashion and beauty. She has spent much of her career in Cape Town, South Africa, but recently relocated to London. Kassandra has also selected one of her very first and one of her latest pieces. 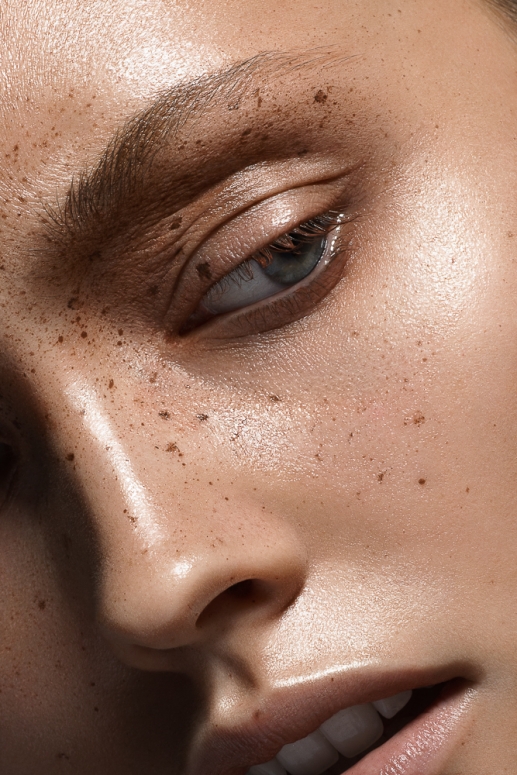 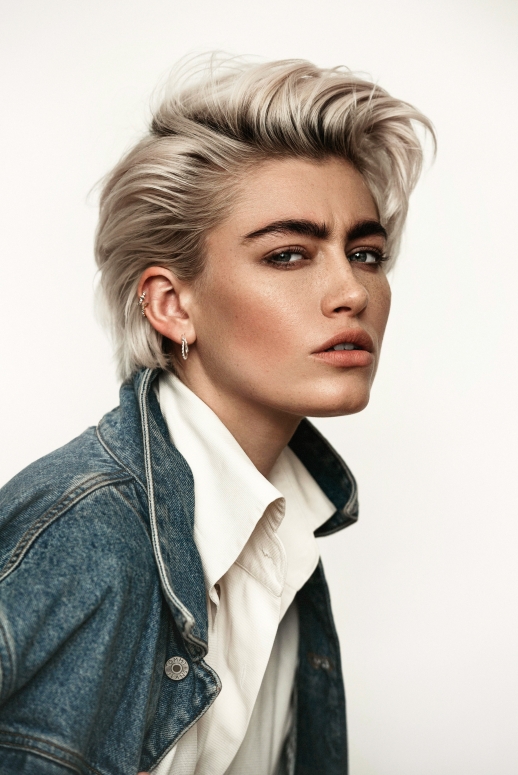 For Kassandra, the exercise has been a confirmation of her enduring enthusiasm for the medium and its possibilities for expression. She finds that the two pieces remind her of the common, constant thread of her love for the art and her craft. It’s a central theme and foundation on which she aims to base her work to “keep the love flowing with passion projects”.

Early work is often about proving oneself, as Ivan found when taking time to look at his first photo. “Back then I was focused on creating professional-looking images to demonstrate what I was capable of”, that was the objective, so “I would upload something from every shoot”, he says. Whereas now Ivan calls his approach to his portfolio “selective”. He has more work, knowledge of how to put a portfolio together and increased confidence going into a shoot.

And how has this change translated into the work itself? Today, symbolised by his second photo, Ivan seeks to display something broader in his thinking. Not only was there a specific brief, but he now interprets a concept as “storytelling and communicating a feeling” rather than making a technically accomplished image. He’s “responsible for everything in the frame” and is creating the action rather than just capturing it.

For Adnana, the experience was almost reversed. It was her early lack of experience that informed the freedom in her choices. “I was only imagining,” she says, “I had no idea [of] all the work I was about to do”. Although she, like Ivan, was trying to show what she was capable of, it was a vision born of optimism.

This contrast is evident in her comments on her later work. Adnana points out possible changes and tweaks, demonstrating the experience she now brings. Despite still “seeing herself” in the early shot in terms of style, it also provokes an emotional response related to “how far [she’s come] from that point”.

Kassandra agrees that it’s about being led by what inspires, rather than by outcomes. She looks to “capture the essence” by toning it down to a classic “less is more” approach in her photography. Adnana adds that this is true in the practical sense too, noting that it’s “doing what you love [that keeps] you going''.

For Kassandra the difference between her pieces spans oceans too. She sees the first image as having “catapulted her career” to an international level, while the second represents her reignited passion for photography and re-starting a career after relocating. There isn’t the same early exploratory feeling in the later one but both photos are about new beginnings. The sense of journey represented through her work is certainly clear here; the latter piece reminding her of why she chose to make photography her career.

Adnana echoes this by recognising the wealth of experience gained. Bridging the gap between her early and recent work she is reminded that “there is no overnight success”.

And this change is multifaceted when it comes to the freelancing journey. In terms of the practicalities of work–life balance, the industry and lessons learned, what did the comparison highlight for our freelancers?

For Ivan the pieces are hallmarks of the completely different way in which he now runs his business. His more decisive and concept-driven approach means “a lot more time on marketing and admin”, tracing a familiar path in taking freelancing from part-time to full-time. He also acknowledges that he “gets paid more often” – another well-known milestone.

Adnana recognises similar payment frustrations, with a newfound confidence filling in the backstory of her two images. Although she takes a philosophical approach to unpaid work in that it “pays” in experience and an expanded portfolio, she too acknowledges a hard-won ability to “say no”.

As for the portfolio itself, our freelancers now see it as more than just a collection of work. While it’s clearly a business tool, they all now seek to imbue it with more of themselves to reflect the kind of things they want to get hired for. To this end, “it’s a useful exercise to go back and review old work”, says Ivan. As Kassandra comments, having reviewed her work in the context of a portfolio, they should both “showcase what you’re all about”.

It seems as though in taking the time to visit two distinct points in their careers, Ivan, Adnana and Kassandra have described a revolution common to many. Represented in their later work is not only knowledge and control, but their connection with it – and sometimes one between the pieces themselves. The ‘amassing’ stage, where experience and proof is everything, shifts to a place where what we choose to create is a source of pride and aspiration.

And this should be reflected in our approach, not just our output. Perhaps take a look back, using certain pieces as triggers or markers to acknowledge the time, feeling and attitude surrounding your work. Think of it as a way to reassess your unfolding freelancing journey and where you want that path to take you.