The day the SEISS opened, £340 million was claimed in the first 4 hours. It was a bitter sweet moment for us at Freelancer Club. We had campaigned tirelessly for support and when it was announced, we were elated. However, as the details of the Self-Employed Income Support Scheme emerged, we realised that an estimated 2 million self-employed individuals would be be eligible for financial support.

The Telegraph covered the story and interviewed our Founder, Matt Dowling, about the forgotten freelancers. Read the full article here. 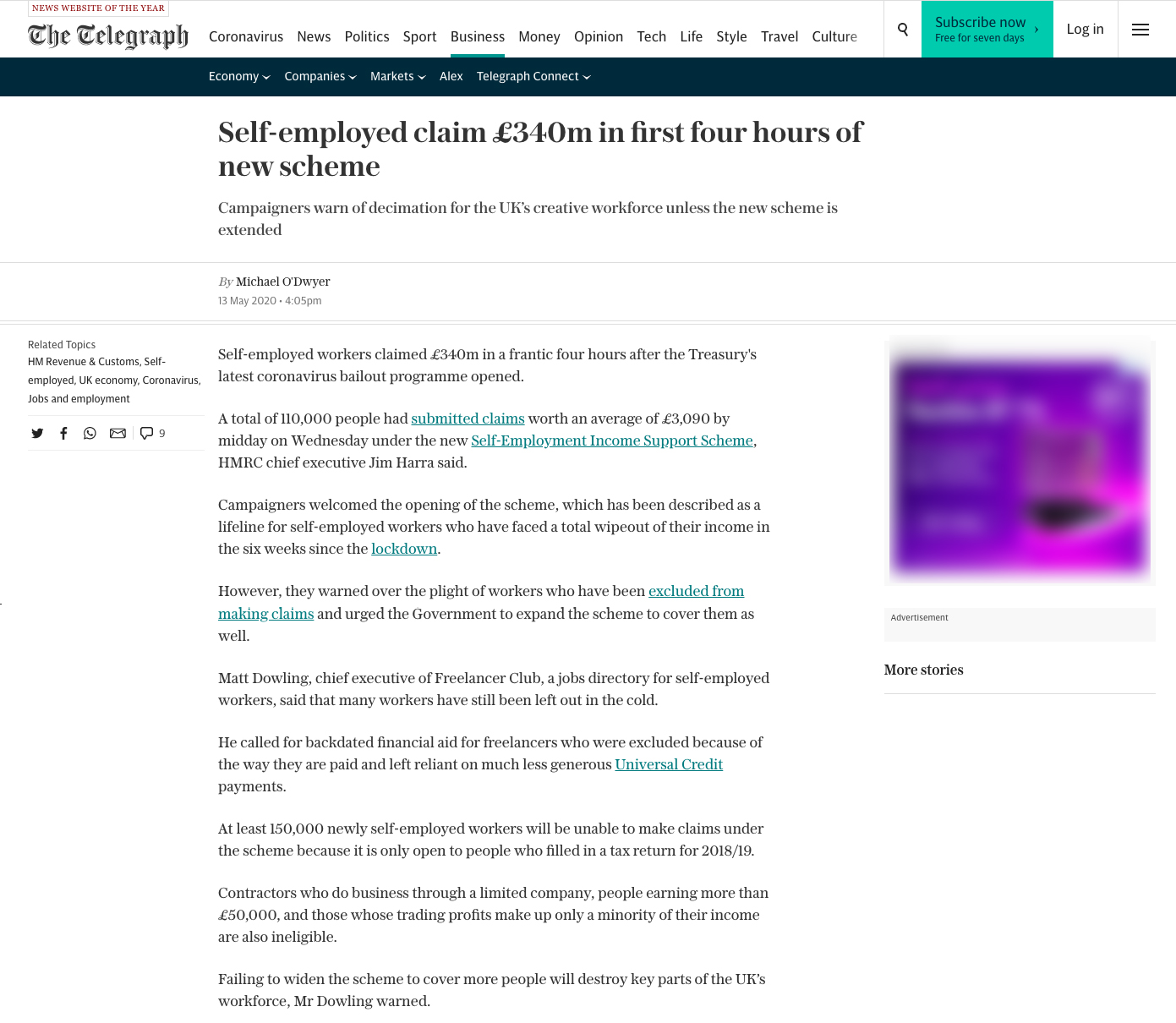