It’s been said that you can find a coffee shop on every single corner in New York City. While I may not have been there myself to know if this really is true, it seems undeniable that communal caffeine intake is a huge part of the city’s culture.

However, no matter how many cafés you may come across, it can be difficult for freelancers to find one with the right amount of space and plug sockets, that doesn’t want you to leave the second you’ve collected your drink, let alone one that is happy for you to plop down your laptop for a few hours!

In the UK, freelancers tend to choose their remote working locations based on recommendations from other freelancers and the amenities the place has to offer. In New York, this culture is very different. Freelancers in New York tend to choose local coffee shops that are near to their home, sometimes even moving apartments based on proximity to these locations.

As the city is so large, it’s divided into five boroughs, each with several neighborhoods of their own. Thanks to each neighbourhood’s distinctive scenery and atmosphere, each one has a very unique creative fingerprint that provides creatives with different kinds of inspiration. This often leads like-minded creatives to move to the same areas so they can collaborate and bounce off each other.

The coffee shops in these neighborhoods often mirror the creative vibes of their community, so it’s important to find one that gives you inspiration if you’re planning to spend your time there working. 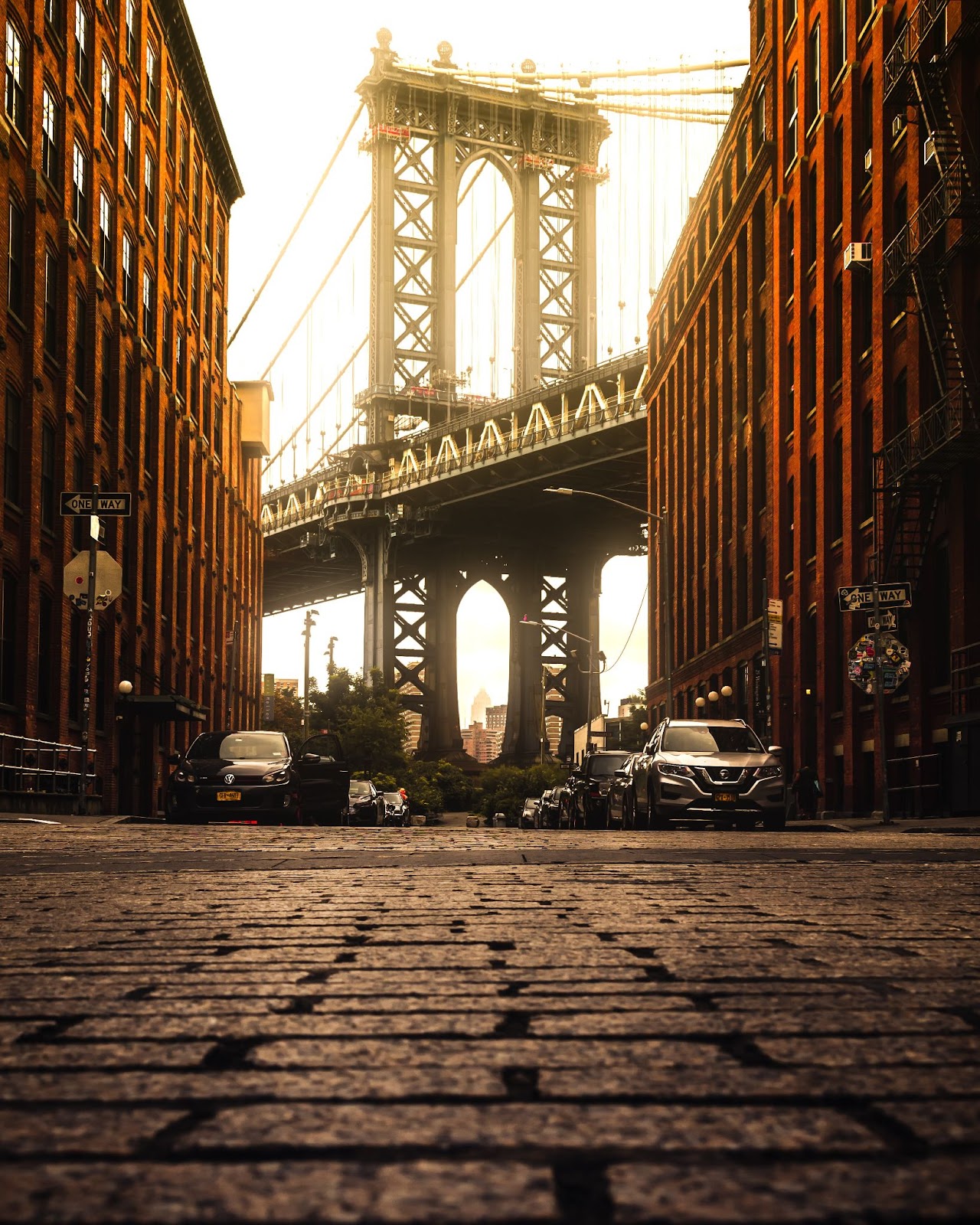 Creatives used to be found mostly in the traditionally hipster friendly areas of Brooklyn like Willamsburg or Greenwich Village. However, as these areas become increasingly more expensive thanks to rising rent costs, freelancers are finding themselves priced out of these areas and moving to cheaper alternatives like Bushwick instead.

Bushwick is filled with former warehouses and garages that have been converted into shops, galleries and restaurants. The exteriors are home to a thriving street art scene that is annually repainted by the Bushwick Collective, giving the whole neighborhood a vibrant and evolving landscape that is very popular with professionals from the film, art and fashion industries.

If you’re looking for coffee shops to work from in Bushwick, then check out:

The Cobra Club on Wyckoff Avenue started its life as a yoga studio and craft cocktail bar, the first of its kind in the city. They made a point to listen to the needs of their community and 8 years later their coffee shop is considered a home away from home for most of the local creatives. They have free wi-fi, plenty of tables with outlets and outdoor seating; the bar even works great as a standing desk if that’s something you’re into.

If you’ve ever dreamt of settling down to work amongst piles of books with a nice glass of wine, then look no further than Molasses Books, a used bookstore and café on Hart Street. There’s a bar for you to ply yourself with coffee while you work, you can even get alcoholic drinks if you work better that way. It’s open until midnight, seven days a week, although they do require you to put your laptop away after 8pm.

Popular coffee shop, Dweebs, on Dekalb Avenue is known as one of the great places to study or get work done in Bushwick. Its spacious interior is light and airy with plenty of coffee available allowing you to focus fully on your to-do list.

If you happen to take a liking to any of the local art being displayed on the walls, every piece is up for sale with all proceeds going to the artist. Their art collection changes every month, so there’ll always be something new and interesting to inspire you whilst you work. 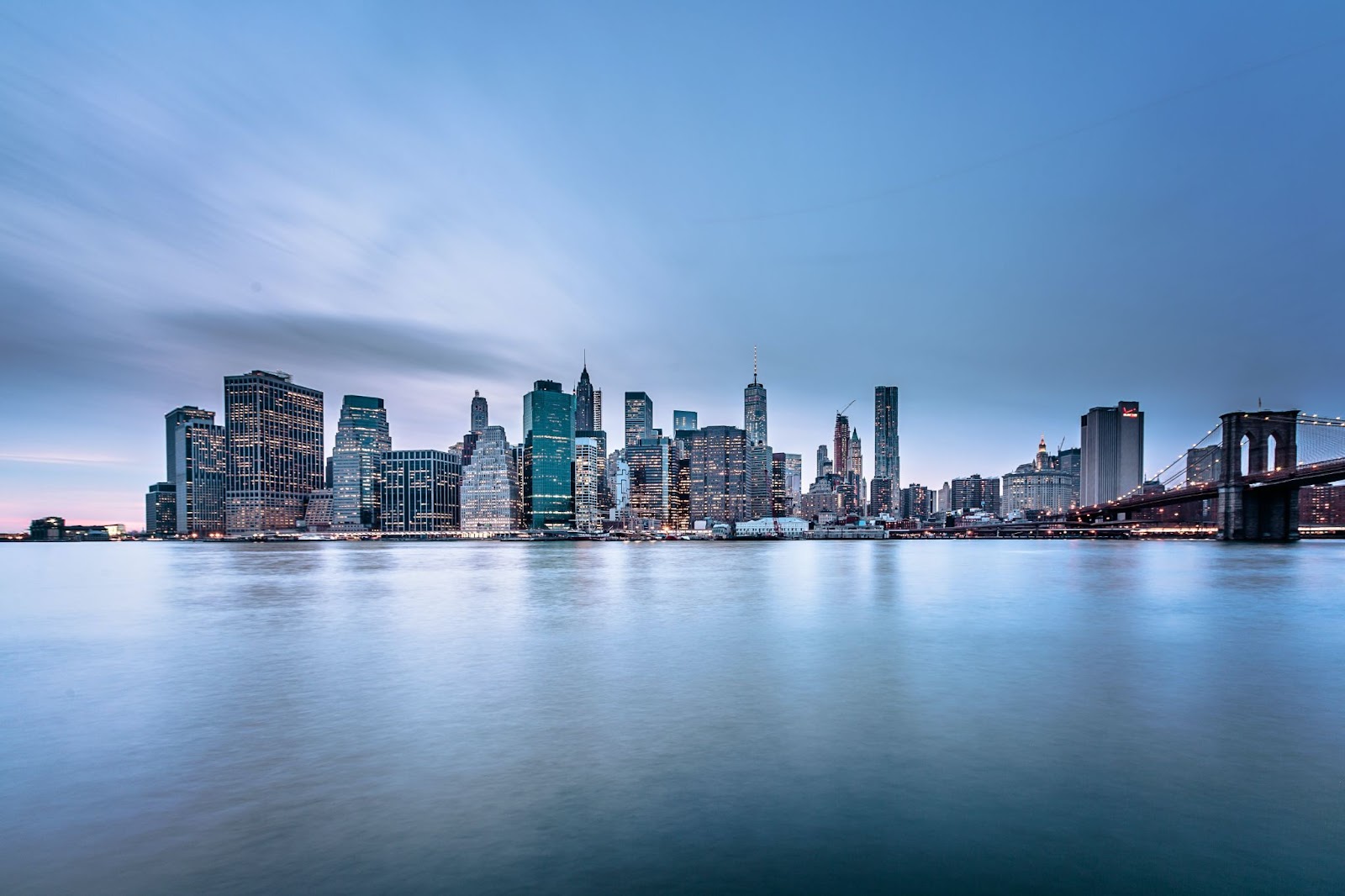 The island of Manhattan is one of the more expensive places to live and work in New York City but affordable apartments can still be found in the traditionally working class neighborhood of Hell’s Kitchen. While its name and reputation may conjure up some terrifying imagery, the area is actually very welcoming and boasts a thriving community of creatives involved in the theatre scene thanks to its close proximity to the stages of both Broadway and Off-Broadway.

Some of the best coffee shops for creatives to work in here are:

Located in the heart of the theatre district, Ground Central is very popular with remote workers thanks to its large communal tables, comfy sofas and free wi-fi. It has a laidback and vintage library vibe, with tons of books and interesting furniture. While there are plenty of outlets, it can get a little busy so if you need to quiet to focus, make sure to hole up in one of the little nooks tucked out of the way in the back of the store.

If you’re seeking a nice, quiet place to work with good wi-fi and friendly staff, then make sure to try out Paper Coffee in the lobby of the Made Hotel on West 29th Street. They have a range of high quality coffee, tea and baked goods available but a limited supply of outlets so it’s better for a few hours of work than for staying all day. The Made Hotel also has several other bars, restaurants and patios if Paper is a little too full when you get there. 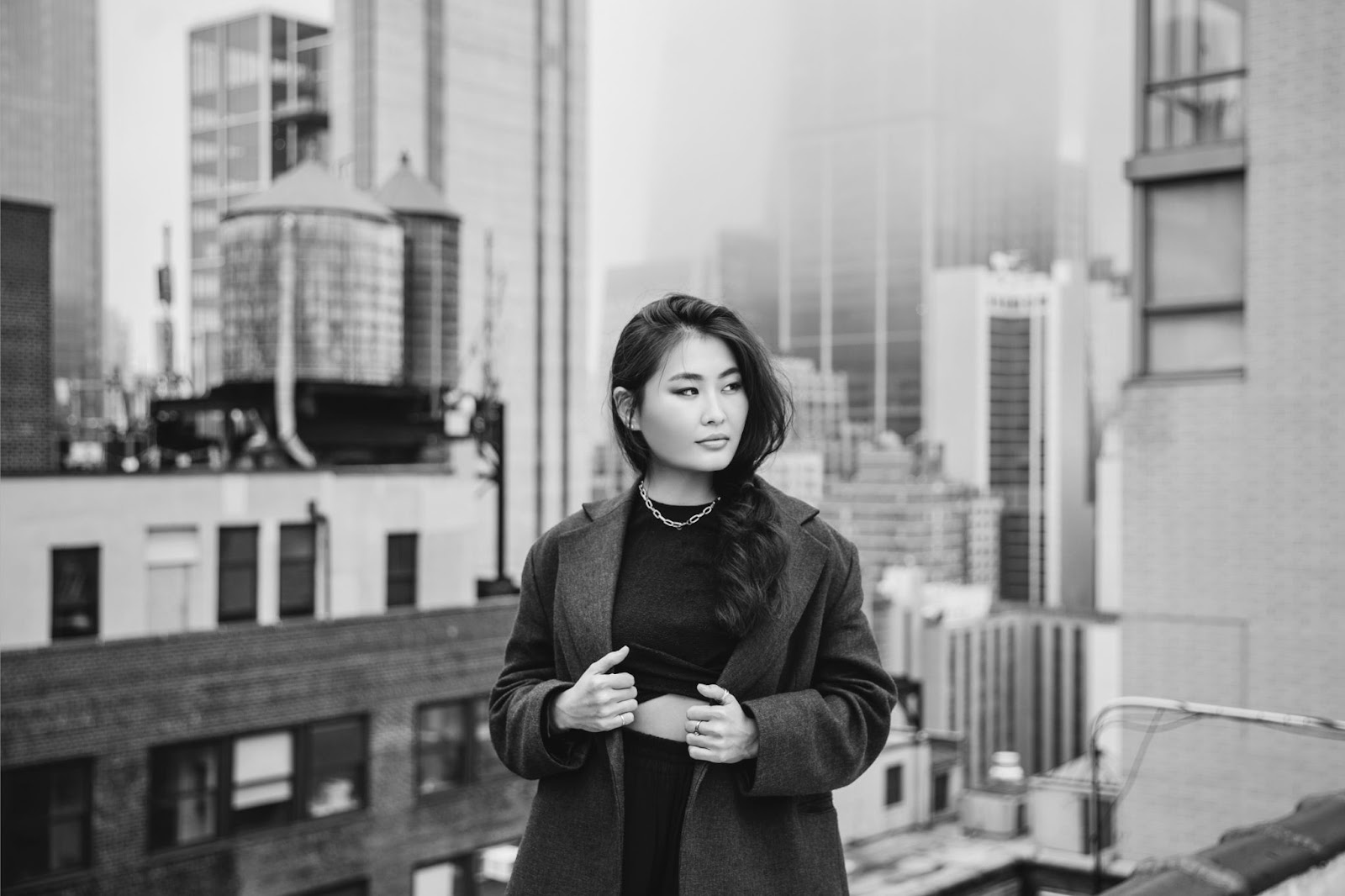 There are many big movie studios, television networks and countless opportunities to be found amongst the streets of Astoria, having been an entertainment production hub since the days of silent movies. The area is filled with affordable apartments, Greek restaurants and beautiful views of Manhattan, famed for helping the web-slinging photographer Spider-Man pay his bills.

While there might be a lot of really great coffee shops in Astoria, make sure to swing by:

After the recent COVID-19 lockdowns, lots of freelancers were looking for a place to spend time outside of their homes. Kinship Coffee has provided an answer for their local entrepreneurs by welcoming long stay visitors in each of their locations in Astoria. Their many tables are often filled with remote workers taking advantage of the free wi-fi, affordable menu and on-site roasting facility.

Thanks to its popularity, it can be tricky to find an available outlet. However, the locations are all open until 9pm so sometimes it’s better to come down later in the evening for a few hours, than be stuck in a bad spot all day.

Though Madame SouSou is on the smaller side, it still has ample seating, free wi-fi and a peacefully decorated interior that makes you want to spend more time on your latest project. During the warmer weather, they have a large variety of outdoor seating options for you to enjoy. They are well-known in the local area for their great coffee, tasty baked goods and friendly staff. 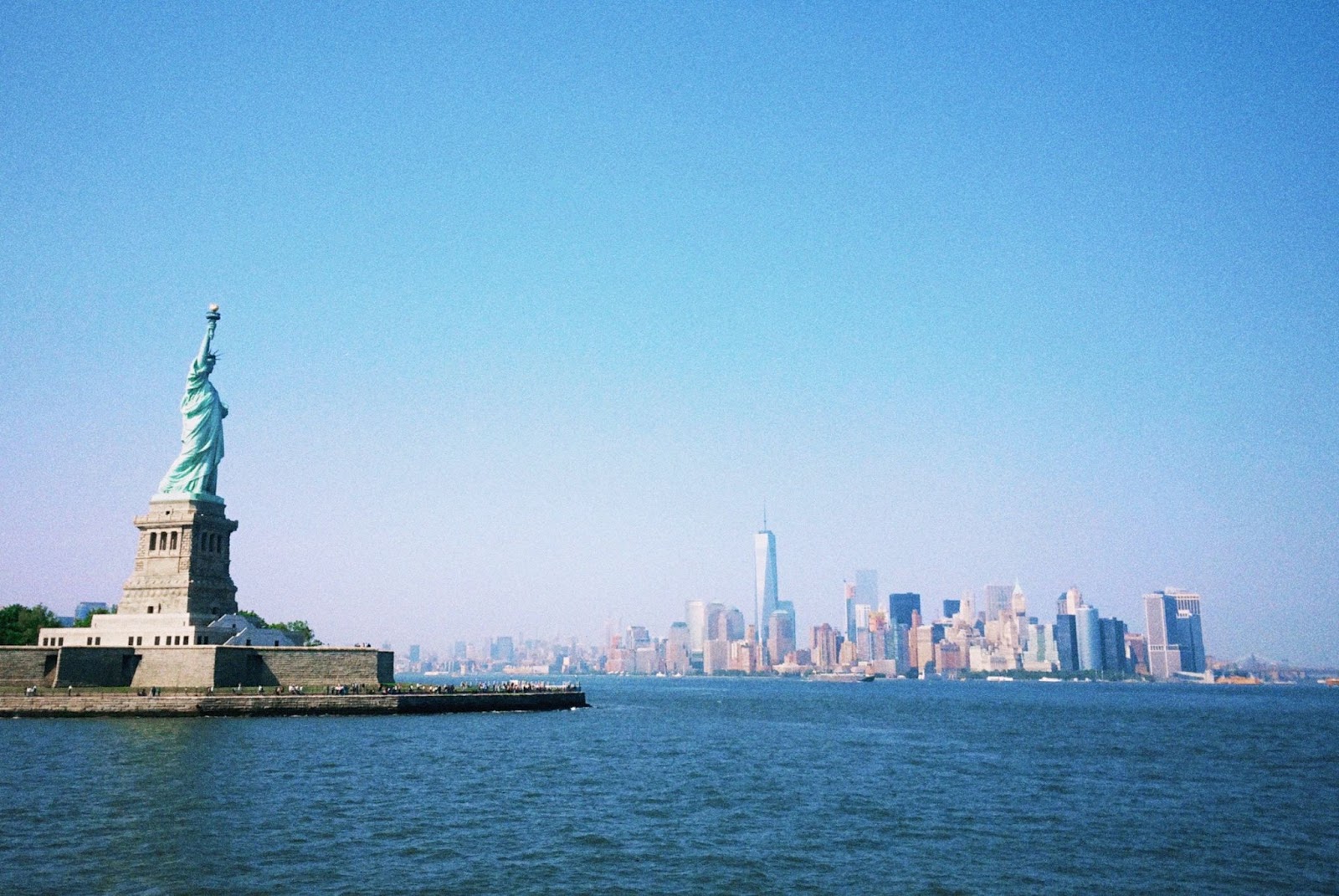 A piece of New York that feels strangely out of place, Staten Island seems to have more parks than it does people. It’s well-known for its abundance of green spaces, historic buildings and museums as well as the Staten Island Ferry with its beautiful views of the Statue of Liberty, Ellis Island and the Lower Manhattan skyline.

There’s nothing like working with a view, so be sure to try out:

Loved by the locals for its great ambience and food, The Mustard Seed is a charming little place where you can work for the entire day without needing to worry about buying another coffee. While their indoor seating can often fill up quickly, there are plenty of seats in their new outdoor seating area with padded chairs and sofa seats.

The only large used bookstore on the island, Every Thing Goes Book is located near the ferry to the main city for easy commuting. The store collects donations of used books and also doubles as a community center with a neighbourhood stage for performances and local art displayed on the walls, giving the store a real homely feel. They have great coffee, free wi-fi and plenty of seating both indoors and outdoors on their garden patio. 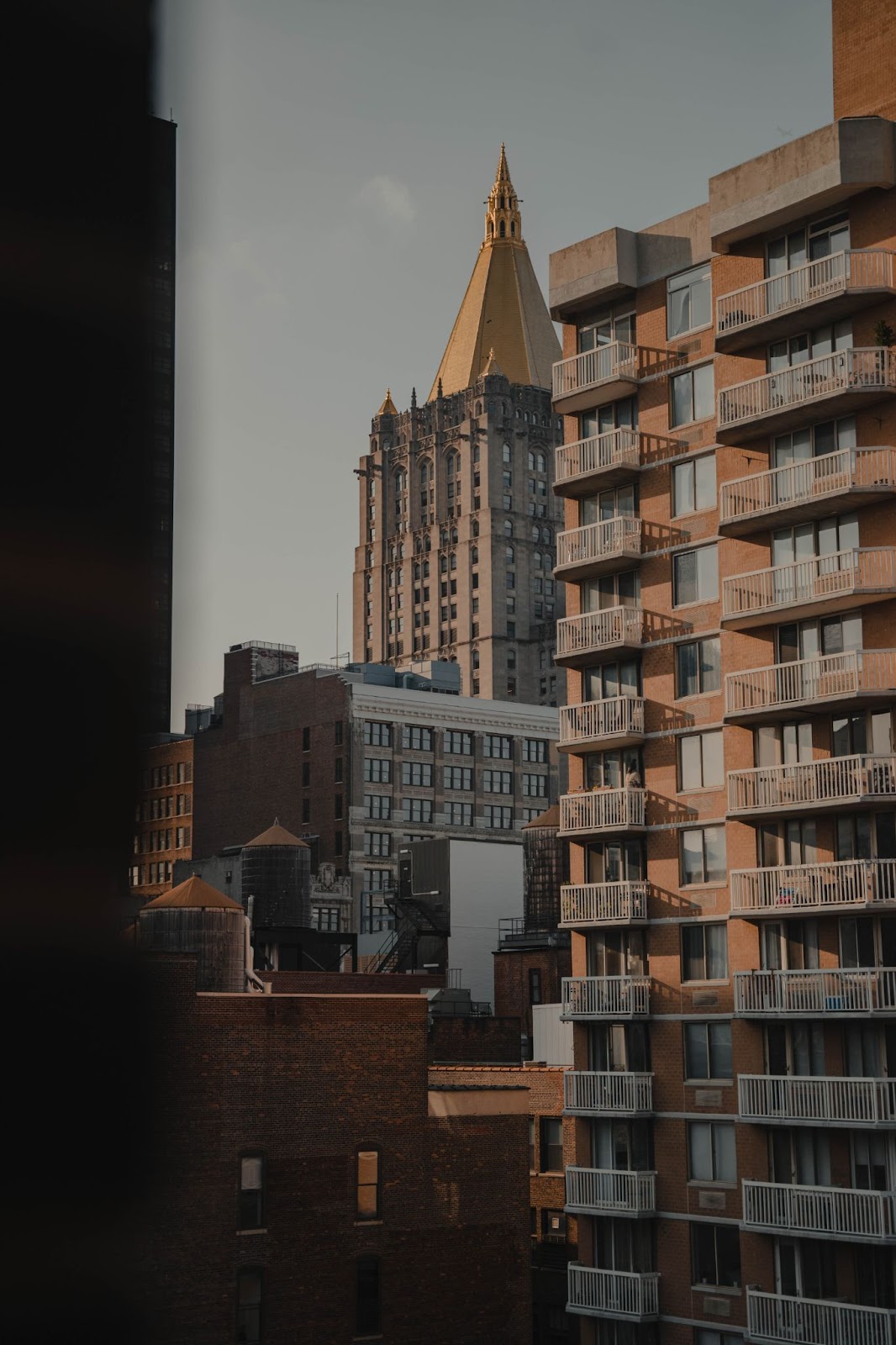 The Bronx has had a difficult evolution throughout its history. Since the area has largely been populated by migrants from Europe and the Caribbean, it has long suffered from high levels of poverty and crime thanks to the attitudes of those in power. This has resulted in a predominantly negative reputation that tends to keep visitors away.

For the majority, the Bronx is either about the local baseball team, the New York Yankees, or hip-hop. The borough has a flourishing music and art scene that focuses on local experiences and culture, reflected in the street murals and graffiti seen throughout the neighborhood.

For an inspiring environment and great coffee, be sure to check out:

Revered as one of the best places to work in the neighbourhood, La Casa Del Caffè, is run by the locals for the locals. It’s on the smaller side, so you’ll need to come early if you want a table for more than a few hours at a time. Their menu has been lovingly created by the owner, Anna, and is very reasonably priced, although it is cash only so make sure to stop by the ATM on your way there.

Tucked away in a corner of Little Italy, the Prince Coffee House is a great place to focus on your work. Its spacious interior has a bright and airy atmosphere and ample seating, even during its busiest hours. If you’re feeling stuck for inspiration, take a look at the stunning copper coffee pot installation hanging from the ceiling or the many patterns adorning the counters around you. Their homemade desserts and range of hot drinks will give you the energy to tackle those emails or edit endless numbers of photos until closing at 11pm - ideal for late night work or study sessions.

Recommendations From Our Members

Since I have not yet had the chance to visit the Big Apple for myself, I was keen to find out what the locals thought, so I asked Jorge Aragon, a photographer from New York and one of our new American members, to share his favourites with me: 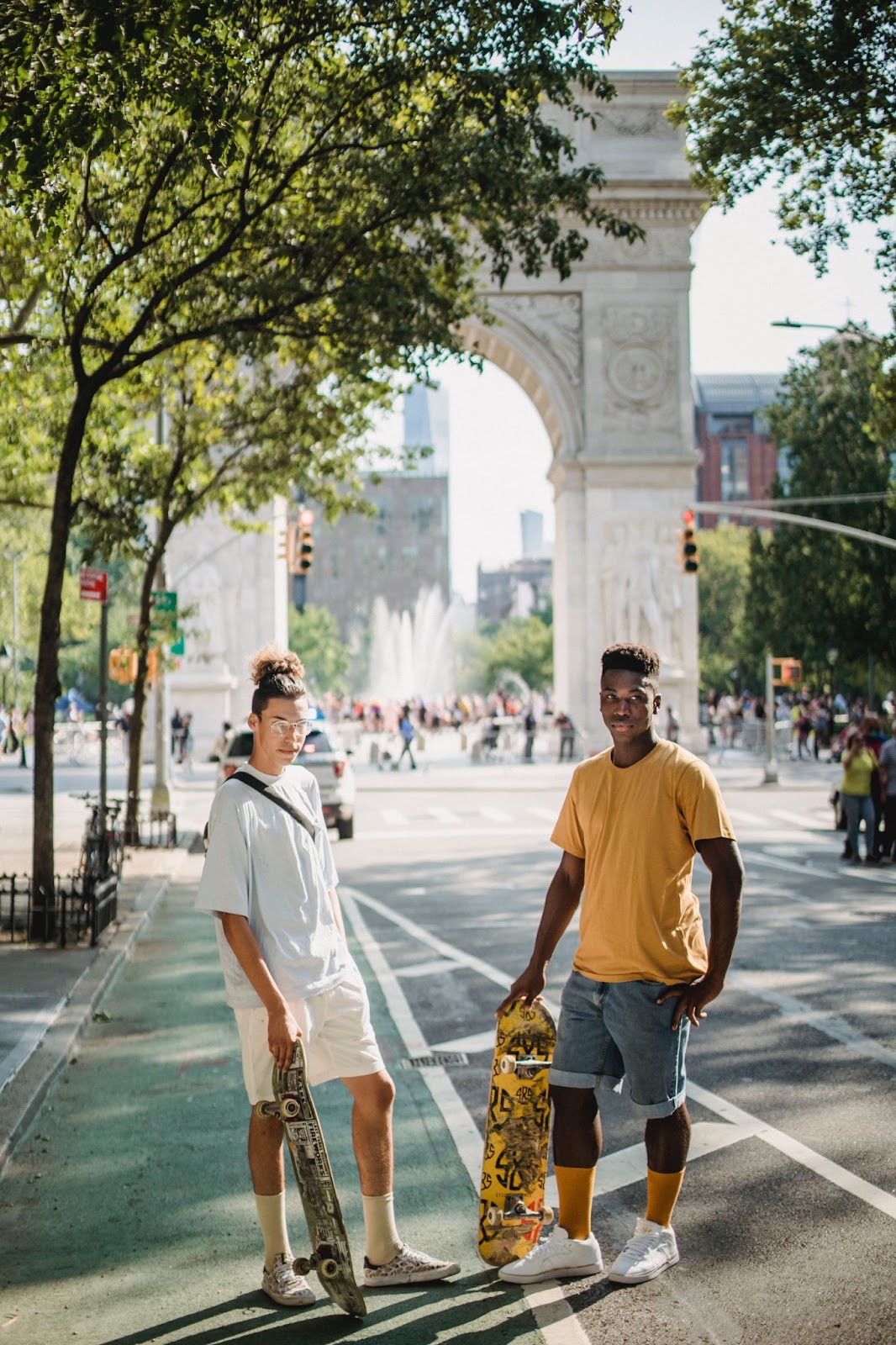 “Even though I don't usually work much away from home, NYC has many interesting places to accompany work with a coffee, or some dessert. My favorite area is the one near Washington Square park, where I find places like Irving farm or The Commons, Maman or Lena Greenwich Village, because I always let myself be tempted by a waffle or a tiramisu, or some croissant or seasonal delicacy.”

“In any case, the city has many spaces where you can go out simply for a moment of inspiration or to connect in other ways, such as in the markets and walks of the city (Chelsea, Essex, Fulton or Industry City to name a few) or even some parks with large tables and even free internet connection.”

While both traditional and home offices have a lot of benefits, there’s definitely something to be said for working in public surrounded by the bustle of life. By trying out different spots around the city, you’re sure to keep finding new sources of inspiration and new, like-minded creatives to collaborate and share ideas with. At very least, you’ll probably find some good coffee.