I’m currently writing this on a stunning Saturday afternoon at a local beer garden — like a true, stereotypical freelancer. Where I go, my laptop comes with me. I'm practically married to it. It simply comes with the territory.

The sun is shining, the birds chirping, the music playing, Mums and Dads keeping their kids in check while discussing mortgages and refinancing of their homes in the current market — all of it, completely out their control and in the hands of the government, banks, and corporate interests. Sure, it's a friendly affair and they are enjoying their 48 hour break from being accountable to their bosses, but there is a certain aura of concern surrounding them. It's as if they are not in control of their own destinies — and they know it.

As for yours truly, well—it’s just me, myself & I…okay, and a few cold ciders as well. I really wouldn’t mind getting Magners as a client one day. But, a boy can dream. And that’s just it, I can dream. I’m always dreaming. I’m a naive, pie in the sky, deluded freelancer. At least that's what the above party would probably think of me. I don't blame them...they've been given another perspective — only what society tells them to think of me.

Spotted! A thought-leader educating MPs on the value of freelancing at Parliament 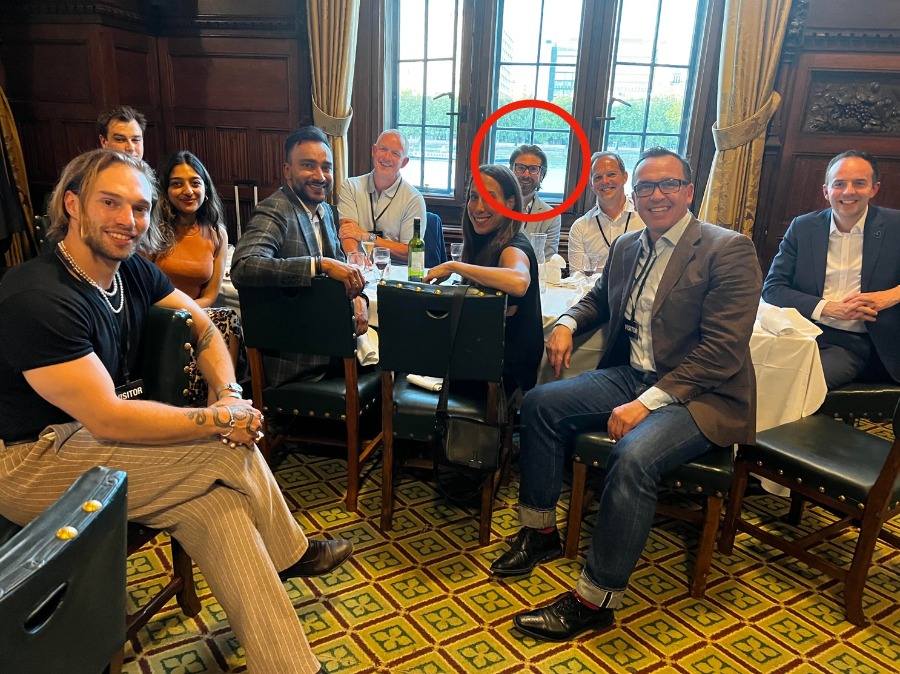 Our ship’s captain, Founder Matt Dowling, accepted an invite to a Parliamentary dinner early last month to represent our Freelancer Club community and discuss the ‘future of work’ with MPs.

What is so beautifully ironic (for lack of a better term) about the date of Matt’s evening, is that while he was outlining the value that freelancers contribute to the UK economy  to MPs in one room, on the other side of the wall our Prime Minister’s world was collapsing all around him and there was a media frenzy outside.

I genuinely get a kick thinking about Matt trying to fight our corner to a _____________(you fill in the blank here with whatever adjective you want to use) government about the invaluable role us freelancers and self-employed play in society—let alone having to explain what a freelancer actually is—all the while as our country was imploding.

Talk about classic timing! You couldn't make this up. Well, actually…with this current lot running the country….ya could!

A month on from that dinner and our PM has resigned, but still hanging around like a bad smell, a new Tory leadership sh*t-show has hit our airwaves, and the country has become a ‘laughing stock of the world’ again according to many fed up Britons who are sick and tired of these charades.

Politics, much like in America these days, has turned into daily WWF showbiz, and it’s a genuine concern for many…with their futures on hold and at stake. 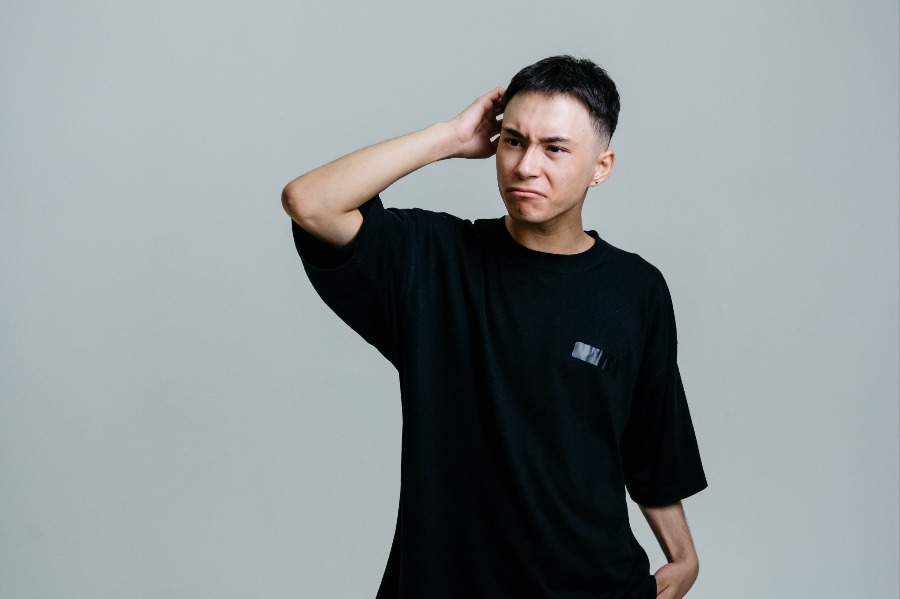 I don’t understand how all these people who hold down “proper jobs” are concerned about their futures due to things happening at the puppet show that are out of their control…but our society at large doesn’t hold any kind of stigma against them.

That is to say…someone who works at, I dunno, an IT consultancy with a steady 9 to 5, whose industry and firm was bailed out by the government during the pandemic and deemed fundamentally important to keep alive, is looked upon as someone indispensable when times get tough…

It would seem that working for a corporate company, in any capacity, in a department, is accepted and approved by society at large…it’s safe, it’s secure.

….but, a freelance producer, graphic designer, music supervisor, animator, content creator, photographer, performer, and many more creative crafts whose work single-handedly kept the country entertained, satisfied, and sane during the pandemic  and therefore categorically highlighting the fact that the arts are essential to buying consumers.  And yet, we are still looked down upon by letting agents as being in a “too risky” and “unguaranteed” field — and therefore we need a guarantor to sign our property papers.

I just don’t get it.

Does it have something to do with the term…“freelancer?”

If you want my honest opinion, for me…yes it does. The general public with their “proper” 9-5 jobs seem to be conditioned to be ignorant when it comes to digesting that word. They hear the word “freelancer” and immediately think “starving artist” who can’t make rent. The word itself has so many connotations.

What the hell is a freelancer, anyway?

If you ask the current government, the term ‘freelancer’ is associated with independent consultants that parliament hire to come in and advise on intangible crap and then get paid a hefty fee from their mates within. Funny that, innit? When the government hires a freelancer, they are deemed indispensable  but for 90% of the self-employed population, we’re tagged as ‘tax dodgers’.

The term itself derives from mediaeval times when independent mercenaries would fight for whatever nation paid them the most. They were “free” from loyalty to any King, and they came with some highly sought after “lancing” (as in spear) skills — invaluable to an army. They were free to lance for whomever — at the highest price. 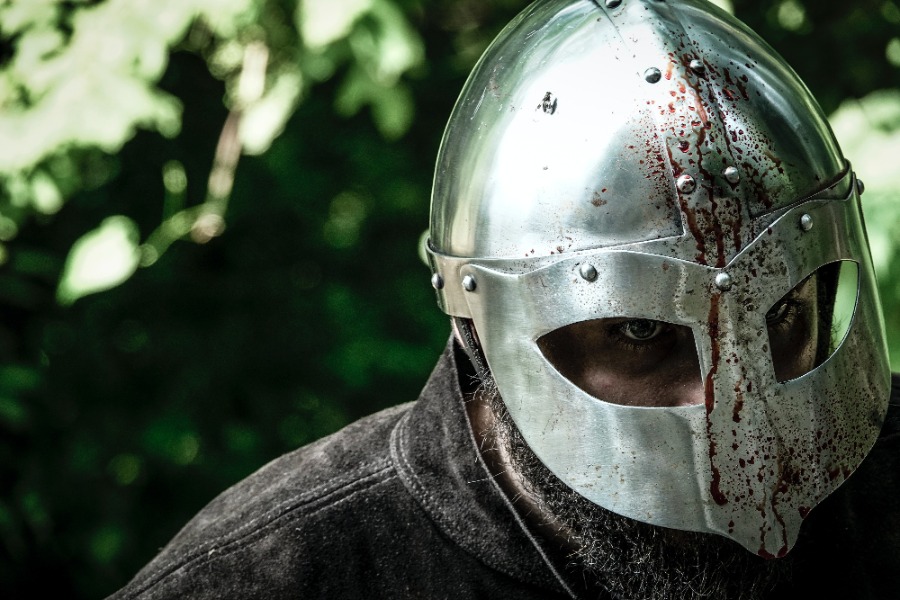 It’s actually a wonderful little factoid, but who the hell goes on Google today to look something up they don’t know anything about? Naw…it’s much easier to just join the hype - think of freelancers as low-paid artists who the likes of Sainsbury's don’t even value enough to offer a rate — check out  their shocking 2016 job vacancy circus where they wanted the services of an “ambitious artist” to work for free decorating a new canteen…. but who in turn would get “great exposure” working for such a big brand.

Absolutely shocking! That story still pisses me off today. Their public apology was typical of a corporate brand with stakeholders as well….it was all just arse covering.

The power of the personal pitch is paramount...

When people ask me what I do now, I don’t say “I’m a freelance copywriter” anymore. The look on people’s faces when I say that, nevermind those who have zero clue what a copywriter is — i.e, thinking I’m a lawyer who practises copyright law — is always priceless.

Their reaction to hearing “freelance copywriter” is… “okay, so you’re not good enough to be employed, so instead you’ve gone freelance and undercut proper marketing agencies with bottom-feeding rates and are probably single and childless because there is no way you can start a family with your income.” They don’t say it out loud, of course, but their face screams it.

They go straight to the negative societal stigma — i.e, what they are supposed to think — as opposed to being positive and impressed. Ideally, you want them to immediately respond… “Oh, wow! A copywriter good enough to attract his own clients that he wants to work with and be his own boss. You must be pretty good. Can I get your details?”

But this is the stuff of fantasy, not reality.

So nowadays, I get very specific and give people a 10 second elevator pitch. I tell all interested parties asking what I do that “I’m a one-stop-shop content marketing man whose core offer is direct sales copywriting across websites, emails, blogs and other comms — but I also shoot videos upon referrals as I ran a production company for 6 years. But, I don’t go around selling that now, copywriting is my main service post-covid for a variety of reasons.”

Immediately, they see a very skilled and confident professional with a pre-rehearsed personal pitch, that can save them from dealing with the extortionate costs of a Soho agency and having to go through an army of Account Managers on every bit of correspondence.  They get to work with Alan only. And Alan’s good…you can trust him.

The power of the personal pitch is invaluable to me. I simply do NOT say “I’m a freelance creative” to anyone anymore.

‘Will the defendant please rise?’ - as the famous courtroom saying goes 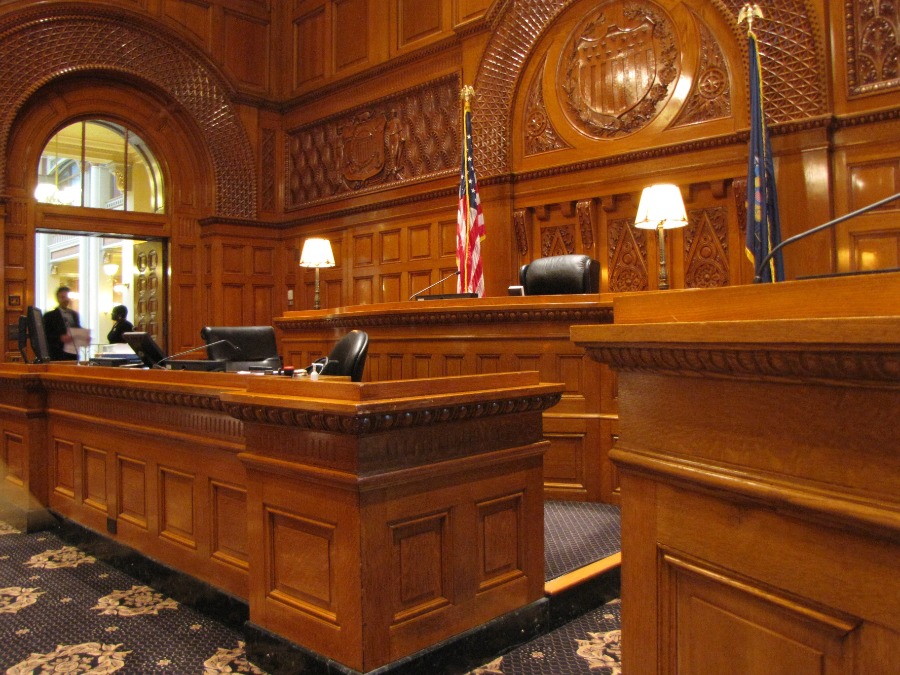 Another thing I love doing when fighting for the freelancer corner against this stigma is making solid arguments and providing evidence, like I’m in a court of law addressing the jury.

It’s one thing for me to simply share my personal opinion about all this across a dining room table and sound no better than the millions on social media who like to piss and moan about life’s unfairness…but what makes people go quiet and actually listen is when I turn into a lawyer and spin this stigma back on the prosecutors. Play them at their own game.

My favourite scene in Whiplash: https://www.youtube.com/watch?v=RSDmo-gJ8XY  — which gives a bit more context.

A jazz drummer left to fend for himself amid an onslaught of dinner-table family guests interrogating his career choices while the others who choose politics, athletics, and education are praised. This scene is so expertly executed from Damian Chazelle, where he writes verbatim a time when this clearly happened to him. It is so real — and so many of us creatives can relate.

Okay, so maybe the times I have done this, they may not have been quite as dramatic and emotional as written by Chazelle for the sake of a good scene. But, I’ve still found myself fighting my corner before while family, friends, and peers definitely try to comprehend why the hell I would choose the arts at all, let alone freelancing in the space — and not pick a normal profession that will probably be automated soon.

I remember once for example when an Aunt was curious about my future and plan of action to sustain a living knowing the fact I went to art school and did what's known in this country as a “soft degree.” Her two kids, my cousins, both hold down “proper jobs” — or at least proper jobs that meet her personal standards of such a term.

I was staying at hers at the time upon moving back from the States, in order to find my feet before cracking on with life back home. The audacity to ask me such a question while she had her feet up on the coffee table, with a cuppa tea, literally watching the “the arts” and then seeing a long list of scrolling credits at the end of the show where hundreds of highly trained and skilled sub-contracted creative professionals were acknowledged for their work.

At this time the film & tv market, let alone the creative industry at large….was starting to blossom in the UK. Only a few years later, in 2016, would the country see a record breaking year of people working in the creative sector — just over 3.5M. Fast forward to 2020, before covid threw an obvious spanner in the works, the average salary for a freelancer was £65K a year, whereas a full-time employee at the same time was around £31.5K. In 2021 alone, coming out of the pandemic, freelancers were contributing £147billion to the UK economy — perhaps this had something to the role we played throughout lockdown? Our highly sought after skills were, like, err, needed?

So, where do we go from here?

I won’t go into detail of how my particular scene with my Aunt ended, but let’s just say I don’t think she was remotely prepared for my lawyering of the situation. She went very quiet, very quickly — then we went back to watching channel after channel of “soft degrees” on tv.

But, my point is, if we want to fight back against this stigma surrounding the term…”freelancer”....we have to all play our part and not be shy in having our self-respect, value, confidence, and economic facts handy for deployment on the battlefield. Don’t let them win with their ignorance and nine-to-five pay-check.

Just like our free-lancing ancestors in mediaeval times, we all come at a price too. Always let them know it!