Before we dive head first into details about freelance UX and UI Designer rates, it’s important to fully understand the difference between UX and UI Freelance Designers in terms of their respective roles.

If you're a freelance UX or UI Designer here looking for advice on rates, click here to browse all freelance design jobs on the Jobs Board.

If you're a company looking to learn more about setting the right price for your job, click below to post a job for free using our 'Budget Projector' tool or read on.

What do freelance UX and UI Designers do?

User Experience (UX) Designers carry out research and testing to ensure that the user's journey is an enjoyable one that’s rewarding and easy to navigate.

A User Interface (UI) Designer, on the other hand, designs the aesthetic elements of an app, website, etc. to create a seamless user journey. They create the mechanisms (buttons, tabs, menus, swipe functions etc.) that customers use to navigate their way through a specific interface.

In short, UX Designers create a map of a user's journey and UI Designers bring that map to life by creating digital features that allow users to easily follow the prescribed route.

Having undertaken a fair bit of research across a number of resources and tapping into the Freelancer Club database, here’s what comes out:

UX and UI Designers provide a range of services and some of these services will be priced differently. For example, you may be looking for a UX Designer to work on wire framing or user research. Whereas most UX Designers will offer multiple services, some specialise. Here is a breakdown of a few UX Designer services and their average hourly rate. 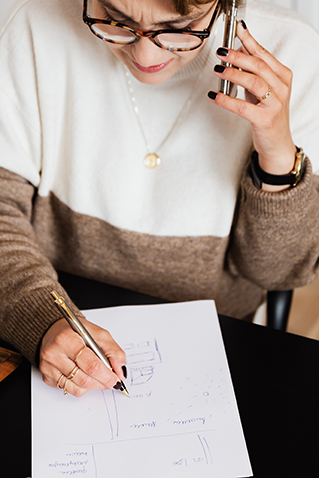 Factor in experience and qualifications

While the rates stated above give a general idea of going rates, it’s important to realise that there are a few different factors that can determine a UI/UX Designer’s rate.

As in many professions, whether full time or freelance, the more experience and better qualified a candidate is for a role, the better they expect to be paid.

Therefore, a Junior Freelance UX Designer's day rate would understandably differ somewhat from that of a Senior Freelance UX Designer. The same would obviously apply to Freelance UI Designer rates. Interestingly,  the location of the UX/UI Designer is becoming less of a factor due to remote working becoming even more ingrained in the way we work. However, clients are still raising concerns about poor communication and a lack of interest in their mission which will impact the rate they are willing to pay.

Another factor to consider when working out what budget to set or rate to quote for a UX or UI Freelance Designer is the scale and complexity of the project you're hiring them for.

Some processes involved in your project may take longer than you think for a UX or UI Designer to work through and complete.

Therefore, it’s important to discuss what's involved with your project with these freelancers before setting a UI/UX Designer rate.

While I answered the common question “what do UX and UI Designers do?” above, it’s really worth emphasising that UX and UI Designers often work in tandem, as both play an important role in bringing a new product to life. Their ability to collaborate and integrate into your team will be a key consideration when choosing who to hire.

Therefore, when working out a Freelance UI/UX Designer rate for your next project, make the time to chat with both UX and UI Freelance Designers to ensure that you produce a well thought out, easy to use product.