Whether you're an experienced freelancer or just starting out, the benefits of getting involved in test shoot collaborations are plentiful.

In 2021, our members produced test shoots to learn and practice new skills, try out new ideas and techniques, realise a concept, highlight a cause, connect with other creatives and create work for their portfolios.

In this article, we look back at some of the standout collaborations posted by our members in 2021 that caught our attention.

If you’re inspired to set up or join a test shoot while reading this piece, you can do so here in just a few clicks. 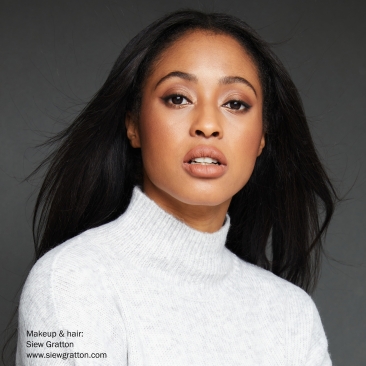 Rachel, a photographer and Siew, a hair stylist, illustrator and MUA , partnered up with models Ruby Tavola, Bárbara Gomes Zanovello and Quaygan A for their test shoot, and the three models played an important role in helping Rachel and Siew bring their ideas to life.

Test shoots enable freelancers to connect and try out original ideas which is exactly what Rachel and Siew did through their collab. The two creatives married their respective skill sets to create looks that they were both really happy with.

Based on Rachel’s review of the test shoot, I think it’s fair to say that we can expect more quality test shoot content from these two creatives in the future. The bonds formed when collaborating can last a lifetime. Many of our members tell us they still meet up and work with creatives they met at a Freelancer Club event or via the platform years later. 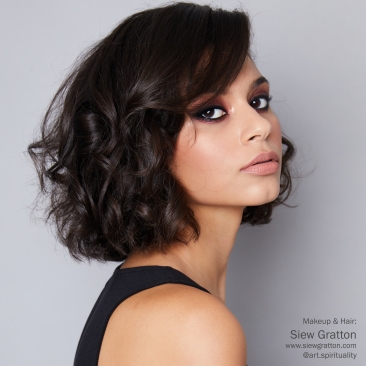 “We shot three models with various looks, make-up and hairstyles. Siew did an amazing job with the models. I couldn’t have done this shoot without her.”

Watch this space for more exciting collabs from this dynamic duo. We will undoubtedly be featuring their work in the future and can't wait to see what they produce next.

Check out their test shoot in action here:

All of the creatives involved in the shoot were either first, second or third generation migrants and JC therefore decided to explore the concept of the migrant journey and in particular, the way in which these journeys are carried by the individuals who experience them. For context, it’s well worth reading what JC had to say about his concept and his motivations for organising his test shoot:

“We thought that clothes as well have some sort of journey, as they carry with them the journeys of the people that have worn them in the past. We wanted to link those two ideas into one concept that we called El Viaje." 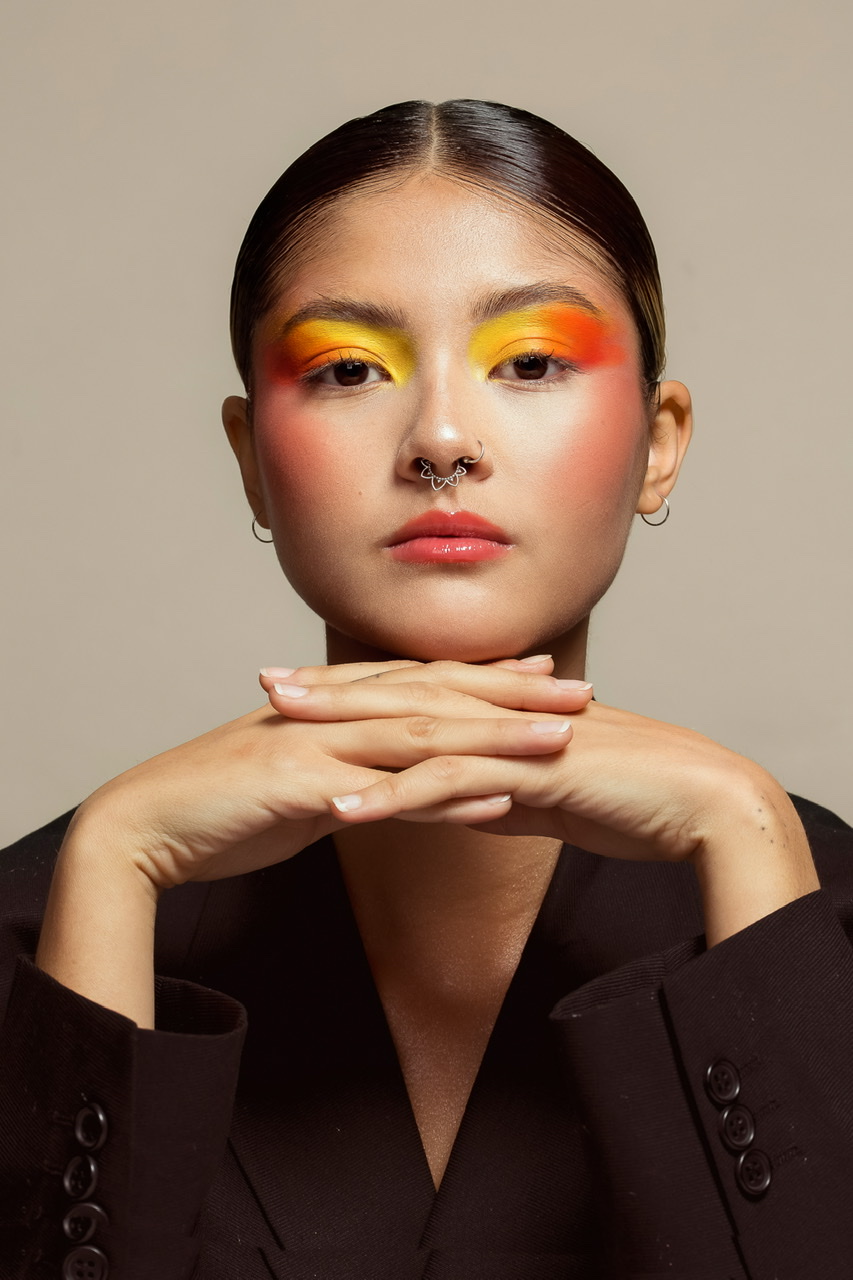 If you’re a fan of colorful, vibrant and edgy editorial looks, you’ll love the images that were produced at a test shoot involving Freelancer Club member, MUA and hairstylist Ellie Nightingale last year. She teamed up with photographer Moa Thörneby, model April Aice and stylist Ida Balmond to bring some really cool ideas to life.

We’ll let the images speak for themselves! 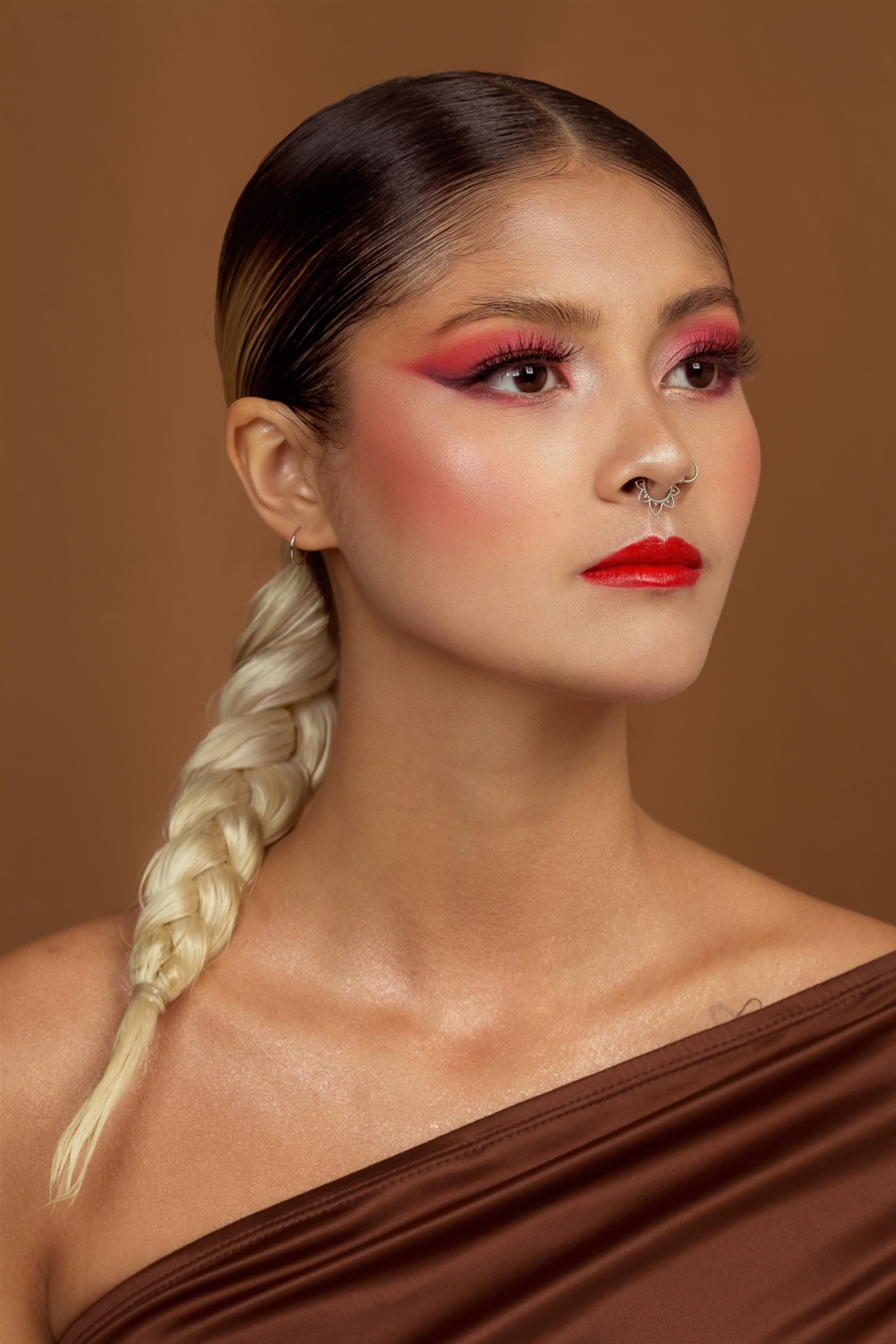 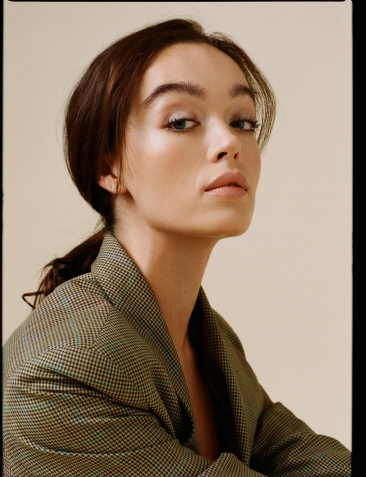 It’s fair to say that the simple colour scheme used by the team certainly makes the photos and their subjects stand out in a subtle, yet impactful way. Studio shoots can be used to produce minimal work or as a canvas for creative expression. Don't be fooled, minimalism when collaborating is no easy task. Creative minds have a tendency to want to express themselves and it takes control and discipline to reign that in and stick to the brief.

Emily and her team have executed this shoot to perfection and the results are beautiful examples of autumn tones, high-end fashion with a clean backdrop and powerful imagery. A nod to model Sophie Gordon who's soft but sophisticated pose adds a layer of class to the images.

If you’re a regular reader of our blog, you’ll surely remember the inspirational collaboration that Ella organised last year to help raise awareness of breast cancer. 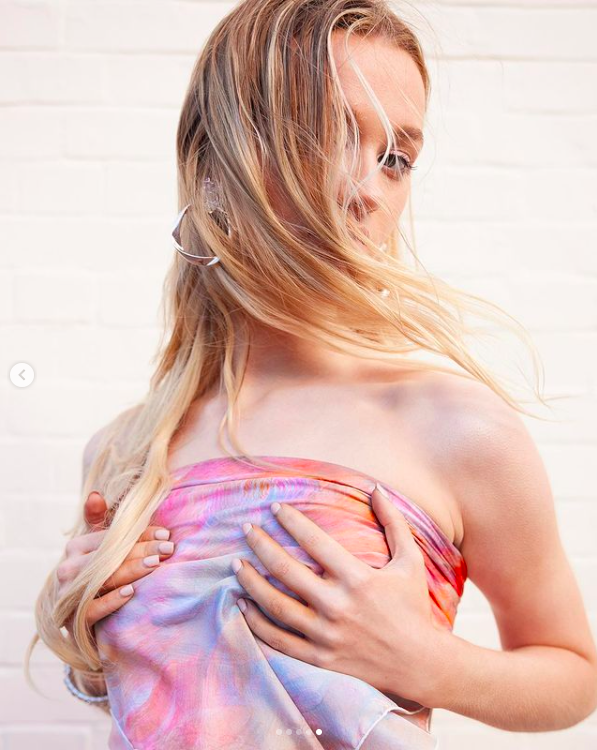 “Using Freelancer Club has been so helpful with this shoot. I have found a good few models on it as well as an assistant MUA. It’s a great way to connect with other creatives who are like minded and want to get involved in a shoot like this”. 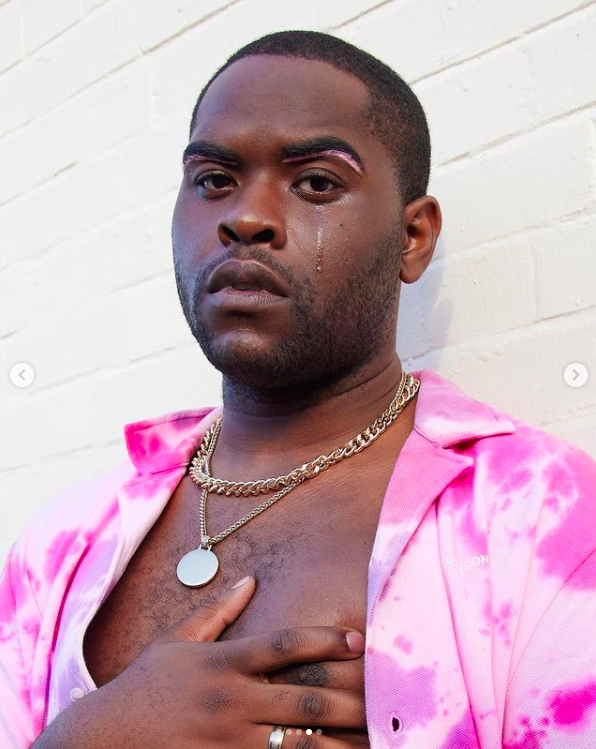 Want to learn more about this important shoot and the creative team behind it? Grab a quick coffee and read Ella Judge: Promoting Important Causes Through Freelance Collaboration.

Be prepared to be inspired - you’ll be Googling ‘test shoots near me’ after reading this and creating moodboards by the dozen!

If there's one thing we can take from Ella's test shoot it's that not all collaborations are purely for portfolio use alone. Ella, like JC Candanedo above, used the test shoot format to produce creative work for a higher purpose. Not only will her team get to add new professional images to their book, they will be furthering a really important cause that impacts 1000s of people everyday around the world. 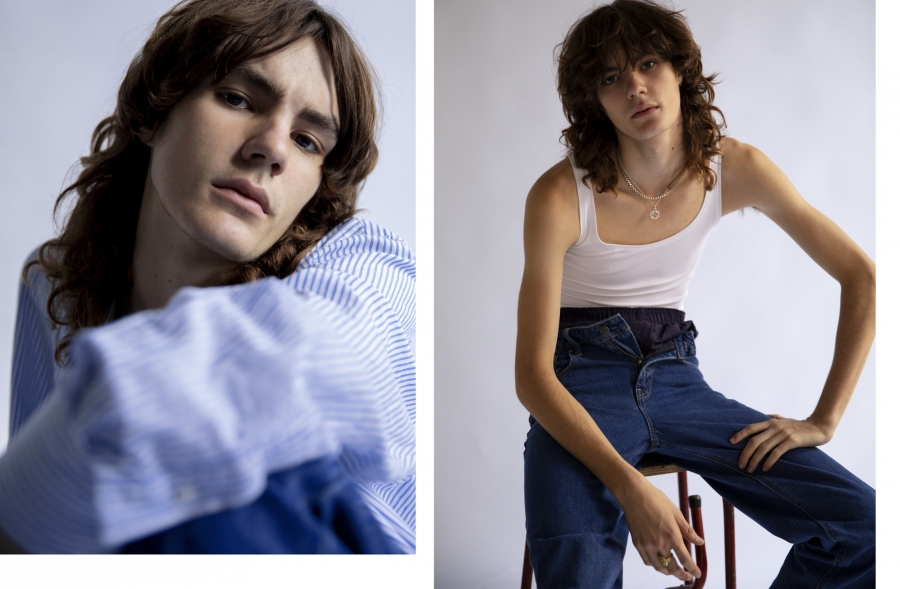 Model test shoots allow models, photographers and other creatives to work together in order to build up a suite of images that they can include in their professional portfolios.  Whether you're new to the freelance scene as a model, or you've been around a while, it’s worth reaching out to photographers you like and asking if they’d be up for doing a test shoot. At the end of the day, you’ll both get original work out of it that you’ll be able to add to your portfolios!

If you’re asking where are the test shoots near me after reading this article, browse the many live collabs that are currently available on our Collaborations Board. 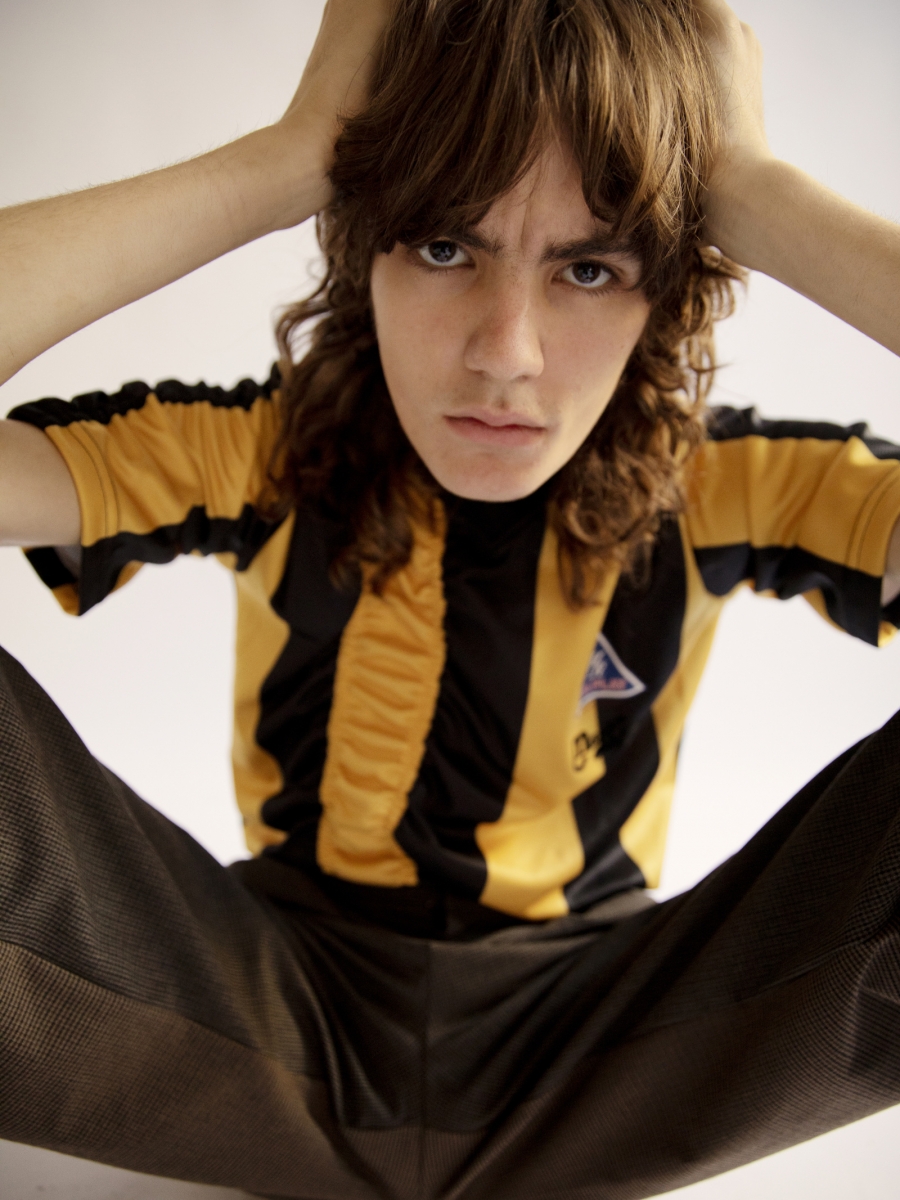 Sometimes it’s easier to find the courage to try something new after you’ve seen examples of others doing similar things in an interesting and inspirational way.

Want to get involved in model test shoots or any other kind of test shoots for that matter? Check out our full listings of available projects here or post your own test shoot here.

Don’t forget that test shoots offer creatives the opportunity to connect with like minded freelancers, get their creative juices flowing, try out new ideas etc.

So, what are you waiting for?

It’s time to get test shooting.

Want to learn more about model test shoots? Check out Why Test Shoots are Not Unpaid Work. Looking to find ‘test shoots near me’? Search for a test shoot happening in your locality here.