GUESS WHAT, FREELANCERS? IT'S OKAY TO BE VULNERABLE

Hey there mi familia, how the hell are ya? It’s been a while.

Just shy of 2 months ago…I was in a pretty different mindset and this last Freelancer Club piece came pouring out of me.

I was pissed, I was done, I was over it. I had an axe to grind with the bullsh*t us highly-skilled, hardworking freelancers deal with on a daily basis from the snobbery in society that looks down upon us from its ivory-tower.

Like a loyal boxing coach, I stood proudly by the freelancer’s corner for yet another fight.

Actually, oh contraire…I put the gloves on and entered the ring myself. This was my fight, and I felt indomitable. 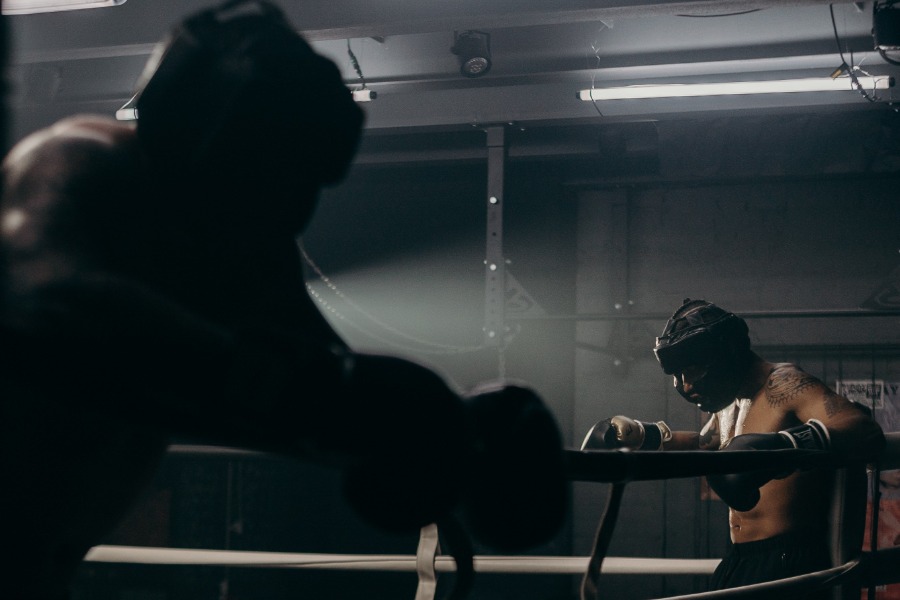 24 hours is a long time in the freelance world…

When the piece went live, there was definitely a sick little thrill that passed over me knowing full well I’d be quite comfortable with anybody reading it — client, colleague, or an ignorant friend who thinks ‘freelancer’ is merely a synonym for ‘ broke useless layabout’ with no tangible skills to get a “proper job.”

Alan, let’s stop you there! Before you go off on one again!

Don’t worry, I’m not going to. I left everything in the last article, and if you haven’t read it yet..I encourage you to do so now, as it will give more weight to this one.

Evil fate would have it that the next day after its publication, the fiery confidence I had just advertised about myself was ripped away by a new, get this, freelance marketing director (yeah, they exist now too). She contacted me in writing to thank me for all the work I’ve done for the client — whom I’ve known for about 6 months longer than she had, and was personally hired by him — but unfortunately had to relieve me of my duties as she felt I “wasn’t a right fit” going forward.

They wanted to bring in another writer with “more experience in this particular area.”

That was coded business talk that meant something else (the truth), but what client is ever going to be honest and personal in an email like that?

I know what you’re thinking…“But Alan, it’s never personal…it’s just business.” Nope, I disagree — I cover that in this piece here.

My lack of client connection clearly cost me…

On this particular project, one which I have been a part of since March, my entire relationship with this client has been ‘strictly business,’ as they say. The only thing I really knew about my client was how he looked and what his voice sounded like. That’s it. I knew nothing else about him, or even his masterplan with this startup endeavour — we never really had that conversation.

It was only emails, quick Google Meet catchups, and lots of conflicting comments on Google Doc files. One comment would say this, the next would totally contradict it.

Okay…I knew he was married with a son. But that’s really all…

We never got to know each other. Nature is very good at taking its course this way — I suppose I never really felt a natural urge to want to get to know him. Our relationship was simply transactional. 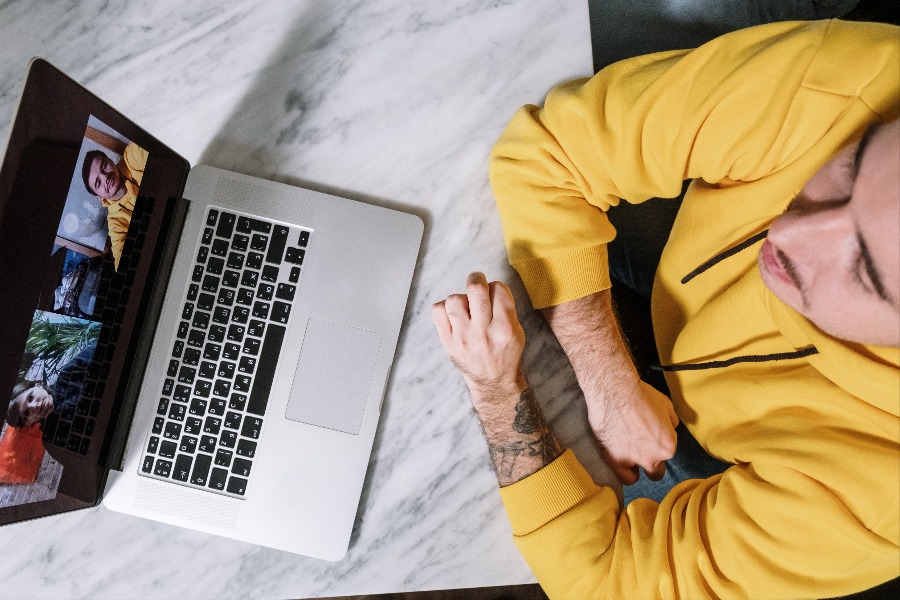 Then he brings on board a new marketing director who’s just left the Universal Music Group to start running the team (to be fair, props to him for making a big move like that), and that was the final curtain for me really, as it meant I lost my direct hotline to my client, and would be working for someone who really was all business, business, business.

Alan, what the hell do you mean “show vulnerability with a client?”

Yeah, it’s an odd concept to digest, isn't it?

But what I’m getting at, is the fact that this particular client and project was tough work and a little out of my comfort zone. Naturally, me being me and wanting to confidently display that I can always ‘walk-the-walk’ as a freelancer, no matter what, was poor judgement on my part here.

I was struggling to deliver what was being asked of me.

I don’t mean the technical things like missing deadlines, taking forever to respond to emails, or having dodgy wifi at home and regularly dropping out of calls — all of these are things that can be easily fixed — no, I mean the real kind of struggle.

Yes, his company was an early-stage startup. Yes, he was paying for everything out of his own pocket. Yes, it was an ‘all-hands-on-deck’ crazy working environment with everyone. Yes, he was probably taking up a little too much of my unpaid time. And yes, all of these factors did contribute to my struggle, but if I’m going to be honest with myself here — well, I’m simply looking for excuses.

I was struggling to deliver what he had hired me to do because I did not tell him I was lost, and wanted to talk. I could have opened up, been honest, explained the reasons as to why my work was affected.

“Look, Mr Client, I have zero clue what you stand for…”

“Mr Client, I have zero clue what makes you different from these people over here…even though every time I’ve brought it up in the past you never give me a straight answer and just gloss over it like it’s not important, and that I’m asking a stupid question.”

“I have zero clue where to even begin finding the right tone of voice and messaging for your company and am merely delivering work in plain, basic, neutral language just to send you something and hope to god I don’t get it wrong. Then invoice, then move on.”

“I have zero clue who we are even speaking to on the website. Who do you want visiting your website? And who is this person? Where are they in their life? What problem are they trying to solve? How do we help them?

“Basically Mr Client, please just give me some damn answers! And if you can’t, that’s okay. But, I can’t help you and I wish you the best of luck with everything.”

Get off the emails and instant messages…and give the guy a damn call! 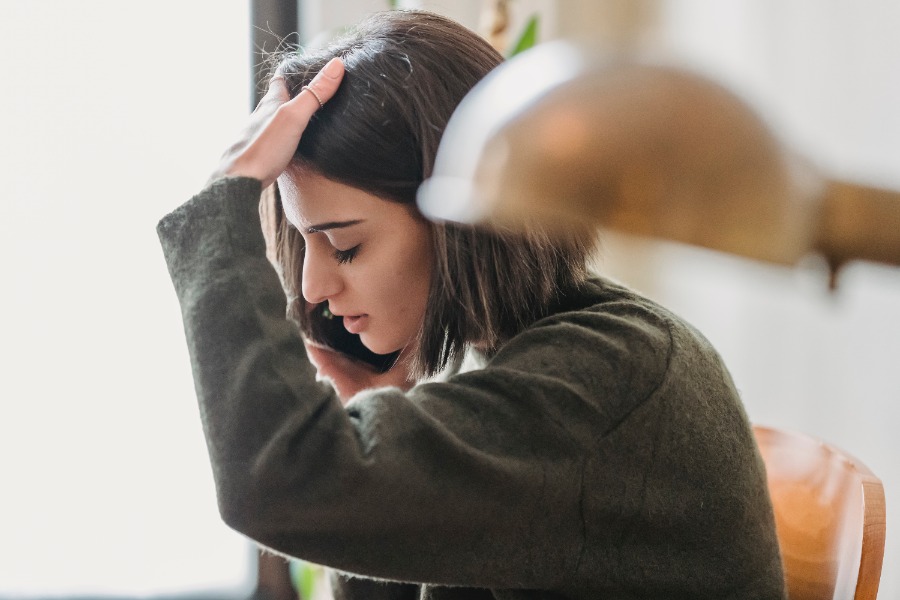 A wise person once told me that deep down, people enjoy being helpful

As I’m being really honest and open here…let me go ahead and be a little more honest.

It would be really lazy of me to say that freelancing has solidified my view of the world, and made me more cynical than ever before. But I don’t want this to be the case, I really don’t.

I want freelancing to change my view of the world. I want to build better relationships with people than I ever have before.

And I think in order to achieve this, I need to drop the cynicism and embrace the idealism.

I need to start really believing that deep down, despite everything else, people genuinely like being helpful. People like looking out for each other. People like having your back.

What better example to share than that of right here, at our very own Freelancer Club…?

The above story, alongside other client stories (perhaps for another time), and an exhaustive US immigration debacle I’m going through right now — is the reason I’ve gone awol these past few months. I lost all motivation to write about anything, because….what’s the point? Nothing ever changes.

Yeah, it’s fun and all ranting and raving on the page about clients, but what does that really achieve? I was ready to throw in the towel. I just didn’t care anymore. 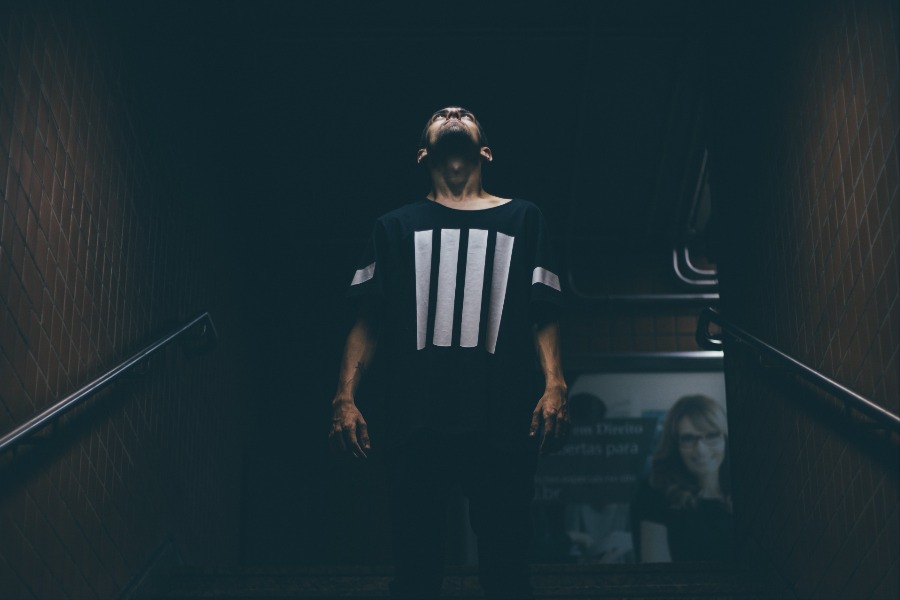 Instead, I swallowed my pride and sent the man who hired me, founder Matt Dowling, a personal message about my struggle and my concern with the work I was doing — and look at what it’s led to here…

Look at what we discussed. Look at how Matt was more than willing to listen. Look how he wanted to help.

Guess what freelancers? — it’s okay to be vulnerable.