OUT OF WORK AND OUT OF POCKET. THE UK'S FORGOTTEN FREELANCERS.

If you haven’t had a chance yet, jump on over to the piece we wrote on Tuesday, where we summarised all the details you need to know about the announcement - the increase to the third SEISS grant, the criteria needed to apply for it and more.

Here at the Freelancer Club, we don’t feel that the government has done enough for freelancers. Not nearly enough in fact.

While we welcome the increase to the third SEISS grant, we were absolutely mystified by the government's decision to continue excluding hundreds of thousands of freelancers from accessing the SEISS support scheme. Financial expert, Emma James, yesterday echoed our sentiments during a Freelancer Club webinar.   .

“There’s no longer an excuse for those who've been excluded. It was somewhat understandable back in March and April - they were trying to put a scheme in place quickly, everyone understood that. But we are now many, many months on and there are a lot of people who have had no income over that time. There’s no longer an excuse for these people to continue to be unsupported,” Emma explained. 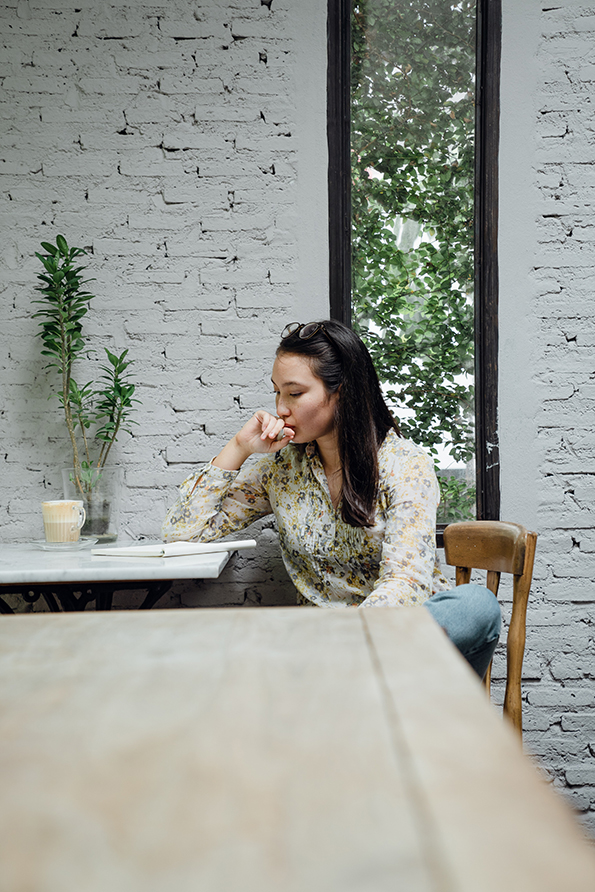 Since Tuesday’s announcement, we’ve heard from countless freelancers who have, yet again, found themselves excluded from the government's support scheme.

They’re the forgotten freelancers of 2020. The self-employed left behind.

We want to highlight the experiences of some of these self-employed individuals in this piece. We want to give them a platform to demonstrate how the two lockdowns have affected their freelance businesses and give them the opportunity to express their feelings about the government's support of freelancers thus far.

Photographers Nadia Correia and Ivan Weiss have both been badly hit by the lockdowns, as neither are eligible to apply for the SEISS grants.

Speaking about the first lockdown, Nadia said that as a director of a limited company, she was left with very little support from the government.

“The first lockdown was an absolute surprise. In a matter of two days I got all my options cancelled and left without knowing how to address things from then onward,” she said.

She also explained how being the director of a limited company did not do her any favors with regards to accessing SEISS supports.

“As a Ltd company I was left without little to no options. I could either get a 12 months interest free loan or furlough myself which is not really an option as a sole director’s company,” she explained.

Following the announcement of the first lockdown in March, Ivan Weiss shut down his business.

“During the first lockdown I had to close down operations completely, leaving me with no income,” he explained.

Both Nadia and Ivan now face into a second lockdown without sufficient financial support from the government.

Asked how Novembers lockdown will affect her business, Nadia seemed unsure yet hopeful saying “I am not sure but I guess it won’t be much different from the previous one. Although it seems (for now) that we might be able to carry on working as normal.”

Ivan on the other hand, seemed more certain about the negative impact of a second lockdown on his business.

“I will have to close down again from midnight tomorrow,” he said.

Although many self-employed individuals who are not eligible for SEISS support, such as Nadia and Ivan, can apply for financial aid in the form of bounce back loans and Universal Credit (UC), it’s clear that these options don’t provide sufficient support to the excluded self-employed.

As Ivan explained “I am not eligible for anything other than Universal Credit which is barely enough to live on, let alone keep a business ticking over with all the necessary subscriptions, insurance, rent, etc. still to pay, even while I am inactive.”

When asked if she feels supported and valued by the government Nadia echoed Ivan's sentiments saying, “Not at all. There is absolutely no support for small businesses.”

Those new to freelancing have also been left out of the government’s SEISS support scheme.

Graphic Designer Esther Shelley has been excluded from accessing any of the three SEISS grants issued to date. When asked if she felt supported or valued by the government, her response was not particularly positive either.

“Not at all sadly! I became a full-time freelancer in May 2019, so hadn’t submitted a significant self-assessment tax return, and I therefore fall into the category that won’t receive any help,” she explained.

Esther also highlighted another issue that we’ve heard from numerous members of the freelance community since March. Under the furlough scheme, companies are taking on senior furloughed creatives for free and in doing so, are taking much needed work from freelance creatives.

For example, Esther explained that she’s noticed many companies advertising design jobs as “furlough designer volunteer roles”, quite a brazen and unethical move for these companies to take.

“This strikes me as extremely cheeky. Companies know there are a lot of creatives furloughed, and they are taking advantage of that and getting free work that might otherwise be paid work for freelancers,” she said.

While she acknowledged that the “furlough scheme is supporting so many people”, she is fearful that we will continue to see companies manipulating the scheme for personal gain, to the detriment of many creative freelancers.

“I think it’s damaging job opportunities for freelancers, so I’m concerned that will continue to happen this month,” Esther said.

Seven months. That’s how long Nadia, Ivan, Esther and hundreds of thousands of other self-employed workers have gone without proper financial support.

They are the forgotten freelancers, the self-employed left behind, excluded from receiving sufficient support from our government.

As we hunker down and ready ourselves for a second lockdown, we’re calling on the chancellor to urgently review the eligibility criteria for the SEISS support scheme. We want more of the excluded self-employed workers to be able to avail of the grants within this scheme.

Another seven months of exclusion is not only unacceptable, it’s downright unethical.

It’s time for the government to include the excluded.